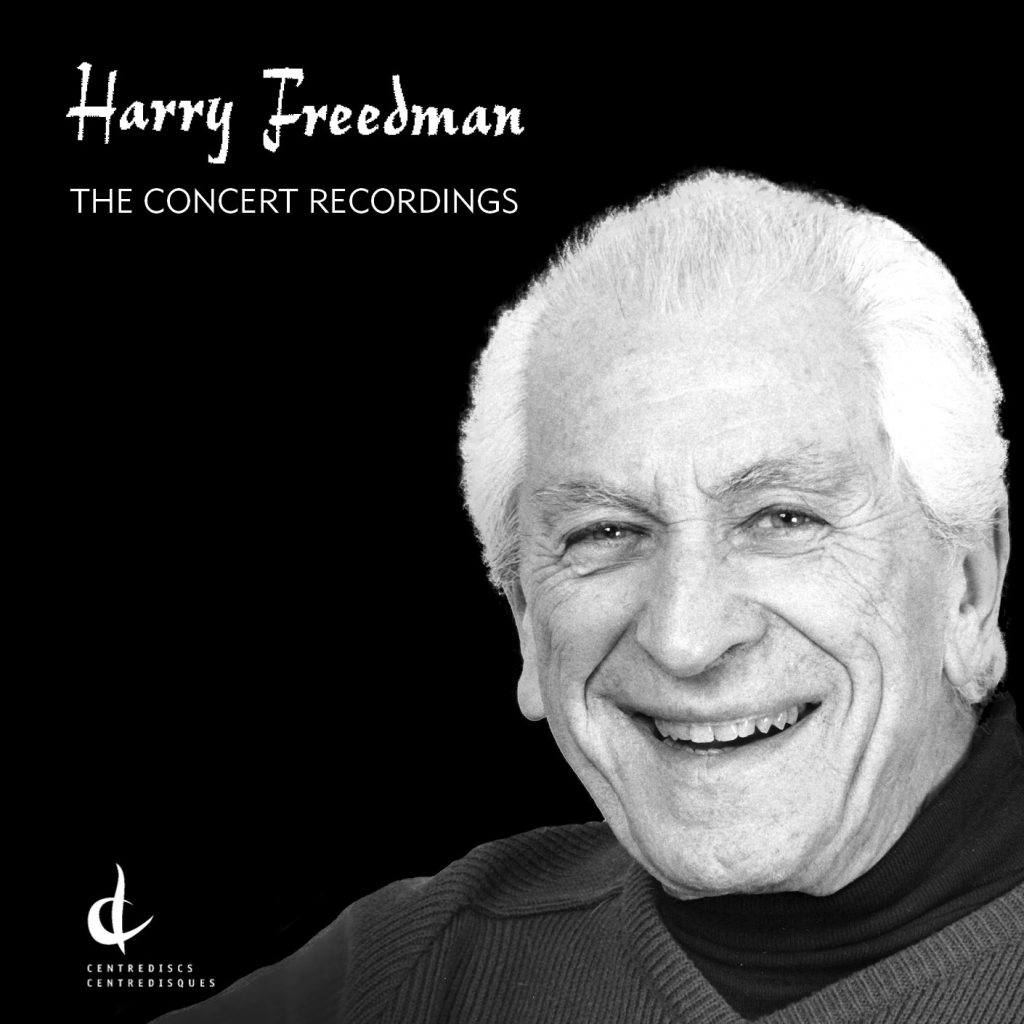 Composer Harry Freedman (1922–2005) played English horn in the Toronto Symphony Orchestra (TSO) for nearly 25 years. This new CD brings together five of his major orchestral works covering a period between 1960 and 2003. For listeners too young to have known Harry Freedman when he was alive, this album offers an excellent opportunity to become acquainted with his legacy.

The oldest piece in this collection is Images composed in 1960. On the whole, this is a major piece in Freedman’s output although the ending is perhaps more unfriendly than it needs to be. The performance was recorded in Massey Hall in 1979 by Andrew Davis and the TSO and it is magnificent. Two of the works on the CD – Indigo and Graphic IX – are for string orchestra. Indigo makes use of what the composer calls “blues clichés,” a good example of how Freedman often used jazz idioms in his music. Graphic IX is inspired by Freedman’s colleague, friend and neighbor Harry Somers (1925–1999). It is by no means a lament; rather, it is a tribute “in kind”, if you will, intricately-textured music that his friend would have appreciated. The other Somers-inspired piece is Manipulating Mario, based on Somers’ opera Mario and the Magician. In fact, conductor Alex Pauk describes it as “a symphonic synthesis” of the opera.

The most ambitious piece on the CD in terms of the number of performers involved is Borealis, which was commissioned by the CBC for the Soundstreams Northern Encounters Festival of the Arts in 1997. The piece is about the wonders and mysteries of the Canadian north. Some of the drumming seems inspired by aboriginal sources and Freedman described the text as “a sort of abstraction of various aboriginal languages.” But make no mistake about it, while this is genuine Canadiana it should also have much wider appeal both for its beauty and power. Borealis receives a fine performance from the choirs and instrumental forces and conductor Jukka-Pekka Saraste gets the best out of all of them.