Since he left the Houston Symphony in 1999 after an11-year tenure as music director, Christoph Eschenbach has returned from time to time as a guest conductor. Each time he has been received with enormous adulation and appreciation from audience and players alike. On his most recent visit, after a week of all-Bruckner concerts the reaction was the same; Eschenbach is beloved in Houston and welcome anytime. 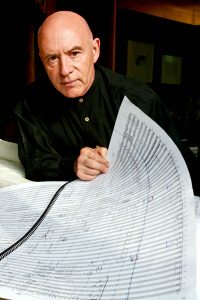 During his years as music director in Houston, Eschenbach often conducted Bruckner – and he and the orchestra made recordings together of the Second and Sixth symphonies – but never of Symphony No. 1 or Te Deum. I suspect that Eschenbach has these works in his repertoire this season because he is preparing a Bruckner cycle in concert and on DVD with the Vienna Philharmonic.

Symphony No. 1 is probably the least performed of Bruckner’s numbered symphonies. It exists in two versions: the so-called Linz version, dating from 1872 and a later (1877) Vienna version. While most conductors prefer the Linz version, Eschenbach chose the Vienna version for these Houston performances. Interestingly, Claudio Abbado, who often conducted and recorded the Linz version, went with the Vienna version for his last performances and for a 2013 recording of the piece with his Lucerne Festival Orchestra. One might think that the composer’s last word on a piece would be the one to play, but in Bruckner’s case the choice is not always so easy. Sometimes, after a poorly received premiere, the insecure Bruckner took bad advice, revised the symphony, and later still, made more revisions. In some cases, we have as many as five versions of a single symphony. 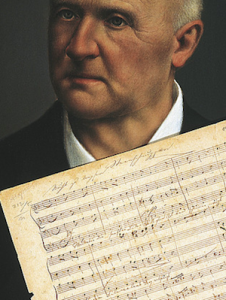 What are the differences between the “Linz” and “Vienna” versions of Symphony #1? In fact, most of the changes Bruckner made are fairly minor and would probably not be noticed by most listeners. Bruckner didn’t change the thematic material, the orchestration or the structure to any great degree. Instead, he lengthened or shortened sections, did some rescoring at the end of the slow movement, and in the case of the coda at the end of the last movement, tried to make the final peroration a little clearer and more effective. I don’t think he was entirely successful in his revisions. But then, arguably, Symphony No. 1 is not one of his Bruckner’s greatest compositions. His mastery of symphonic form came slowly, and his later symphonies are unquestionably far superior to the early ones. Comparing the two versions of the Symphony No. 1, I must agree with Abbado and Eschenbach (also Chailly and a few other conductors) that the Vienna version is better. I do, however, miss the thrilling trumpet triple tonguing at the end of the first movement in the Linz version.

So why not mix and match? In the past, several editors did just that, trying to take the best of each version to create the best of all possible versions; unfortunately, the serious drawback of that version is that it was not approved by Bruckner and that alone makes it unauthentic.

Christoph Eschenbach has always had an affinity for Bruckner – he made his conducting debut conducting Symphony No. 3 – and his understanding of the composer and his style was on full display in Houston.

Bruckner’s music has a feature that has often baffled conductors and audiences alike; it sometimes stops when one least expects it to and starts again with seemingly unrelated material, then stops again, and so on. Great Bruckner conductors like Furtwängler, Böhm, Jochum or Karajan understood the peculiar “punctuation” in Bruckner’s symphonies and how to form a unified whole of the parts.

Eschenbach has that gift too. He knows to slow down here, press ahead there and when to be truly expansive in his phrasing. He knows how to build the climaxes, and how to balance the orchestra so that the important lines are brought to the fore and not obscured by everything else going on. He worked wonders in the last movement of Symphony # 1, calling out the trumpets and horns at just the right moments, directing the horns to raise their bells near the end of the symphony to give their instruments the prominence required by the score.

Eschenbach was totally involved in this performance, exuding tremendous energy on the podium and eliciting ‘edge-of-seat’ playing from his musicians. The Houston Symphony played splendidly in all departments, with the double basses getting the workout of their lives. Is there any movement in a Bruckner symphony that has more notes for double basses than the last movement of the First Symphony? I don’t think so. 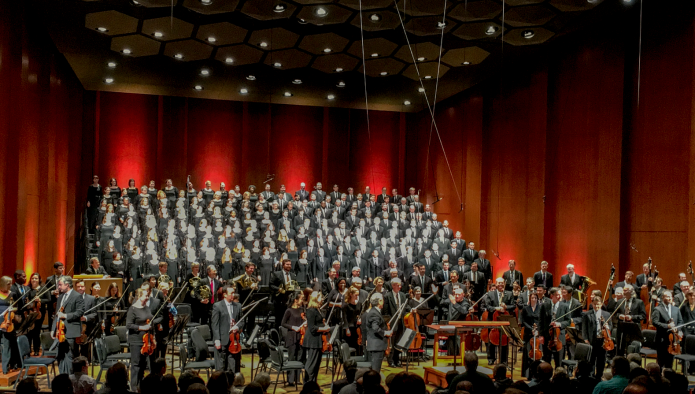 After intermission, came Bruckner’s brief but powerful Te Deum. Eschenbach and his orchestra were again at the top of their game and the Houston Symphony Chorus gave everything they had for their guest maestro. And they had plenty! In the climaxes, the voices were powerful but perfectly balanced, and in soft passages they sang with a beautifully focused tone. The soloists were placed right in front of the choir behind the orchestra instead of next to the conductor and so had to work harder to be heard in the hall. Each was making a Houston Symphony debut and each made a positive contribution to this excellent performance .

Bruckner needs totally committed advocates and in Christoph Eschenbach Houston audiences saw and heard one of the best. It may not yet be accurate to say that Bruckner’s “time has come” but I would guess that most listeners who attended this exceptionally fine all-Bruckner program in Jones Hall liked what they heard.