You are at:Home»Arts Industry»Eschenbach Era Begins in Washington
Advertisement / Publicité 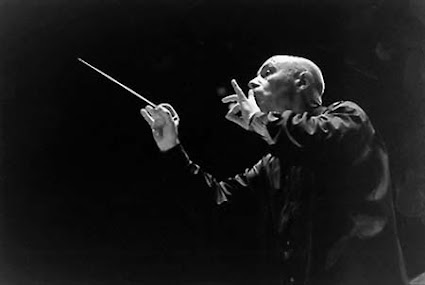 Who can explain the chemistry, or lack thereof, between a conductor and an orchestra? Sometimes it works and sometimes it doesn’t. At the moment, it is definitely working and working splendidly between Christoph Eschenbach and the National Symphony (NSO) in Washington, D.C; over the past four weeks they have been making music together and nearly everyone you talk to agrees that this partnership is something special. I went to hear for myself and was duly impressed.
Houston, We’ve Got Lift-off!

I must admit to certain prejudices. I heard Eschenbach often when he was music director in Houston during the 1990s. I was convinced then that he was one of the most interesting musicians of his generation. From there he went on to Philadelphia where he was unable to duplicate the success he had achieved in Houston. His leadership of the renowned Philadelphia Orchestra could not be faulted – several tours with the orchestra garnered sensational reviews! In the end, it was the combination of a chaotic management, a growing deficit, a disgruntled orchestra, and a hostile critic that conspired to make Eschenbach’s engagement in Philadelphia a brief one.

Washington is another story altogether! Here Eschenbach has been greeted with open arms and the signs at this point are all positive. There was a dazzling season-opening gala with Renée Fleming and Lang Lang, then the Beethoven Ninth, the Bruckner Sixth and finally the Mahler Fifth. Eschenbach conducted them all from memory and thrilled both the orchestra members and the public – not to mention the critics.

For good measure, he threw in a Washington premiere: Pintscher’s Hérodiade, a difficult but powerful piece that served notice to Washington that Eschenbach is not only a fine conductor of the great German classics but also a man of his time. He is deeply committed to contemporary music, and that includes music by American composers. He regularly conducts music by one of his mentors, Leonard Bernstein, and by Christopher Rouse and John Adams. He will conduct the NSO in new works by Lieberson, Read and Golijov later in the season.
Mozart ‘Back to the Future!’

The concert I heard on this occasion was to have been an all-Mahler programme with Nathalie Stutzmann featured in the Kindertotenlieder. When Ms. Stutzmann cancelled because of scheduling conflicts, Eschenbach substituted Mozart’s Symphony No. 34.

Eschenbach is not particularly interested in the period instrument folks and the way they play Mozart. He has his own ideas and has been presenting them to wide acclaim both as pianist and conductor for more than half a century. His Mozart is robust, precise and deeply expressive, in the manner of Bruno Walter and George Szell.

The second movement of this performance of Symphony No. 34 was particularly striking for the way in which Eschenbach subtly changed tempi toward the end of the work, thus adding refreshing variety to a somewhat repetitious movement. The finale went like the wind, with the strings displaying great virtuosity. In the perky figure for two oboes, Eschenbach gave the second phrase an unmarked accent which deftly brought out both the fun and the logic of the figure.

This was splendid Mozart and an amazing achievement, given such fine playing in what was likely very limited rehearsal time.
Mahler Fifth Ends on High Note

After intermission came the main business of the evening, and the piece which unquestionably took most of the rehearsal time: Mahler’s Symphony No. 5.

The unaccompanied trumpet solo which begins the piece has been giving players nightmares from the day it was written. Steven Hendrickson was absolutely fearless and indeed heroic in his rendering of this great solo, and throughout the symphony played all his solos with remarkable authority.

From that auspicious beginning, Eschenbach built the first movement of the symphony as a funeral march of nobility and sadness, without giving short shrift to the wilder elements which were made to seem like dream-like visions of the same hero whose demise was being memorialized. These were ‘Berliozian’ dreams channeled and re-imagined by Mahler.

Whereas many conductors are so fascinated by the beauty of the beginning theme that they forget rhythm is essential to structure, Eschenbach kept the basic tempo moving forward.

His reading of the second movement was just as intense and deeply probing; for example, in the case of the long passage for the cello section with only soft accompaniment from the timpani, which was both consistently soft and expressive, just as Mahler intended.

The third movement – also a scherzo – features a prominent solo horn part and the horn player is often seated in a position of prominence. Conductor Simon Rattle even went to the extreme of putting the solo horn player right beside the podium, as if the movement were a horn concerto. It is not, however, and leaving the player in the horn section usually works well – as it did on this occasion. Terrific playing in this movement by principal horn Martin Hackleman, a former member of the Canadian Brass, and the Viennese waltz rhythms were executed by the orchestra with a fine sense of style.

There was more fine string playing in the Adagietto . Again, Eschenbach succeeded in keeping the music moving without sacrificing tone or expression. The climax was played to perfection, with the first violins giving us a wonderful rush of tone on their high A, and basses ending the downward pattern with equally full tone on their low G resolving to F. There is a lot going on in these magnificent final bars and only the best conductors manage to sort it out as well as Eschenbach did. Incidentally, Mahler writes “attacca” at the end of this movement, meaning that the conductor should begin the next movement (Rondo) immediately. Several weeks ago in Montreal, Kent Nagano ignored this instruction. Eschenbach did not.

Eschenbach clearly regards the Rondo-Finale of the Mahler Fifth as essentially joyful and positive, after the often dark and demonic elements of previous movements. That is true also of the finales of Mahler’s previous symphonies. His finales became more troubled in his later symphonies and even despondent in the case of the Ninth. The finale of the Fifth, however, is often playful and carefree and culminates in a glorious ‘Brucknerian’ climax. There is no ‘programme’ attached to the Fifth, but it is clear that the death and despair of the opening funeral march and the ensuing nightmares have been overcome by joy (life after death?) in the finale. Musically, Mahler ends the movement in a blaze of D major.
Seating the Sound of an Orchestra…

A few words are in order here about the seating of the National Symphony Orchestra. In the short time he has been in charge, Eschenbach has made a careful analysis of the acoustics in the Concert Hall of the Kennedy Center and decided that the musicians need to be seated differently. Most importantly, he has moved the double basses from the back rear of the orchestra to the extreme left (they have switched places with the timpani and percussion) and the brass from the extreme right to the middle center of the stage. I don’t have enough experience of this concert hall to be able to make an informed judgment about which seating is superior, but I can affirm that the NSO sounded very good indeed and that all instruments projected well and with appropriate timbres.
…and More

Further to the question of Eschenbach’s views on orchestral sound – in my pre-concert interview with him, he acknowledged a preference for German or rotary valve trumpets in classical German repertoire. I found out later that the orchestra does own a set of these instruments and that the players have not often been asked to use them – a status quo that may well change in the Eschenbach era.
Eschenbach and Opera

Eschenbach is off to Paris next for a new production of Hindemith’s opera Mathis der Maler starring Mathias Goerne. Washington welcomes him back late in January.

Paul E. Robinson is the author of Herbert von Karajan: the Maestro as Superstar, and Sir Georg Solti: His Life and Music. NEW for friends: The Art of the Conductor podcast, “Classical Airs.”