CONCERT REVIEW: It is now ostensibly a tradition for orchestras all over North America to open their seasons with a Gala concert (i.e., a fund-raising event with tickets at high prices, a sit-down meal and other perks). To guarantee maximum attendance at such an event, Gala concert programming must be accessible – no Schoenberg or Dutilleux, thank you – and above all, it must include a soloist of “superstar” status.

The Dallas Symphony has perfected the art of producing such events and did so again this year. Pianist Lang Lang’s popularity is virtually incontestable, and the Tchaikovsky Piano Concerto No. 1 must be at or near the top of every classical music lover’s list of favourite pieces for piano and orchestra. Put the two together and you have the perfect recipe for a successful gala.

Many active music critics, myself included, look forward to hearing new soloists, talented and interesting – not yet tried and true – as well as to less familiar concert programming. That said, Van Cliburn – not yet a superstar – won the Tchaikovsky Competition in Moscow (1958), playing the Tchaikovsky No. 1; the point being that the old becomes new in the hands of extraordinary artists of the caliber of Van Cliburn and Lang Lang.. 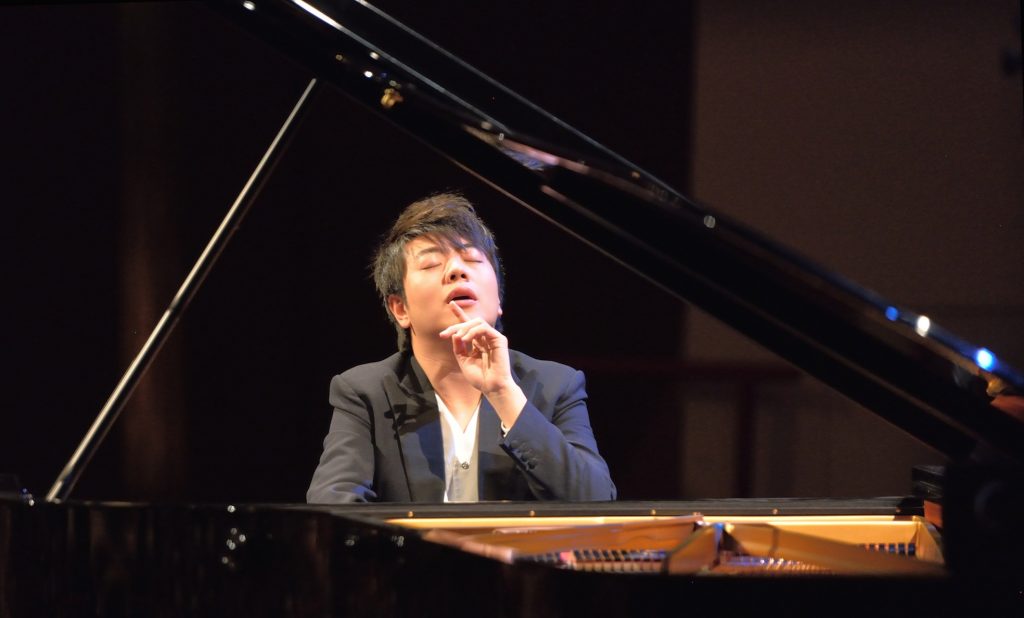 When he first rose to prominence back around 2000, Lang Lang often played this same Tchaikovsky concerto, dazzling listeners with his virtuosity and showmanship. He is still at it. He can play every note as loud and as fast as anyone. But there is more. Some critics apparently can’t get past the hand gestures and the dreamy expressions on his face from time to time. The fact is, however, that Lang Lang is also making music, and making music that has been both thought through and inspired by the moment. There were some surprising tempo changes in last Friday’s Dallas performance, which, to my ears, were for the most part fresh and beautifully conceived. Van Zweden and the DSO musicians, clearly inspired, gave Lang Lang an accompaniment that was at once precise and sympathetic.

Special mention should be made of the second movement solo so eloquently rendered by visiting flautist Matthew Roitstein of the Houston Symphony, who was filling in as principal flute as that DSO chair is currently vacant.

The second half of the concert featured a suite from Prokofiev’s ballet score Romeo and Juliet, which Jaap van Zweden has conducted in Dallas before and for which he has a great affinity. Every time I hear this music, I amazed by Prokofiev’s endless resourcefulness in finding new colours in the orchestration. This score also demonstrates that while Prokofiev was known for music that was often percussive and powerful, he could also produce music of surprising innocence and tenderness – exactly the qualities needed for the Romeo and Juliet story.

On this occasion, the Dallas Symphony was in mid-season form with van Zweden at the helm. For me, the highlight was the movement titled “Romeo and Juliet Before Parting,” which begins with a lovely flute solo – Matthew Roitstein, again excellent – and goes on to explore a remarkable range of expression. At the climax, the horn section, led by David Cooper, was absolutely thrilling for its elemental power. 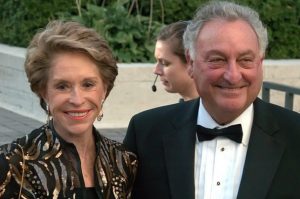 GALA TRIBUTE: As I mentioned earlier, this was a Gala concert and the evening began with an elaborate dinner for donors in the lobby area of the Meyerson, and after the concert, audience members returned to the lobby area for desserts and dancing. On stage, before the concert began, there was a special tribute paid to Sanford “Sandy” I. Weill.

Mr. Weill, not well-known to music-lovers perhaps, has spent a lifetime making music happen. A businessman, Chairman Emeritus of Citigroup and former chairman of Weill Cornell Medicine, he was also chairman of Carnegie Hall for 24 years, chairman of the Lang Lang International Music Foundation™, and perhaps most importantly, founder/chairman of NAF (formerly called the National Academy Foundation), an organization which brings together business and community leaders to partner with high schools in high-need communities to enhance school systems. NAF has been enormously successful: last year 98% of NAF’s students graduated and 92% went on to post-secondary education.

This evening was primarily about the Dallas Symphony and its new season but the tribute to Mr. Weill reminded us of the outstanding work being done by business leaders to further the arts and education.

For something more…
Each time we are in Dallas my wife and I try to pay a visit to one of our favourite restaurants: La Duni Latin Cafe. This is a restaurant based on South American cuisine, founded in 2001 by Taco and Duni Borga. Taco was born in Madrid of Venezelan and Mexican parents and his wife Duni was born in Colombia. Its original Dallas location was on McKinney just north of downtown. More recently, La Duni opened a much larger operation in the North Park Mall. While both are excellent, on this occasion we went to the McKinney location for brunch. The food was better than ever! Try the huevos finos – poached eggs in a popover – with Argentinean grilled sausage. And don’t leave without trying a piece of the La Duni version of Tres Leches Cake. How about Quattro Leches? Oh, and I almost forgot: there are 22 different coffee drinks available at La Duni. Coffee marathon, anyone?