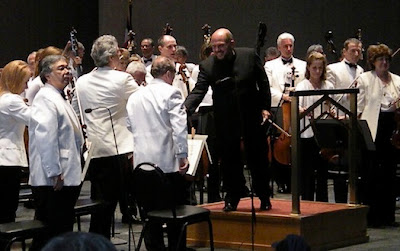 Imagine a music festival that features three of the world’s top orchestras in successive week-long residencies. Throw into the mix the likes of Yo-Yo Ma, Nadja Salerno-Sonnenberg, and Gil Shaham. Shake things up with some of the best conductors at work today: Jaap van Zweden, Alan Gilbert, Charles Dutoit, and Marin Alsop. And don’t forget to add lots of chamber music. Set all this talent up in one of the most spectacular mountain locations you can think of – say, Vail, Colorado – and run your festival for about six weeks. Sounds great, doesn’t it? But of course, who could afford to do it.