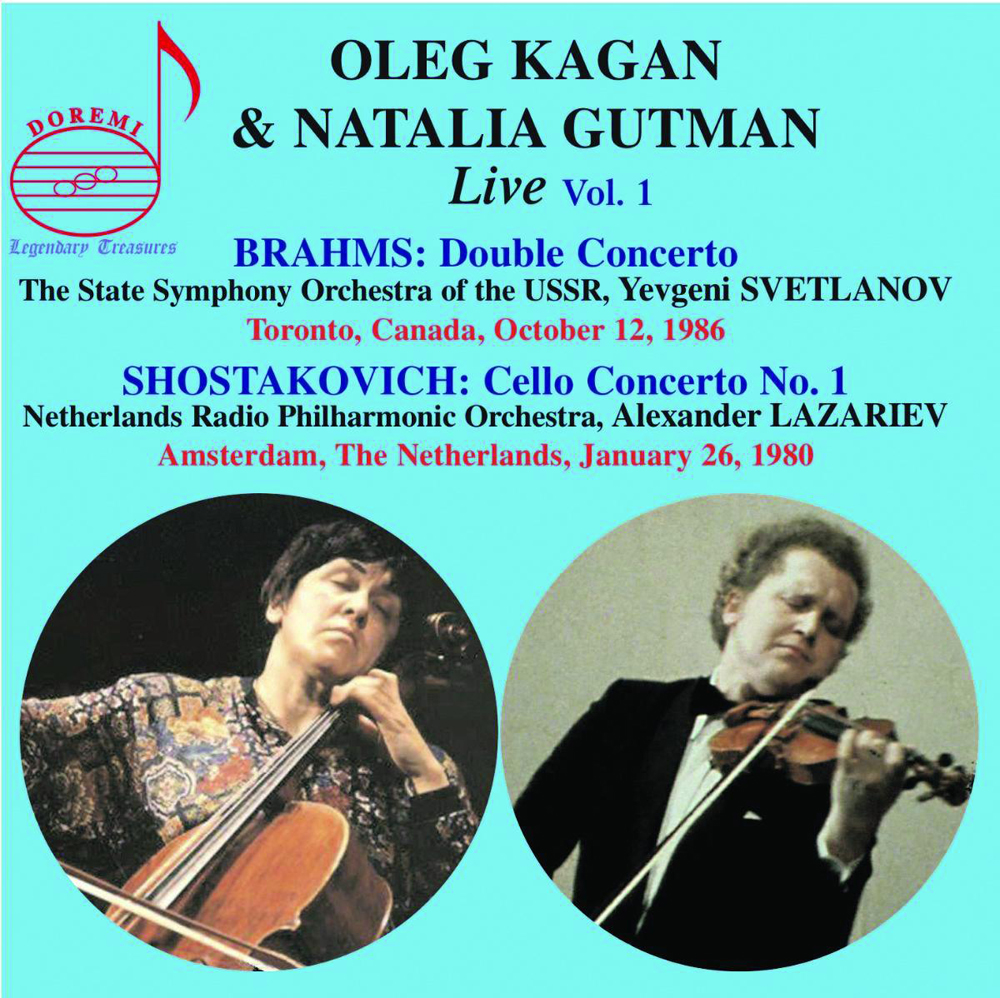 Natalia Gutman (1942-) and her husband, Oleg Kagan, (1946-1990) were among the foremost Soviet artists of their generation. Kagan was an Oistrakh student with an important career ahead of him when he died of cancer at age 43. Gutman made her U.S. debut in 1969 with Stokowski conducting. She rivalled Rostropovich for the size and quality of her sound. Late in her career she played in the Lucerne Festival Orchestra as a favour to Claudio Abbado. This new DOREMI release captures a highlight of the 1986-87 Toronto concert season: a performance of the Brahms Double with Kagan and Gutman and one of the finest Russian orchestras under Yevgeny Svetlanov. The performance is superb and the audio quality is more than adequate. Gutman was authoritative in the music of Shostakovich and this live performance from Holland in 1980 of the Cello Concerto No. 1 is as exciting and probing as any in the catalogue.