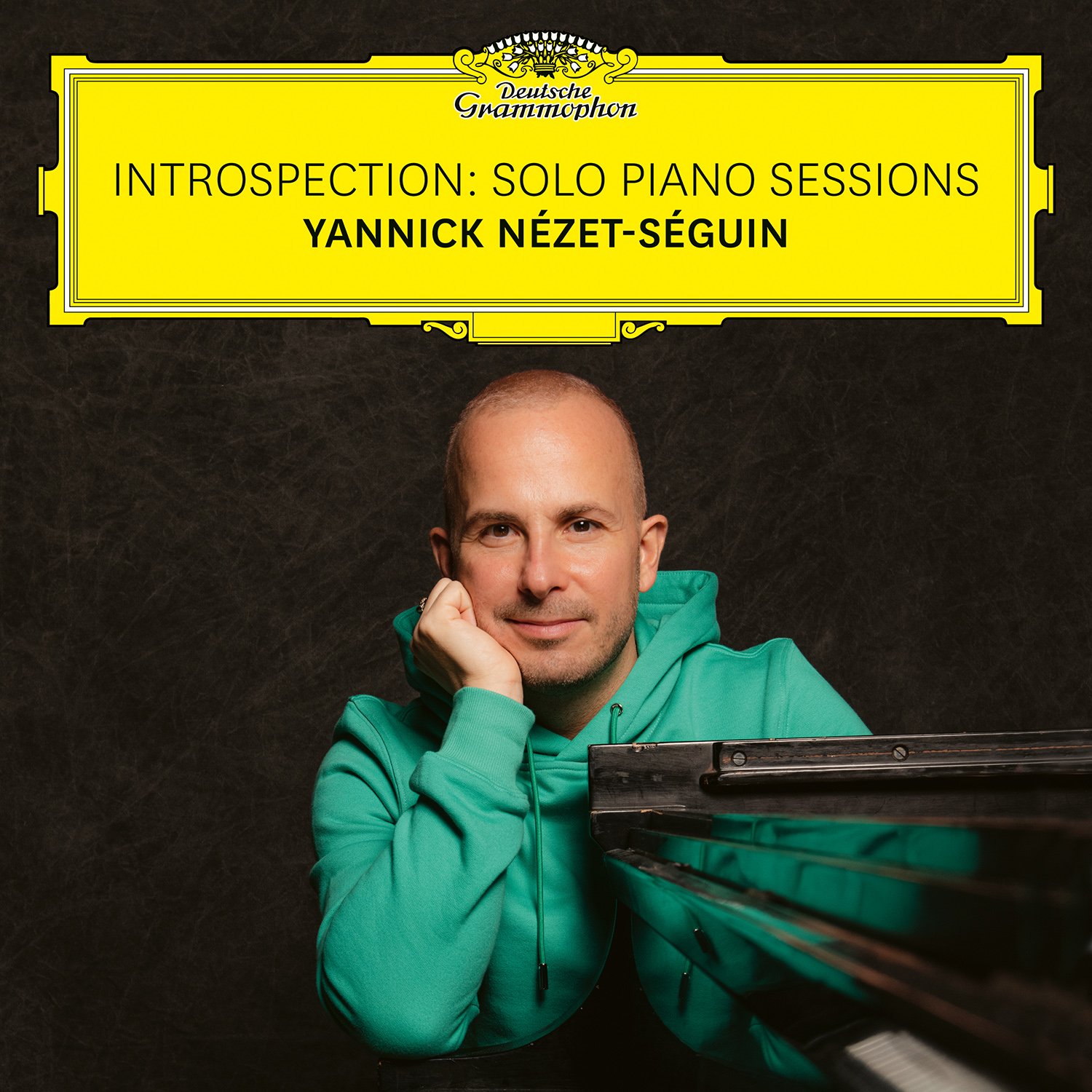 The lockdowns and restrictions have been trying for all. For those who care about classical music not to be able to hear music live has been frustrating. And for those who make music for a living it can be soul-destroying or even career-destroying. Yannick Nézet-Séguin has seen his usual whirlwind of concerts in Montreal, New York, Philadelphia and elsewhere reduced to a trickle. Last summer, when he was able to do almost no conducting he reverted to the piano and the result is this fascinating solo album recorded in the concert hall at Domaine Forget in the Charlevoix region of Quebec. In effect, Yannick was forced to make music by himself. But there was another inspiration. His longtime piano teacher Anisia Campos (1928-2020) had just passed away. Madame Campos was born in Brazil and later studied with Cortot and Arrau. Yannick studied with her in Montreal for nearly 10 years.

Yannick recently appeared with the Orchestre Métropolitain playing Mozart, but his solo performances are rare. But as might be expected with such a gifted musician, when he sits down at the piano, he has something to say. In this album repertoire has been carefully chosen to relate to the melancholy many of us have felt during the past year. None of the pieces chosen are about technical virtuosity. Even the Scarlatti (Sonata in B minor K. 87), Haydn (Sonata No. 33 in C minor) and Mozart (Adagio in B minor K. 540) pieces are tinged with sadness, and yes, introspection. Yannick plays them all with care and conviction and resists the temptation to make them express more than their composers intended.

Among the highlights are a thoughtful reading of Shostakovich’s Op. 87 Prelude and Fugue in C minor and a darkly powerful rendition of Brahms’s Rhapsody in G minor Op. 79 No. 2. The set also includes D’aprês Hopper, a short piece by Éric Champagne (1980-) written expressly for Yannick. Champagne was composer-in-residence for the OM between 2012 and 2014. The excellent recorded sound reflects the fine quality of the 600-seat Domaine Forget concert hall. Yannick and members of the OM will be giving an all-Mozart program at Domaine Forget on July 23.