Jamie Bernstein, Leonard Bernstein’s eldest daughter, was a special guest for this Austin production of her father’s Mass, attending both performances and talking about the piece at pre-concert events. During her visit to Austin, Ms. Bernstein also made an appearance at Book People – far and away the best bookstore in town – to promote her remarkable new book Famous Father Girl, a memoir about growing up as the daughter of the most famous musician in America. 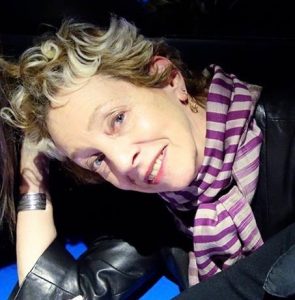 In Famous Father Girl, Jamie Bernstein talks about attending the first performance of Mass in 1971 and about how conflicted she was about the piece. Initially, she and her brother found the rock music “hokey” and was embarrassed about the clear resemblance of the Celebrant “to Daddy himself”, but over time, she says, her view of the work has evolved: “In the new millennium, the world has caught up to Mass. It was, in many ways, ahead of its time. The mixtures of styles, the unapologetic tonality, the urgent questioning of authority, the openhearted political outrage – all these elements freshly resonate today. And those passages Alexander and I found hokey? What once sounded dated now sounds … vintage.”

I think Ms. Bernstein is right about this. Mass is very much a piece with a message. It was powerful in 1971 against the background of the Vietnam War and the protests against it, and the assassinations of President Kennedy and Martin Luther King. It was a time when the country was tearing itself apart politically, and many Americans – especially young people – had lost faith in their government, and, in many cases, their God. They were lost politically and spiritually. Leonard Bernstein felt their pain and their despair about the future of their country and of their own lives. When Jackie Kennedy called to ask him to write a piece for the opening of the Kennedy Center in Washington, Bernstein knew what he had to do: capture the mood of the country and find a hopeful way forward that he could express in music. 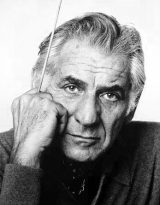 In its time, although audiences responded positively to the message Mass promulgated for the most part, some found Bernstein’s eclectic work an assault on their religious faith; others found the use of rock music and Broadway idioms vulgar and disconcerting in a classical composition. But now, nearly half a century later, such things seem much less radical. And how is the message received today? Its universality is indisputable. It is the human condition to question one’s faith in God and government. Bernstein gives the crisis of faith a theatrical realization. Not content to depict only the crisis, he also offers a solution; briefly and simply stated, it is that ‘we need to love each other.’ To underscore what he means, Bernstein quotes from Beethoven’s Ninth Symphony.

Bernstein’s Mass is a great experience, especially when the production is as well-prepared and performed as was this one in Austin. This piece definitely needs to be seen as well as heard; a recording does not begin to convey the depth and breadth of what is essentially a work for the theatre. To be honest, I don’t think the music alone is strong enough to carry the show. The rock music may be ‘vintage’ but it is also trivial rather than memorable. Nor do I understand why a marching band appears early in the show, then disappears. What does it mean? And why is the music it plays so uninteresting? Was this a political statement about flag-waving patriots? Who knows? 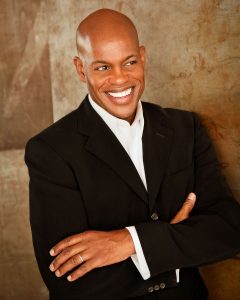 As the central character in Mass, the Celebrant, is onstage for nearly the entire show, any performance of the work requires an exceptional singing actor in this role. Jubilant Sykes, who has played the part many times before – he is featured in Marin Alsop’s recording (Naxos 8.559622) – gave a superb, compelling performance in Austin, singing the part with total command of both the notes and the variety of musical styles, and the vast range of expression required, convincing us that “he” was each one of us and that “we” were him, struggling with our faith or lack thereof.

Jacob Baird, as the boy soprano who expresses hope for the future in “Secret Songs” at the end of Mass, sang beautifully, as did the various members of the Street Chorus. The Bernstein100Austin Chorus, prepared by renowned local choral leader Craig Hella Johnson, was in fine form.

Austin Symphony conductor Peter Bay, who grew up in the Washington, D.C. area and attended the first performance of Mass at the Kennedy Center, was so moved by the experience that he was determined to conduct a performance of the work himself one day. His dream came true this week in Austin and there is no doubt whatsoever that he rose to the occasion, conducting this enormously complicated multi-media production with both skill and passion – a great achievement by Maestro Bay, the ASO, and all on stage and behind the scenes who worked to make this evening possible.

Mass finishes with a chorale that is very much in the spirit of Bach’s chorales in St. Matthew Passion. As in Bach’s great masterpiece, this chorale is clearly intended as an opportunity for singers, instrumentalists and congregation/audience to come together, in prayer and in meditation, and, above all, in love for each other. Whatever else one can say about Mass, about its strengths and weaknesses, there is no doubt that on this night in Austin Leonard Bernstein’s message was beautifully realized and well-received deep in the heart of Texas. 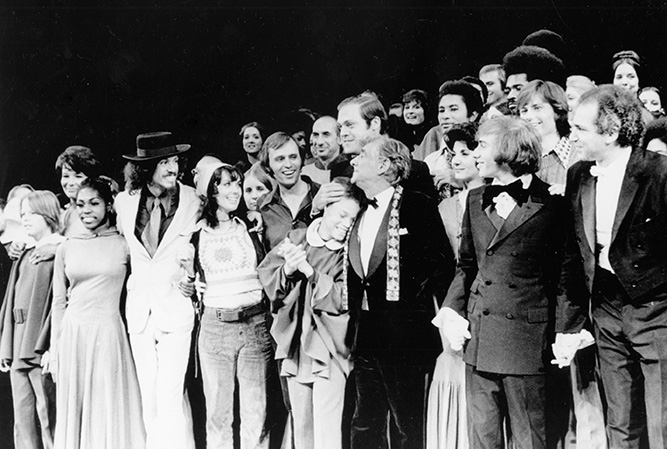