You are at:Home»Classical Music»Classical»Beethoven & Britten at the Movies
Advertisement / Publicité 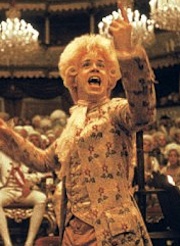 Consider the films that, while not “about” classical music, nevertheless use classical music as a major component of the soundtrack: good examples would be Visconti’s Death in Venice with the “Adagietto” from Mahler’s Fifth Symphony prominently featured in the soundtrack, or Stanley Kubrick’s 2001 (1968) with a soundtrack featuring huge chunks of music by Richard Strauss, Johann Strauss, Ligeti and others.
Presumably, discerning directors choose to go “classical” for soundtracks of certain films, but for classical music lovers familiar with the music selected, their choices may appear both insulting to the composers (who…usually deceased… had no say in the matter!), and annoying to the viewer, who will often find the soundtrack more compelling than the story on the screen.
A Late Quartet is an intriguing new film about the relationships between members of a string quartet. Moonrise Kingdom, a story of children gone missing on an island, draws heavily on the music of Benjamin Britten. Both are excellent films and set new standards for the handling of classical music in movies.
While Yaron Zilberman’s A Late Quartet does not claim to be a true story, it clearly draws on the experiences of some real life quartets, including the Guarneri (whose long-time cellist created problems for the remaining members of the group when he retired) and the famed Quartetto Italiano (also comprised of three men and one woman).
It has often been said that playing in a string quartet is like being married to three people; in fact, quartet members often spend more time rehearsing and performing together than they do with their spouses. While they ostensibly spend all that time together studying great music and perfecting their performances, “life” will inevitably intrude now and again.
In bygone days, the first violinist often formed the quartet and functioned as its leader. It was he who made the decisions about repertoire, phrasing, fingering and bowing and the other players rarely objected. Quartets today are generally more “democratic,” with all members having equal say in these matters.
The Emerson Quartetis one of the most respected quartets before the public today. From the beginning, its first and second violinists have alternated sitting in the first chair. In The Last Quartet, a credible conflict is set up when the second violinist (Philip Seymour Hoffman), without citing the example of the Emerson Quartet, decides that he has played in the shadows as second violinist for long enough, that his playing is every bit as good as that of the first violinist (Mark Ivanir), and that he ought to sit in the “Big Boy” chair at least half the time. 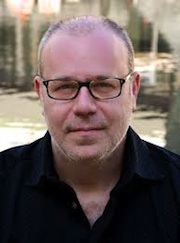 There are other potential sources of conflict inherent in the “quartet” structure; this is especially true if there is a woman involved. In The Last Quartet, the violist (Catherine Keener) is married to the second violinist (Hoffman) but she has a history with the cellist (ChristopherWalken) and is secretly in love with the first violinist (Ivanir). Add to this mix the fact that the first violinist is teaching the nubile young daughter of Hoffman and Keener. Most of these issues lie dormant until the cellist is diagnosed with Parkinson’s Disease and reluctantly concludes that he must retire. The concept here is that, while personal issues can be managed when the group is functioning normally and successfully, “functioning” for a quartet is an always fragile balance, that when disturbed, becomes very difficult to sustain.

It is always interesting to explore group dynamics in a film or television series, whether of a baseball team (A League of Their Own, Bull Durham), the White House (The West Wing), a monarchy (Elizabeth), a sales office (Glengarry Glen Ross) a prisoner of war camp (Stalag 17, Bridge on the River Kwai), or a string quartet.
Director Zilberman (photo: above right) has succeeded in bringing his characters to life both as individuals and as members of a fine string quartet.
One of Zilberman’ greatest hurdles in The Late Quartetwas surely to convince the audience that his fine actors are also stellar musicians. That challenge could not be avoided; one can’t tell a story about a string quartet without seeing it in action.
We are told that each of the four lead actors worked intensively with coaches to learn how to hold instruments and bows, and how to play brief excerpts, but as everyone knows, it takes years and lots of talent to be able to play a violin, a viola or a cello. A few coaching sessions a Heifetz or Yo-Yo Ma does not make.
In a film, it is ultimately up to the director to make magic to establish credibility and to avoid embarrassing his actors, and in the case of The Late Quartet, I would say that while Zilberman is about 80% successful, he is, unfortunately, least successful when it matters most.

In the final scene of the film we see the quartet on stage playing Beethoven’s Op. 131, the cellist’s final appearance as a member of the group. With quick cutting, Zilberman almost pulls it off, but while we “hear” some excellent playing (from the Brentano Quartet on the soundtrack), what we actually “see” is some pretty clumsy miming.

Ultimately, The Late Quartet gives us little sense of what makes a quartet musically great nor what makes Beethoven’s Op. 131 great music…but, while the music is essential to this film, the human relationships depicted were the essence of it. This is a movie about music-making…not a movie about music. 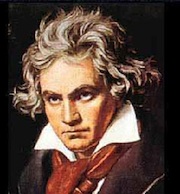 Throughout the film, the quartet is working on Beethoven’s (photo: right)  Op. 131, one of his so-called “Late Quartets.” The choice of this music fits the story of the film but it really has no closer connection than that; the quartet could have been working on any piece by Beethoven, Mozart, Schubert, etc. and it wouldn’t have made much difference. If movie buffs see the film and rush out to buy CDs or downloads of Beethoven’s Op. 131, however, that would be wonderful!

Wes Anderson has been making films for over 20 years now and I have liked them all, with the possible exception of the early Bottle Rocket. In films like Rushmore, The Royal Tanenbaums and The Life Aquatic he gives us his own quirky view of life in the form of fairy tales. The colors are pastels, the acting style understated and stilted, the stories far-fetched yet somehow perceptive and insightful.
Anderson has done it again with Moonrise Kingdom. He doesn’t bother with back stories and his characters seem to make them up as they go along; whether they are true or not doesn’t matter. Most of his characters are misfits and liars but no more than your average fairy tale character. No wonder Anderson recently made a very successful animated film intended for children and families. Most of his other films threaten to cross over into the world of cartoons and animation at any time. This is not to say that they are unreal, although Anderson’s version of reality is more fantastic and childlike than most.
Whereas Anderson is known to use classical music in his films – bars of Ravel’s String Quartet, for example, in The Royal Tanenbaums – the sound track for Moonrise Kingdom is almost entirely comprised of music by Benjamin Britten. The music used here was originally intended for performance by or for children, and therefore perfectly suits a film featuring a boy and a girl as its lead characters. 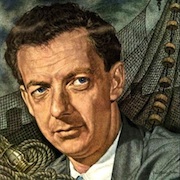 Britten’s (photo: right) music has an air of innocence to it, and innocence is the essence of director Anderson’s vision in Moonrise Kingdom. The Biblical story of Noah and the Ark is in itself a tale of innocence and wonder involving man and the natural world, and in Noyes’ Flood, Britten captured its essence.

Anderson also probes man’s relationship to nature in Moonrise Kingdom and the use of Britten’s music underlines the fact that we are seeing this relationship from a child’s point of view. The use of bits from Britten’s opera A Midsummer Night’s Dreamalso reinforces the fantasy elements in the film.

I have no idea whether Britten (d. 1976) would have approved Wes Anderson’s use of his music, but as an admirer of both artists, I found their collaboration immensely satisfying.
For those wanting more…
Good films dealing with classical music are rare, but they do exist.
Unfaithfully Yours (1948): This great (black) comedy about a famous conductor driven mad by jealousy stars Rex Harrison and is directed by the legendary Preston Sturges.
Meeting Venus (1991): Hungarian director Istvan Szabo’s satire about the trials of the conducting profession stars Glenn Close and features lengthy selections of music from Wagner’s Tannhäuser.
Taking Sides (2004):This film, also directed by Istvan Szabo, is based on a play about German conductor Wilhelm Furtwängler as he deals with uncomfortable questions from the American military authorities after the war.
As It Is In Heaven (2004):A touching Swedish film about a retired conductor who makes a comeback in a small town.

Quartet (2012):This new film, starring Maggie Smith and directed by Dustin Hoffman, is set in a home for retired musicians in England. I haven’t yet seen it, but advance reports have been  exceptionally positive.

Paul Robinson is the author of Herbert von Karajan: the Maestro as Superstar, and Sir Georg Solti: His Life and Music. For friends: The Art of the Conductor podcast, “Classical Airs.”