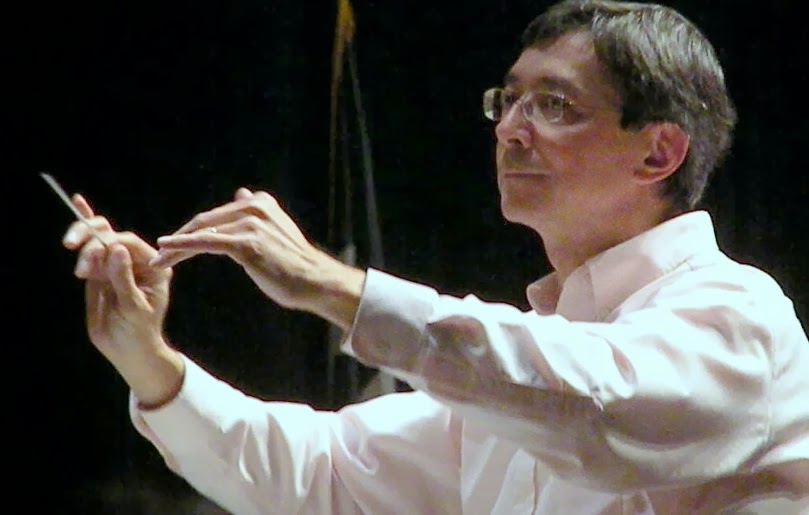 Vaughan Williams: The Lark Ascending
Schumann: Piano Concerto in a minor Op. 54
Brahms: Symphony No. 2 in D major Op. 73
Jessica Mathaes, violin
Jonathan Biss, piano
Austin Symphony Orchestra/Peter Bay
Long Center for the Performing Arts
Austin, TX
February 8, 2014
I have been spending a lot of time lately with Jonathan Biss – not the man himself, but his website. Mr. Biss is a 33-year-old American pianist of great distinction who also writes well about music.
Biss has been particularly eloquent on the subjects of Beethoven and Schumann. He is recording all the Beethoven sonatas and has written a book (Beethoven’s Shadow) about the composer. Over the 2012-2013 season, Biss devoted much of his time to the life and music of Robert Schumann, presenting a series of 30 concerts under the title Schumann: Under the Influence and in many different cities around the world. Mr. Biss knows his Schumann and it was a special pleasure to hear him play his music in Austin this week with Maestro Peter Bay and the Austin Symphony (ASO).
The purpose of this program, titled Schumann: Under the Influence was not, in spite of the provocative title, to show how Schumann’s music was affected by the composer’s drug addition. Schumann suffered from increasingly debilitating mental illness throughout his life, but as far as we know, drugs had nothing to do with it.
Mr. Biss’ goal with this program was to illustrate how much Schumann was influenced by composers who had come before, and to show that Schumann himself had a strong influence on many composers who followed him. Biss himself feels that Schumann influenced him to become the musician he is today, and has written about how he came to identify with the inner spirit of Schumann’s music, and about how this music became for him the expression of his own soul.
These are complex matters not easily summarized in a sentence or two; for the listener, it comes down to Biss identifying strongly with Schumann and his music and urging listeners to try to do the same. If they do, he says, they will be richly rewarded. “I wanted,” he states, “to show Schumann’s music exactly as it is – deeply poetic, fragile, obsessive, evocative, whimsical, internal.”

Biss and Schumann Perfectly in Sync

In his performance of Schumann’s Piano Concerto with the Austin Symphony this week, Biss revealed all these qualities in the music, and more. After reading what he has to say about Schumann, one might have expected a very personal performance from Biss, perhaps quite different from any we have heard before, but that was not the case. Biss ‘played it straight’, as it were, showing great respect for the printed score.
But that is exactly the point. What is ‘personal’ in Schumann’s music is not in what the performer can add to it; it’s already in the notes, if one takes the trouble to understand them. No need, for example, to make the opening theme more noble than it already is – it’s plenty noble enough, if it is played as Mr. Biss played it, with beautiful tone and strength but without exaggeration.
The slow movement becomes pedantic and heavy-handed if played too slowly; after all, Schumann called it an Intermezzo and gave it the tempo marking ‘Andantino grazioso.’ It is meant to be charming, not angst-ridden. In the last movement too, the main theme is playful enough without trying to make it ‘slip on a banana peel’ funny. Biss found exactly the right tempo and spiri
t for each of the three movements.
After hearing Mr. Biss play the Schumann concerto, I was not surprised to read that Alfred Cortotwas one of the pianists of the past he most admired. Cortot never tried to beat the piano to a pulp; on the contrary, he always strove for a singing tone and a beauty of line in everything he played. So too, Jonathan Biss.

After intermission came Brahms Symphony No. 2 in a performance that was very much on the same level as the Schumann we had just heard. If Peter Bay and the ASO were superbly attentive to Jonathan Biss in the Schumann, they held their focus equally well from beginning to end in this glorious Brahms symphony. Bay, like Biss, has always shown respect for the score and avoided exaggeration. These proclivities in themselves are not sufficient to guarantee memorable music-making, but on this occasion they were coupled with beauty of phrasing and an impressive ability to build climaxes.
Brahms D major symphony is often characterized as being ‘sunny’ and ‘happy,’ and it does have these qualities, but it also has moments of melancholy, and the excitement of the last movement is one of the great moments in orchestral literature; when the three trombones pile their descending scales on top of each other, followed by spectacular finishing fanfares in the trumpets and horns, one literally wants to jump for joy. This performance captured this great moment brilliantly.
One of the challenges of conducting the last movement of the Brahms D major symphony is determining how to capture the exuberance of this great finish without making the rest of the movement sound rushed and on the verge of falling apart. Brahms gives the movement the tempo marking ‘Allegro con spirito’. That’s it. But did he really want the conductor to maintain the same tempo from beginning to end? I don’t think so; rather, he knew that a good conductor would sense when to slow down and when to speed up – he didn’t need to put all these markings in his score. This musical intuition is what made Fürtwangler’s Brahms performances so remarkable; he let the music tell him when to vary the tempo. To put it another way – metronomes make poor conductors.
Peter Bay began the last movement at a very steady tempo, which allowed his musicians to put all the notes in the right places and to execute the marvelous syncopations with some exactitude. It is amazing how many performances of this piece are mere approximations in this respect. Then, when he got to the coda, Bay let the music decide the tempo. This is liftoff time and only a pedantic conductor would dare to hold the orchestra back at this point. The increase in tempo is not huge, but it’s enough to propel the music forward toward a triumphant conclusion; “Bravo” to Peter Bay and the Austin Symphony for making it work the way it should.

Jonathan Biss has written at length about Schumann on his website. He also has a small book – 39 pages  – A Pianist Under the Influence, available as a Kindle single for $1.99; well worth the investment. Mr. Biss has recorded several of Schumann’s solo piano works for EMI and the Piano Quintet Op. 44 with the Elias String Quartet for Onyx.
Next month (March), Mr. Biss repeats his five-week Massive Open Online Course (MOOC) on Beethoven’s Piano Sonatas. This innovative presentation is a partnership between the Curtis Institute of Music and Coursera. More than 10,000 people are already on the waiting list! If you are not familiar with this imaginative educational initiative, check it out at here.
Paul Robinson is the author of Herbert von Karajan: the Maestro as Superstar, and Sir Georg Solti: His Life and Music. For friends: The Art of the Conductor podcast, “Classical Airs.”