In his opening remarks, conductor Peter Bay informed the audience that they were about to hear only the second performance ever of Anton Bruckner’s orchestration of the first movement of Beethoven’s “Pathétique” Sonata, making this a U.S. premiere, no less, of a recently discovered work by a major composer. That work, unfortunately, turned out to be a major disappointment. In fact, one wonders whether it deserved to be performed at all. 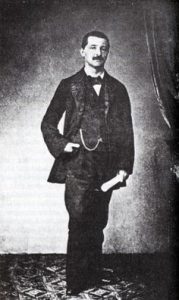 Bruckner, at the age of 38, was an organist in a small provincial church with aspirations to compose big orchestral pieces. To this end, he was taking lessons in orchestration with German cellist and conductor, Otto Kitzler (1834-1915). One of his assignments was the orchestration of the first movement of Beethoven’s “Pathétique” Sonata, which Kitzler preserved in what came to be known as the Kitzler Study Book, a book that was only discovered and published in 2014, 118 years after Bruckner’s death.

For Bruckner scholars, the composer’s orchestration of the first movement of Beethoven’s “Pathétique” Sonata is interesting material, which, had it shown signs of genius or originality, might also have been of interest to a wider public. Unfortunately, the orchestration is rudimentary and does nothing to enhance either Beethoven or Bruckner’s reputation. Peter Bay didn’t help matters in failing to prepare listeners for the fact that it leaves out both the development and recapitulation sections of Beethoven’s movement. In short, in my opinion, Bruckner’s orchestration is not worth presenting in concert except, perhaps, as part of a Bruckner symposium or workshop.

For anyone interested in listening to this dubious fragment from Bruckner’s formative years, there is a you-tube recording available here. Beware, this performance makes the music sound even worse than it is; Austin audiences heard a far superior rendering. Negative commentary on the Beethoven-Bruckner collaboration and the wisdom of programming it aside, I heartily commend Peter Bay for putting together a program of unusual interest, at least on paper. This program, combining an unknown work by Bruckner with a rarely performed piece by Vaughan Williams for solo viola, wordless chorus and orchestra, an arrangement of a movement from a Mahler symphony by Benjamin Britten, and concluding with Bruckner’s monumental Te Deum for soloists, chorus and orchestra, reflects a musical mind of exceptional curiosity and imagination.

VAUGHAN WILLIAMS’ “FLOWER OF THE FIELD”

Vaughan Williams’s Flos Campi (Flower of the Field) was inspired by the Biblical love poems “The Song of Songs” or “The Songs of Solomon”, poems which are a celebration of sexual love, and as such, far from typical of much of the Old Testament. Vaughan Williams did not set these texts to music; rather, he tried to express their “thoughts and feelings” through music. The piece consists of six sections, each prefaced by a quotation. The music, which often has a Middle Eastern flavor, also has a unique sound quality created by combining the wordless chorus with the solo viola.

Flos Campi is a piece of great originality and the performance was excellent. That said, a solo viola being a mid-range voice among instruments is easily covered by an orchestra of any size, and although ASO’s principal violist, Bruce Williams, captured beautifully the sensuality of Vaughan Williams’s music, more volume (or, dare I say, amplification?) might have produced a better balance. 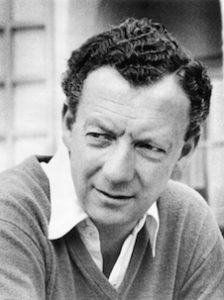 While Gustav Mahler’s Symphony No. 3 is a grandly conceived composition lasting more than 90 minutes and requiring an orchestra of over 100 players, its second movement, Menuetto, charming music scored for a fairly modest-sized orchestra, offers a respite from the tumult of the other movements. In his orchestration of the Menuetto, Benjamin Britten scaled the instrumentation back even further so that it could be played by a chamber orchestra. Like Mahler, Britten was a master orchestrator and did his work so well that only seasoned Mahlerians would be able to tell the difference between Mahler’s original and Britten’s chamber orchestra version. On its own, this movement is delightful and beguiling. Peter Bay and his players gave it an exquisite performance.

To end the evening’s program, Peter Bay went back to Bruckner – this time, the Bruckner of twenty years later, by then an experienced and celebrated composer. His Te Deum, a full-throated glorification of God featuring massive climaxes similar to those found in his later symphonies, was given a joyous and powerful performance by Peter Bay, the ASO, the Austin Chorus and featured soloists, Julia Taylor, Claudia Chapa, Brian Yeakley, and Charles Evans.