You are at:Home»Classical Music»Classical»Austin Opera Beats the Band with Donizetti’s “Daughter of the Regiment”
Advertisement / Publicité

How does one man manage to write 75 operas in a life span of only 51 years? Gaetano Donizetti, had he lived as long as Verdi – 88 years – could easily have composed over 100. Amazing! Even more amazing is the quality of what he wrote. Lucia di Lammermoor is generally thought to be his greatest accomplishment, but Anna Bolena, Maria Stuarda, Lucrezia Borgia, Roberto Devereux, and La Favorita are first-rate as well. And these are just his “serious” operas (opera seria). His comic operas rank right up there with those of Mozart and Rossini. The best of these include Don Pasquale, L’Elisir d’Amore and La Fille du régiment.

Donizetti, who was born and died in Bergamo, Italy, traveled widely in Europe. As his fame grew, he was in constant demand in Paris and Vienna. The Daughter of the Regiment was the first opera he wrote to a French libretto and the first of his operas produced in Paris. A delightful piece with plenty of jokes and funny business, it also has a serious side. Marie’s aria “Il faut partir” near the end of Act I, in which Marie realizes she must leave the regiment that nurtured her as a child, is very sad, and the melancholy is accentuated by the inclusion of a mournful english horn obligato in the orchestra. Tonio’s aria in Act II, “Pour me rapprocher de Marie” in which he pleads with Marie’s mother to allow him to marry Marie is even sadder. Nor are these mere comic opera faux emotions being expressed; both Marie and Tonio are full of fun but in this narrative they also feel and express pain. 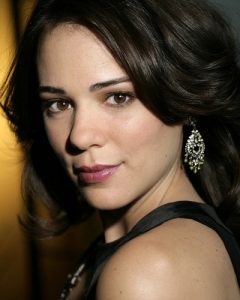 Under the guidance of artistic director and conductor Richard Buckley, Austin Opera has shown a consistent ability to find talented young singers to take on roles ideally suited to their talents and personalities. In The Daughter of the Regiment, Buckley has done it again. Soprano Rachele Gilmore as Marie has a beautiful coloratura voice and a bouncy, appealing stage presence. Gilmore sang her big arias with authority, and in time she will probably be able to get more expressiveness out of those long bel canto lines. Tenor René Barbera nailed his nine high C’s as if they were nothing at all. Needless to say, he stopped the show.

Donizetti’s comic operas are full of secondary roles that demand experienced and resourceful character actors. Mezzo-soprano Cindy Sadler sparkled as the Marquise de Berkenfield, and bass Brett Barnes, as her butler Hortensius, made the most of his opportunities to cast a leer at any attractive soldier in his vicinity and also had great fun introducing the guests for Marie’s wedding to the Duke of Crakentorp, calling out one absurd name after another. Bass Stefano de Peppo as Sulpice, sergeant of the 21st Regiment, watched over Marie, the adopted “daughter of the regiment” with great affection, and sang very well indeed in the great Act II trio.

For this production, assistant Stage Director Rebecca Herman stepped in for Stage Director Rod Caspars who, according to a program note, became ill at some point during rehearsals. Whoever was responsible, there was a good deal of very effective stage business, and the busy chorus – especially the men – were extremely well drilled in both voice and movement. During the musical introduction to Act II, in which Marie, whom the Marquise de Berkenfield has claimed as her niece, has left her regiment and moved into the Berkenfield chateau, Marie is seen to be taking lessons in various aspects of how to be a lady – an inspired sequence, executed with charm and humour. 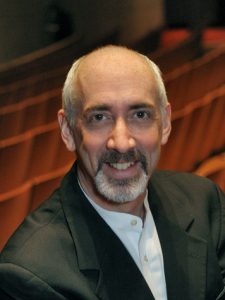 It was an excellent idea to perform The Daughter of the Regiment in the original French – with surtitles projected on a screen above the stage – but to switch to English for the spoken dialogue. Anything that breaks down unnecessary barriers to audience enjoyment without sacrificing the opera’s basic integrity is always welcome.

For something more…For readers interested in knowing more about La Fille du régiment, there is a classic DVD of a production recorded in 2007 at the Royal Opera House, Covent Garden. No one in my experience has sung Marie with more bel canto mastery or with anything like her infectious energy, than Natalie Dessay. Tenor Juan Diego Flórez is an outstanding Tonio and Laurent Pelly’s production is almost endlessly inventive.