Austin’s SXSW (South by Southwest), an annual March extravaganza of music and technology, attracts interest from all over the world. Equally popular is the ACL Music Festival – a spinoff from the television series, Austin City Limits – which draws huge crowds to Zilker Park, the attractive area by Lady Bird Lake near downtown.

This year’s ACL got underway at the same time the Austin Symphony (ASO) was presenting its weekend concerts at the Long Center, only a few miles away from Zilker Park. As you can imagine, chaos ensued and hundreds of ASO patrons were less than pleased as they struggled to find parking spots at or near Long Center. But this is Austin, often called “the music capital of the world.” More may not always be better, but it sure makes for a lively urban lifestyle. 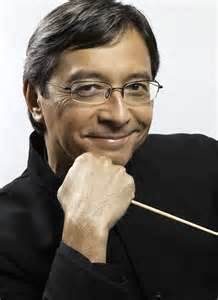 The unusually interesting combination of pieces that music director Peter Bay put together for this evening’s concert began with quasi-religious music that took us back to Sixteenth Century choral music by Tudor composer Thomas Tallis (1505-1585), and concluded with fortissimo repetitive pounding in Alberto Ginastera’s Estancia that, for both volume and excitement, might have rivalled what ACL fans were hearing in Zilker Park.

In the opening piece on the program, Vaughan Williams (1872-1958) used a Tallis hymn tune as the basis for a “fantasia,” – by definition, “a musical composition with a free form and often an improvisatory style” – in this case, a set of variations for string orchestra.

Part of the appeal of this piece is how Vaughan Williams masterfully alternates a large string orchestra with a much smaller one stationed some distance away, and with a string quartet. This provides for lovely echo effects and a wide variety of string textures. The strings of the Austin Symphony played beautifully, and principal viola Bruce Williams performed his important solo with rich tone.

Next came the Beethoven Violin Concerto, with Elena Urioste as soloist; unfortunately, soloist and conductor seemed to have radically different ideas about the piece. While Urioste offered a cool, sweet-toned interpretation, Bay went for Sturm und Drang, abetted by ASO timpanist, Tony Edwards, using hard sticks and playing rather aggressively. 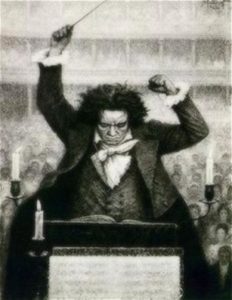 Considering that Beethoven opens the concerto with a five note timpani solo and that, when he did a version of the Violin Concerto for piano, he gave the timpanist a prominent solo in the cadenza, there is a case to be made for giving the timpani special prominence throughout the piece. I am of the opinion that the piece ought to be played with Sturm und Drang. Bay got it right. Elena Urioste’s reading clearly differed.

True, her playing in the slow movement of the concerto was notable for its beauty of sound, and throughout, one marveled at the accuracy of her intonation; that said, her performance was also notable for its lack of variety in tempo or dynamics. Beethoven, both as a man and as a composer, was known for a tendency to take chances and to go to extremes. There was no chance-taking in Urioste’s rendition; it was too often bland and – minus the crackling dynamism periodically unleashed in the accompaniment by Peter Bay and his musicians – ultimately boring. Even in the wonderful Kreisler cadenza in the first movement, Urioste gave us no sense of the dramatic ebb and flow of this mini-masterpiece.

In the second half of the concert, Peter Bay brought us an unusual pairing of folk dance pieces, one from Hungary and the other from Argentina. Zoltán Kodály (1882-1967) and his compatriot Béla Bartók (1881-1945) spent many hours in their youth travelling throughout the country, collecting folk music from different regions, and both composers often used this material in their compositions. Kodály’s dances from the Marosszék region are by no means simple transcriptions of actual folk pieces; rather, they are creative realizations, transforming the original tunes and rhythms into a piece of Twentieth Century art music. The Marosszék Dances, as reimagined by Kodály, though not quite on the same level as his Galanta Dances, are fascinating. The Austin Symphony played them with skill and enthusiasm. 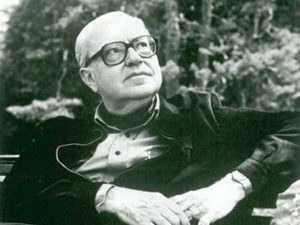 Alberto Ginastera (1916-1983), one of Argentina’s greatest composers, wrote the ballet score, Estancia (Ranch), which could be called the Argentinean equivalent of Aaron Copland’s Rodeo. In 1943. Both Estancia and Rodeo are about cowboys – American cowboys in Copland’s work and gauchos, the “cowboys” of Argentina, in Ginastera’s. Though both scores date from the same period, they are obviously quite different musically. Ginastera draws on the folk music of his own country, literally worlds away from North America or Europe. That being the case, one can nevertheless hear the influence of Igor Stravinsky’s Le sacre du printemps, with its emphasis on earthy, percussive rhythms, in Ginastera’s score. Another likely influence was Mexican composer Carlos Chavez’ Sinfonia India (1935).

Peter Bay, with the Austin Symphony expanded to include no fewer than seven percussionists, didn’t disappoint; together, they gave their Texas audience a rousing performance of Ginastera’s Argentinian “rodeo” – gauchos and all.