For their first concert in Montréal, cellist Emmanuelle Bertrand and pianist Pascal Amoyel put together a program that reflects the life and art of Chagall. This exceptional duet, formed in 1999, will perform works by Glick, Bloch and Greif. Bourgie Hall, January 25, 7:30PM. – https://www.mbam.qc.ca/en/concerts 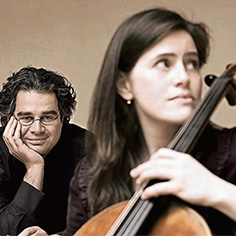 THE TSO IN MONTRÉAL

After the OSM’s performance at Roy Thomson Hall in Toronto in December, the Toronto Symphony Orchestra will come to our fair city. This tradition dates back to 1966. Under conductor Peter Oundjan, TSO will perform Dvořák’s Symphony No. 7, a new work by Edward Top commissioned by the TSO to mark the Confederation’s 150th anniversary, and Tchaikovsky’s Concerto No. 1, with guest pianist Stewart Goodyear. Maison symphonique, January 25, 8PM.- www.osm.ca

AN EVENING OF CONTEMPLATION 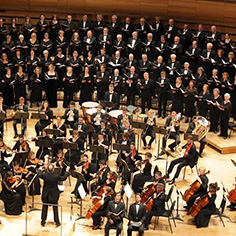