If  you are ever asked at Heathrow Airport to prove your residency by naming a work of English music, this album will do nicely. Leaving the arresting title track to last, this string trio recital contains a breathtaking account of the Prelude and fugue by Gerald Finzi (1901-56), a pre-War lament for his deceased teacher. A London Jew who composed like a country vicar, Finzi is hard to pin down but this is one of his truest moments and most perfect inspirations. 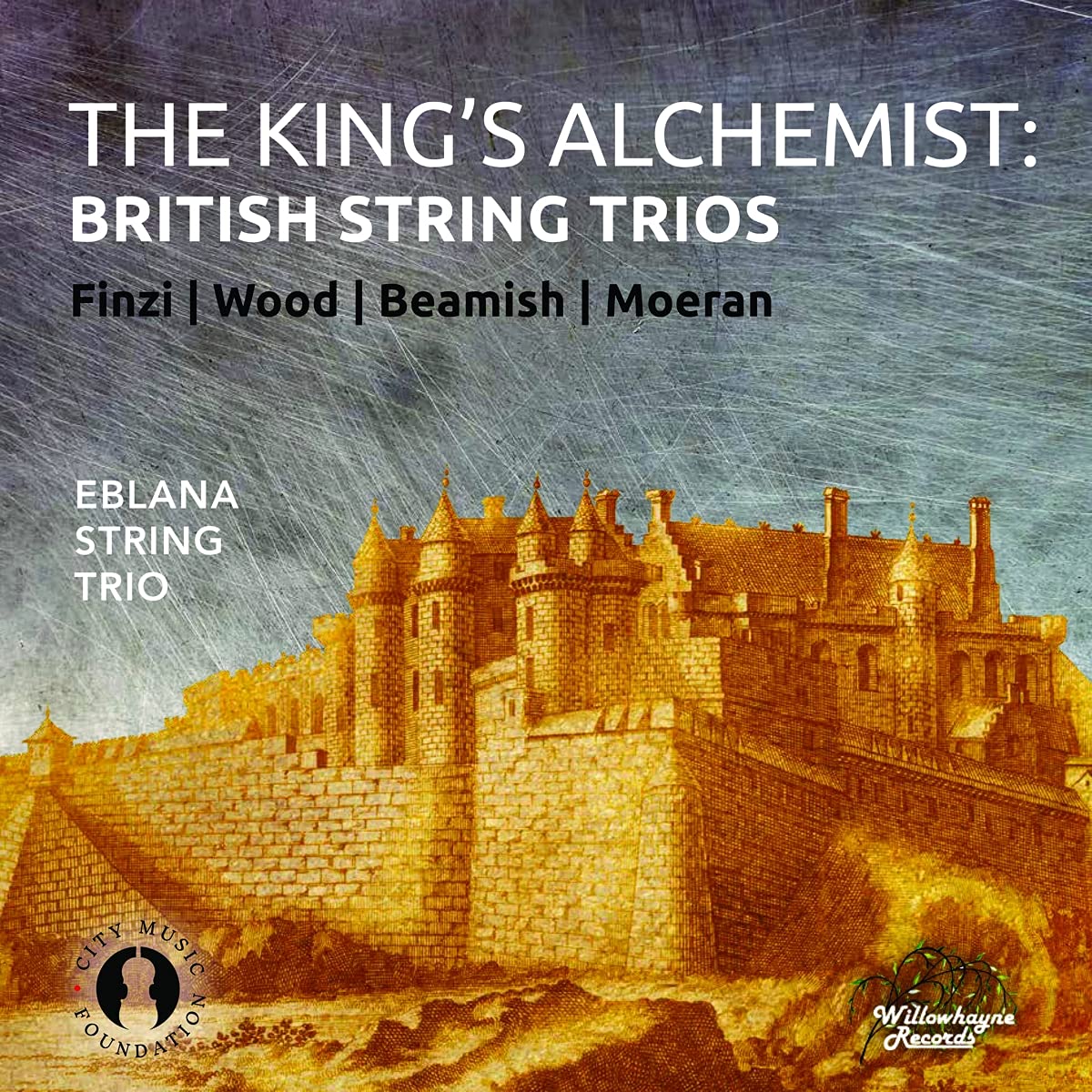 Hugh Wood (b. 1932) can sound like an absentminded professor but his opus 61, titled Ithaka, has a cogent concept of Ulysses’ homeward voyage and, for all its quietude, it exudes real drama. Ernest John Moeran (1894-1950) was more Irish than English; his teacher Charles Stanford was in, or on, the same boat. Moeran’s string trio of 1931 has a distinctly emerald lilt, and none the worse for that. It is livelier and more cheerful than much of this composer’s output.

The crowning glory here is Sally Beamish’s The King’s Alchemist (2013), an evocation of James IV who led the Scots to terrible defeat at Culloden and was the last British king to die in combat. Beamish perceives James as a cuItured man, deserving of a musical epitaph. Her tribute her is both apt in its bagpipe hints and attractive in its lyrical momentum. Jonathan Martindale, Lucy Nolan and Peggy Nolan play with stunning poise that takes, at times, my breath away. Why don’t that play this music over airport speakers?