Half a century after Bartok and Kodaly toured the Hungarian plains with an early Edison phonograph in search of authentic Magyar music, students of the Franz Liszt Academy carried on collecting in their footsteps, not always willingly. Under Communism in the 1950s and 1960s, it was safest for a composer to champion ‘the people’s music’ – the more so if the composer was Jewish and easily stigmatized, as were all of those included in this fascinating album by the Offenburg String Trio. 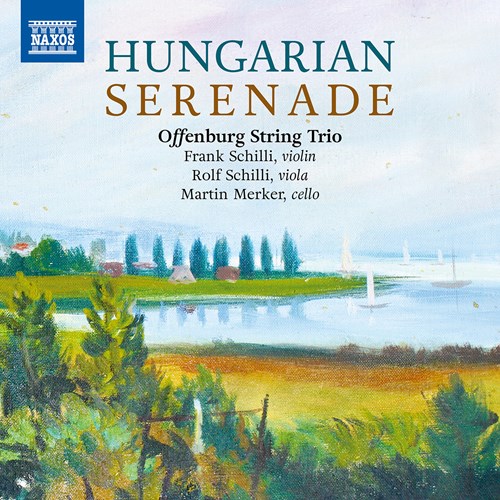 Of the five names selected only Sandor Veress (1907-1992) is internationally known, and that’s because he spent the latter half of his life in Switzerland. Two Szatmar dances that he wrote down late in life have unquenchable ethnic rhythms. Geza Frid (1904-1989) slipped away in his 20s to Amsterdam but kept getting drawn back to raw Magyarisms which he fashioned into plausible modernisms. Ferenc Farkas (1905-2000) survived Communism by making all the right noises to the commissars while teaching the young subversives Ligeti and Kurtag at the Liszt Academy.

There are two tragic figures on this album. Laszlo Weiner (1916-1944) was described by the cellist Janos Starker as the brightest of his generation. Soon after marrying the singing teacher Vera Rozsa, Weiner was conscripted to a labour camp and killed. His string trio, heard here, is breathtakingly intense. Rezsö Kokai (1906-1962) was head of music at Budapest Radio from 1945 to 1948 until the Communists started harassing him, and they never really stopped. His serenade, dated 1956, flutters echoes of a gifted man’s fading hopes. The outstanding Offenburgers play a gripping compilation of some of the most richly coloured and painfully consequential music you are ever likely to hear. My only reservation is with the Naxos title: this legacy is as much Jewish as it is Hungarian.