I often wonder when listening to Silvestrov’s music why he is not one of the most performed living composers. His music is at once mentally challenging and aurally agreeable, beautifully constructed and unexpectedly affecting. He ought to be in every concert season.

Born in Kiev in 1937 and a major catalyst in the 1960s Moscow avant-garde, Silvestrov was named ‘one of the greatest composers of our time’ by such distinguished colleagues as Alfred Schnittke and Arvo Pärt. Yet as far as western conductors are concerned he might as well be an Mongolian herdsman for all the attention they pay to his output. He’s 83 and still writing. Listen up now. 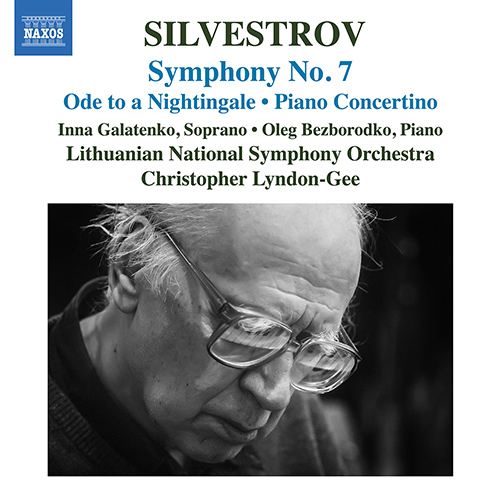 The record premiere of his 7th symphony, conducted in Lithuania by Christopher Lynton-Gee, is augmented by three little-known works, each of gripping fascination. A 19-minute Russian-language setting of John Keats’s Ode to a Nightingale sounds almost familiar, a recognition that dawns when you realise that the musical language, while original, occupies a landscape precisely midway between Leos Janacek and Alban Berg. I loved it on first hearing and have listened again and again.

A 2014 cantata takes us into pastoral writing of a romantic hue, but post-modern in its detachment, a step-brother to Arvo Pärt. The 2015 concertino for piano and small orchestra has passages of pure minimalism that would send easy-listening radio stations into raptures were it not for an ominous undercurrent of subversive irony. Everything Einaudi does, Silvestrov does so much better.

Finally, the 2003 symphony walks us through the mountains of Mahler’s Ninth – an identifying quotation on the opening page – into the beckoning void of his unfinished Tenth. It’s half-tribute, half-commentary on late Mahler and the Lithuanian National Symphony Orchestra perform as tautly as any Mahler I have heard from the Vienna Philharmonic. It’s almost as if Mahler is speaking to us here from beyond the grave, running on with passing references to Britten and Shostakovich in a fabulous collage.