While writing a book about Beethoven (to be published next year), I recoiled from many of the pupils, acolytes, secretaries, amanuenses, self-seeking musicians and all sorts of hangers-on who lived off their connection with the great man and published reminiscences of him, many of them invented. A singular exception was Ferdinand Ries, a young man from Beethoven’s home town who grew up in the Bonn court orchestra and shared some of the same teachers. Ries, so far as I can tell, never made up stories about Beethoven or made him out to be anything other than he was – a towering genius with a terrible temper.

Beethoven once ordered Ries to write a cadenza for a piano concerto, then tore it up a few moments before his pupil was due to play it in concert. Being Beethoven’s assistant was a thankless task. Ries stuck it out until 1805 when the French army reached Vienna. He went back to Bonn and wound up eventually in London, where he helped found the Philharmonic Society. He was a tireless composer of ephemeral works. If these sextets are anything to go by, he was a composer of limited originality with an occasional capacity to delight. 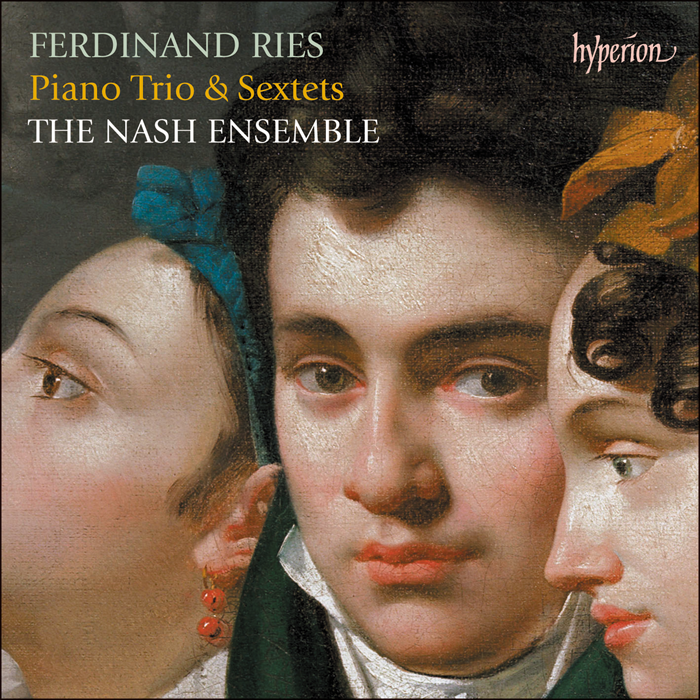 The grand sextet of 1817 starts out as a paraphrase on a Beethoven piano concerto before breaking into a positively delirious set of piano variations on the Irish ballad, The last rose of summer. There are affinities here with Beethoven’s settings of British folk songs, but Ries’s invention is freer that Beethoven’s and less formulaic, an altogether unalloyed pleasure.

The second sextet, in G minor, is more sombre and a degree weightier, though Ries does not deliver much profundity; the best he manages is a clarinet doodle in homage to Mozart’s late concerto. The trio is frankly imitative of Beethoven, who came to resent Ries’s near-plagiarism. Ries retired to Frankfurt in 1824 but carried on composing until 1838, leaving seven symphonies, nine concertos and three operas. Not a major composer, perhaps, but certainly more than a forgettable curiosity.

These performances clearly brought much pleasure to members of the Nash Ensemble, among them violinist Stephanie Gonley, violist Lawrence Power, clarinettist Richard Hosford and cellist Adrian Brendel. The two pianists – Benjamin Frith and Simon Crawford-Phillips – lead the line with an enthusiasm verging on recklessness. It makes you wonder if this is the kind of joy that music awoke in the informal 1820s gatherings of London’s Philharmonic Society.