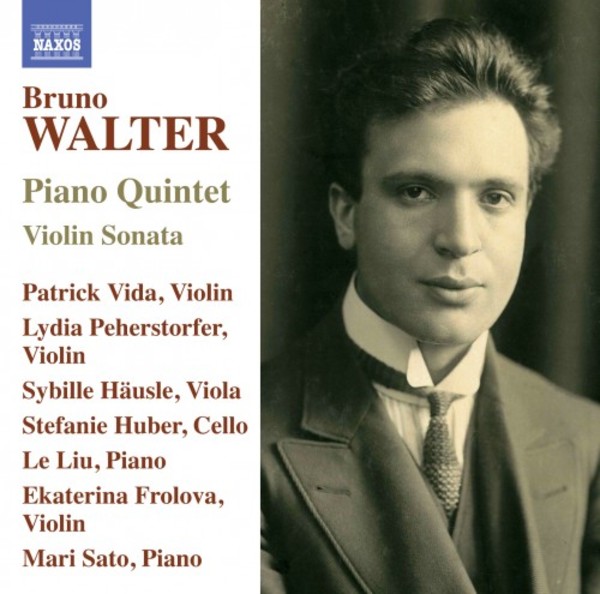 The most successful and elusive of Gustav Mahler’s inner circle, Bruno Walter was ranked among the foremost conductors of his time, esteemed equally by the jealous and mutually hostile Toscanini and Furtwängler and showered with offers when he arrived in the US as a Hitler refugee in 1939. Mahler had taken Walter on as his assistant in Hamburg when he was barely out of school at 18, guided his career path to Vienna and entrusted him with the first performances of Das Lied von der Erde and the ninth symphony. Walter, for his part, kept an objective distance from his mentor’s troublesome widow and maintained a smooth career in Germany where his rival, Otto Klemperer, flared and crashed.

Walter liked to mingle with famous friends, like Thomas Mann, but no-one quite knew who he was and what he stood for. To audiences, especially in Munich where he was music director through the 1920s, he was the epitome of musical dependability and rectitude. He was a very great conductor.

Like many others in the podium, Walter tried his hand at composing. Not much of his work was published but at least one sonata was known well enough to have been played by prisoners in the Terezin concentration camp. The two works on this recording, taken from live Vienna performances in 2012–13, are a piano quintet in F#sharp minor dated 1904 and a violin-piano sonata written four years later.

Neither would have frightened Brahms’s horses. Or even Schumann’s. These are backward-looking pieces, nostalgic to a fault, ‘amusing’ in the parlance of their day, which is to say mildly entertaining. Both ooze the kind of charm that can feel creepy in excess. Walter can mimic a melody well enough to make it sound original. The third sonata movement has a hint of Jewish angst. Beyond that, he gives away little of himself. This is music as seen through a department store window. It is brightly coloured, well-made, non-essential.

What I find almost impossible to imagine is that the first performances were given by the Rosé Quartet, which premiered Schoenberg’s first and second quartets not long after. Those were certainly essential.

The musicians in these readings, led by violinist Ekaterina Frolova, make the best of material that promises more than it delivers. A fascinating psychological exercise.