England’s most adventurous living composer never bothered much with the piano. Harrison Birtwistle started out on the clarinet, composed operas in his head and wrote one without strings. Asked for a piano concerto, he delivered something called Antiphonies, which is more street fight than conversation between piano and orchestra. You get the impression he’s not that keen on anything in an instrument but percussive coloration. 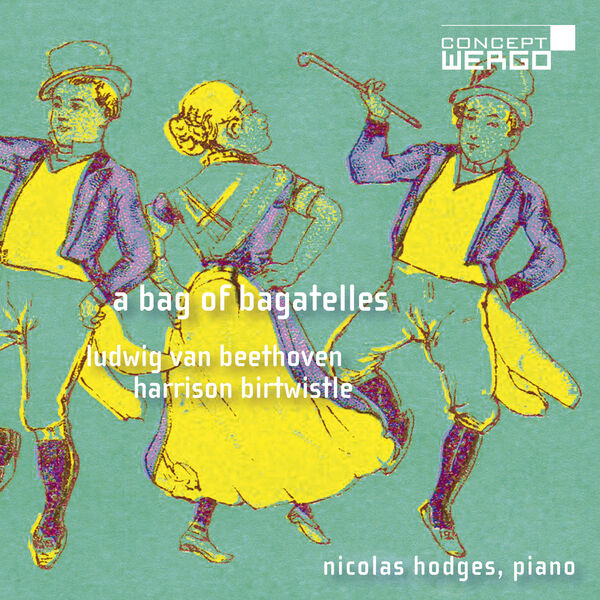 Now 87, Birtwistle has a unique sound imagination and an approach to music that misses out many of the building bricks. He once told me that the only symphony of Mahler he knew was the third and that he did not listen to Wagner until he was past fifty. So any pairing of Birtwistle with Beethoven is a statement of affinity and discovery, a late intercalation of original minds. Birtwistle himself says: ‘Beethoven never does what you think he’s going to. That’s the brilliant thing. It’s always a surprise. You might know the piece well but the surprise is always there.’ Of his own music he adds: ‘I don’t understand my pieces, of course. And I don’t want to understand them.’

I have been mulling over this album for months, deliberately refraining from any search for meaning.   The modernist pianist Nicolas Hodges flits from late Beethoven – the elusive Bagatelles, opus 126 – to late Birtwistle, works written between 2006 and 2014. The disturbing aspect is that Hodges makes Beethoven sound so much like Birtwistle and vice versa that you, the listener, never know quite where you are. Once you get over the shock, the confusion is exhilarating.

Something called Gigue Machine by Birtwistle could so easily be one of those near-atonal rages of Beethoven, maybe even Für Elise played backwards in the wrong key. There’s an 1821 allegretto without an opus number that I’d never heard before. It sits perfectly with Birtwistle’s Dance of the metro-gnome. Those who listen to music with an open mind are going to have a ball with this music. Hodges is a genius, in some weird way.