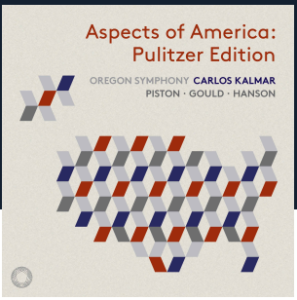 Whatever became of the Great American Symphony? At one time it was discussed with as much cocktail-hour fervour as the Great American Novel and promoted by the best US orchestras. Leonard Bernstein at the New York Phil would not program a season without a symphony by a living American. But that was half a century ago.

Since the GAS has long gone off the boil, it’s almost a guilty pleasure to listen to a pair of symphonies by composers whom Bernstein admired. Walter Piston (1894-1976) was his teacher at Harvard and Howard Hanson (1896-1981) a vaunted doyen of American music. Both won Pulitzers – Piston in 1941 for his 7th symphony and Hanson three years later for his 4th. Both adopt a wide-open prairie style, very different from Aaron Copland’s exotic southernisms and Bernstein’s anxieties.

Piston is the drier of two martinis, immaculately well-made while offering little by way of emotional compensation. Hanson could be mistaken on a dark night for the young Carl Nielsen, scanning empty skies for salvation. Its Elegy movement is top-of-the-range Sibelius. Both symphonies are vividly played by Carlos Kalmar and the Oregon Symphony, a partnership that, alone among US orchestras, has kept this particular American dream alive in the 21st century. News that Kalmar is stepping down next season suggests they have run out of GAS.

The third item in this album is an afterthought – the 1995 Pulitzer-winning Stringmusic by try-any-genre Morton Gould (1913-1996). Men like Gould now go to work in Hollywood. The concert hall has given up on them.