You are at:Home»Classical Music»This Week in Montreal (November 7-13)
Advertisement / Publicité

The McGill Schulich School of Music is offering up a vibrant season in celebration of Montreal’s 375th anniversary. Opera McGill is also celebrating a milestone in turn with its 60th anniversary this year. To satisfy your Baroque opera cravings, catch their season opener: Handel’s wickedly magical opera seria, Alcina. Directed by Patrick Hansen, with the McGill Baroque Orchestra conducted by Hank Knox. (Salle Pollack, Nov. 5 & 7, 7:30PM and Nov. 6, 2PM). www.mcgill.ca/music

An evening benefit concert will bring twelve members of the founder’s family and three generations of harpsichord players together at the Salle Pierre-Mercure. Mireille Lagacé and her twin daughters, Isolde Lagacé and Geneviève Soly will perform, with Isolde’s daughter Mélisande McNabney, harpsichord concertos by Johann Sebastian Bach – works the composer played with his sons in Leipzig (Salle Pierre-Mercure, November 8, 6:30PM). (in French only) www.ideesheureuses.ca

Canadian singer-songwriter Lewis Furey revisits lieder by Brahms, one of the greatest composers in the genre. Traversing the expanses of time, the songs are reimagined in English by Furey, who sings amplified from the piano. Reflections on love, sexuality, and death, the fifteen songs that make up the evening’s performance expose the links between popular music of past and present while maintaining their enduring poetic and philosophical qualities (Théâtre Outremont, Nov. 10 & 11, 8PM). www.theatreoutremont.ca

Mozart’s Abduction from the Seraglio

Italian clarinettist Lorenzo Coppola shares the stage with soprano Andréanne Brisson-Paquin in a testament to the expressive power of music. Coppola, guest conductor and soloist, challenged Arion to tell a story, but only partly through words…. Works by Haydn and Mozart are on the program (Bourgie Hall, Nov. 9, 7:30 PM – Nov. 11, 8:00 PM – Nov. 12, 4:00 PM & Nov. 13, 2:00 PM). www.arionbaroque.com

Words and love songs by ensemble founder Serge Garant derive from classic texts by Petrarch, Shakespeare, and Ronsard. The SMCQ revives these wonderful works along with Stockhausen’s Kontakte, a landmark of contemporary music that blends percussion with electronics (Salle Pierre-Mercure, Nov. 10, 8:00PM). www.smcq.qc.ca

If Music be the Food of Love…

The New Lease on Life benefit event for The Kidney Foundation of Canada is set to take place on November 11, 2016, at La Maison Symphonique. This special concert will be the event’s second edition. The benefit event will help a good cause, the fight to beat kidney disease, which currently affects over 550,000 people in Quebec. The concert’s artistic theme will include symphonic works ranging from Carmen to West Side Story and will be accompanied by the exquisite voice of Marie-Josée Lord. The OM, conducted by Dina Gilbert, will surely treat the audience to an unforgettable experience. (Maison Symphonique, Nov. 11, 8PM). www.kidney.ca

Musica Camerata has placed the Trio élégiaque No. 2 by Rachmaninoff as the first work in its program depicting Russia during the Romantic period. Rachmaninoff devoted all his attention to this work for six weeks in 1893. “I trembled during each phrase; I often erased everything and started all over again,” the composer later confessed to a friend. The second work on the program, Rimsky-Korsakov’s Trio in C minor, is rarely performed; this will be a Canadian premiere. This work abounds with appealing melodic motifs. Berta Rosenohl, piano; Luis Grinhauz, violin; Sylvain Murray, cello (Chapelle historique du Bon-Pasteur, Nov. 12, 6:00PM). www.cameratamontreal.com 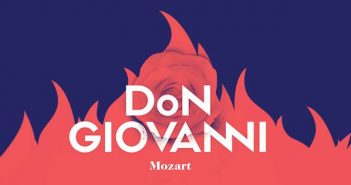 Cellist Pieter Wispelwey appears for the ninth time at the Ladies’ Morning Musical Club. He is known as one of the world’s greatest cellists, performing repertoire ranging from the baroque to the contemporary. Wispelwey is internationally beloved by critics and audiences alike for his noteworthy performances on the major musical stages, his sense of style, refined sound, exceptional instrumental mastery, and energetic renderings of works from Johann Sebastian Bach to Elliott Carter. He will play with pianist Paolo Giacometti. On the program: works by Beethoven, Schubert, Reger, and Franck (Pollack Hall, Nov. 13, 3:30PM). www.lmmc.ca