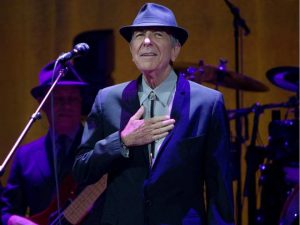 Montreal native Leonard Cohen acknowledges cheers of the crowd as he takes the stage for his concert at the Bell Centre in Montreal Wednesday, November 28, 2012. John Kenney / Montreal Gazette