“It is pure magic and John Bolton is the ringmaster.”
– Hollywood North Magazine

That Higher Level follows the 100 musicians who make up the National Youth Orchestra of Canada over the course of two months of training and touring across the country. Embedded with the orchestra throughout, filmmaker John Bolton provides an insider’s view of these young players as they train with some of the country’s top musicians.

The film weaves together footage that captures the essence of the training institute and, eventually, the journey and performances on tour. The sections of the orchestra are revealed through their collective preparation and solo practices. We witness the sacrifices the students make in pursuit of excellence, as their personalities and talents fuse together to form one exceptional ensemble. Under the pressure of their own expectations, they are emotionally, mentally and physically tested by the challenge of performing some of the greatest classical music ever written. 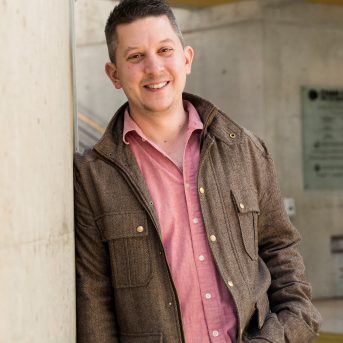 Classical music has been a key focus in many of your films. What appeals to you about this art form as a subject for storytelling?

I make movies because it’s the best way I know of to share my feelings and thoughts with other people, and nothing makes me feel more or think more than classical music. It’s the greatest love of my life. In making movies about classical music, I want other people to see what and how I hear, and hopefully feel and think some of the same things that I do.

I’m also just as interested in the musicians as I am in the music that they’re making. I want to celebrate and demystify and honour all of the ways in which they’ve dedicated their lives to something greater than themselves, and in doing so dedicate my life to something greater than myself. More prosaically, I just want to hang out with the classical musicians that I’m so in awe of. I’m never happier than when I’m right in the middle of classical music-making, from string quartets to symphonies. It’s always the best seat in the house.

Could you talk a bit about the process of finding your main subjects among the hundred young musicians in the orchestra?

Unlike most documentaries, this one didn’t start with the subjects; it started with the institution. I knew I was going to be making a movie about NYO Canada 2017 long before I actually met any of the students. All I knew for sure is that I wanted to focus on at least one subject from each section of the orchestra.

I got to watch every student’s audition tape, and I also got each student to submit a video in which they talked about themselves, so by the time that I arrived at the training institute in Waterloo, I knew at least a little bit about each of them. I then had a week on my own before my crew arrived, during which time I got to know them, and they got to know me. By the time we started shooting, I’d settled on 14 subjects. That’s a lot for a documentary, but it really was the bare minimum to convey just how many different types of people it takes to make orchestral music. I could have very easily focused on 14 more. I loved them all.

Having studied music yourself, did you find yourself identifying with the musicians in your film based on your experiences?

I don’t know that I would dare to say that I “studied” music in the same way that these students do. Either way, I identified with them less as musicians and more as artists. One of the things that I love most about making movies about artists is that focusing on others’ creative processes forces me to reflect on my own. This always makes for a better film.

A lot of the story of any musician’s development happens alone in practice rooms. When you were preparing for the project, what considerations did you make to ensure it would be dramatic in spite of that?

This was the biggest challenge in making the movie. Drama comes from conflict, and orchestral music-making is all about cooperation. So how to make a compelling film?

Instead of focusing on interpersonal conflict, I focused on three other kinds of conflict. Firstly, inner conflict: Phoebe copes with obsessive-compulsive disorder, Yeganeh struggles with uncertainty, and Ujjawal overcomes performance anxiety. Secondly, conflict with the music: particularly Strauss’s incredibly challenging Death and Transfiguration. And finally, conflict in the music: Death and Transfiguration, after all, is about nothing less than the fight against death itself.

The film emphasizes the logistical challenge of a tour of this calibre. What was it like for you to be one of the moving parts in that operation?

It was a pleasure. The fact that everything was so well-organized made it that much easier for us to make the movie. We really were just along for the ride. My crew and I often talked about how lucky we were to get to see the country without having had to even audition for the orchestra!