November 25, 2020 – Canadian Soprano Sharon Azrieli and Frank Wildhorn create a dream team for their new album Frankly, Sharon – released by Time Life – featuring musical theatre songs from sultry French to passionate Italian and moving Hebrew, with translations all done by Sharon Azrieli. Not only is Sharon a cherished star in Canada, having been recognized in 2019 with the Order of Quebec (Chevalière du Québec), she has been enchanting audiences around the world with an expansive operatic career, and now she crosses over into the musical theatre genre. Multi-Grammy and Tony Award nominated composer/producer Frank Wildhorn is well-known for writing the international number one hit “Where Do Broken Hearts Go?” sung by Whitney Houston and the Broadway show Jekyll & Hyde, among others. His music speaks directly to the heart.

Sharon remarks, “I would like to say, with deepest gratitude, how happy I am that this album exists. It was a true labour of love and taught me more than I can ever hope to express as an artist.” 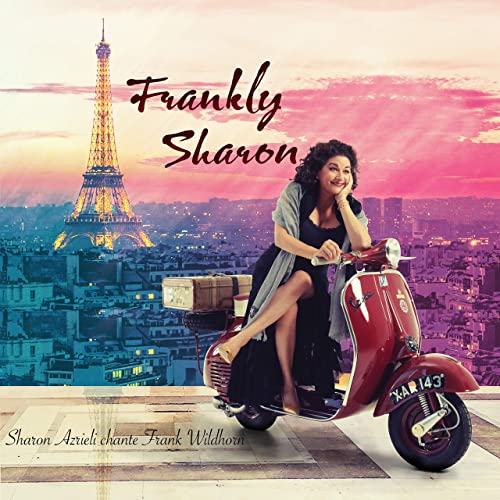 Sharon Azrieli is known as a visionary. She can mould an idea into an invigorating and memorable experience. She worked meticulously through each song translation into French, Italian, or Hebrew – each of which she speaks –  wanting to make sure every moment felt honest. The mature interpretation of each selection allows the songs to be melancholic but still hopeful. The message of hope is one that sums up the wonder of this collaboration: that “if you trust your heart, anything can happen.”

Multi award-winning Canadian-American actor, pianist, musical director, singer, composer, and lyricist Jonathan Monro comments, “Personally, I think this version of “Now When the Rain Falls” is one of the best recordings of any musical theatre song I’ve ever heard… Sharon makes the vocals [of “Anything Can Happen”]sound like a soft breeze on a warm summer day.”