You are at:Home»Classical Music»Contemporary»McGill Contemporary Music Ensemble to Perform Leroux’s “Apocalypsis”
McGill’s Schulich School of Music takes part in the Canadian Opera Company’s Free Concert Series in the Richard Bradshaw Amphitheatre with the brightest and best in classical and jazz from November 22 through December 1.
TORONTO: Friday, November 11, 2016 – As part of the 2016/2017 season of the Canadian Opera Company’s (COC) Free Concert Series in the Richard Bradshaw Amphitheatre, The McGill Contemporary Music Ensemble will perform Philippe Leroux‘s Extended Apocalypsis at Toronto’s Four Seasons Centre for the Performing Arts on November 22. 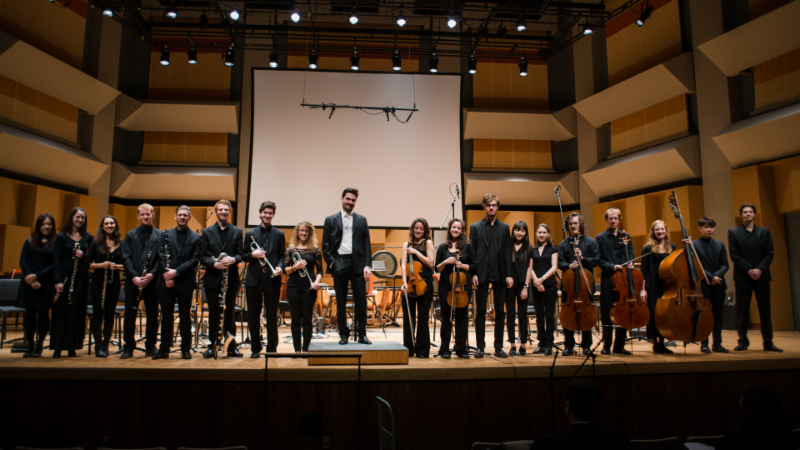 An Associate Professor in composition at the Schulich School of Music, the France-born Philippe Leroux is a graduate of the Paris Conservatory and has studied with, among others, Olivier Messiaen, and Iannis Xénakis. The French Ministry of Culture, the Nouvel Ensemble Moderne de Montréal and San Francisco Contemporary Music Players have been among those to commission his symphonic, vocal, electronic, acousmatic and chamber music works, and they have been performed by such internationally renowned orchestras as the BBC Symphony Orchestra (London) and the Tonhalle Orchester Zürich.  Extended Apocalypsis was premiered on September 27, 2011 at Copenhagen’s Studio Hall.
“The musicians of the McGill Contemporary Music Ensemble and I are proud to present the most significant work of Montréal-based composer Philippe Leroux in Toronto: Extended Apocalypsis,” said Guillaume Bourgogne in a statement. “Partly poetic oratorio, introspective and retrospective in the creative process, we offer you one of the most monumental musical creations written in recent years.
Two other selections will also comprise the program: Parisian composer Franck Bedrossian‘s Division (for bass clarinet, trombone, double-bass, ensemble and electronics) and Canadian Sean Ferguson’s Projet miroirs (for cello, video projection and live electronics with gestural control.) 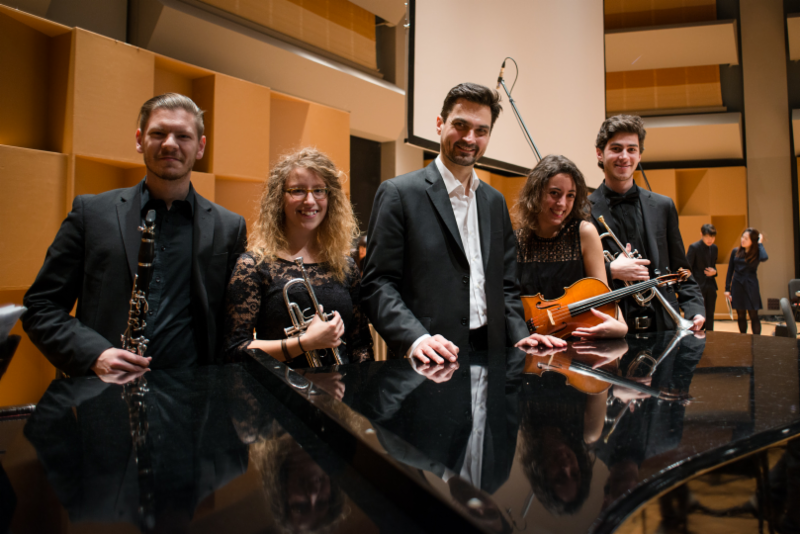 Named one of “France’s most brilliant young composers” by prestoclassical.co.uk, Paris-born Franck Bedrossian, composer of Division, is a Paris Conservatory graduate who has studied under Pierre Leroux and is currently the Associate Professor, Composition, at The University of California Berkeley’s Department of Music.
A former Dean of the Schulich School of Music, Fort Vermilion, AB, native Sean Ferguson is a member of Schulich’s research department and faculty, teaching electroacoustic and instrumental composition, orchestration, the history of Canadian and electroacoustic music.
Named one of Wired’s “Leaders Advancing Technology,” Ferguson’s Projet Miroirs premiered in 2007 at the Enaction in Arts Festival in Grenoble.
Currently Professor of Conducting at the Schulich School of Music and Music Director of the McGill Contemporary Music Ensemble, Guillaume Bourgogne entered the Paris Conservatory after learning to play the saxophone in his native Lyon. A musical analysis, harmony and orchestration first prize winner, he has guest conducted the Gulbenkian Orchestra, the Seoul Philharmonic Orchestra and the National Bordeaux-Aquitaine Orchestra. Bourgogne concurrently serves as the co-artistic director of the Paris music ensemble Cairn, principal conductor of Sao Paulo, Brazil’s Camerata Aberta and as artistic director of the Lyon ensemble Op.Cit.
This is the first offour of four free Schulich School of Music concerts in the Canadian Opera Company’s Free Concert Series in the Richard Bradshaw Amphitheatre that runs from Nov. 22 through Dec. 1.
These prize-winning performers and inspiring ensembles from the Schulich School of Music spotlight some of the most promising Canadian classical and jazz stars of the future.
The Free Concert Series in the Richard Bradshaw Amphitheatre is a 10-month long series that runs from September to June.
– 30 –