You are at:Home»La Scena Online»Newswire»Lyric Festival of the Stone Theaters; simply a triumph
Advertisement / Publicité

The event that brought beauty to the public and enhanced the Sicilian archaeological sites has consecrated itself as one of the most important and varied Italian musical events.

There is no sign of diminishing the echoes of all the achievements of this summer by the Lyric Festival of the Stone Theaters, the event, now in its third year of activity, which took place in the main Sicilian archaeological sites, capturing over twenty thousand spectators with a truly extraordinary variety of high quality artistic manifestations, consecrating itself as one of the most important and varied Italian musical events. 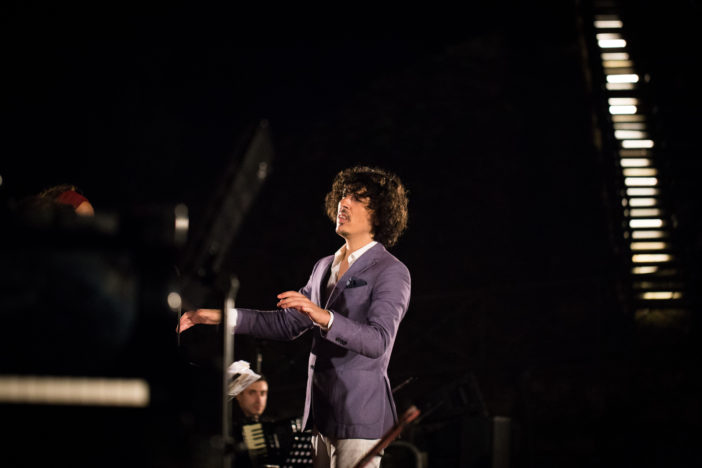 The Lyric Festival of the Stone Theaters is designed and produced by the Sicilian Lyric Choir and this year had partners of unique value: the Philharmonic Orchestra of Calabria and the Astra Theater in Gozo (Malta), which also led to a visit to Sicily by the Minister of Culture of the Government of Malta, who greeted this excellent collaboration with great joy and interest, adding great value to the international vocation of the musical event.

The artistic ensembles that accompanied the whole festival were also quite significant: the Sicilian Lyric Choir and the Calabrian Philharmonic Orchestra.

The CLS, directed by Francesco Costa and chaired by Alberto Munafò Siragusa, owner of the Oscar della Lirica, one of the most famous concert companies in Italy, with productions in Italy, Europe, Asia, collaborations with some of the most important conductors, directors and singers from around the world – José Carreras, Donato Renzetti, Ralf Weikert, Grisha Asagaroff, Lu Jia, among others – works broadcast worldwide on RAI, SKY and in cinemas around the globe. 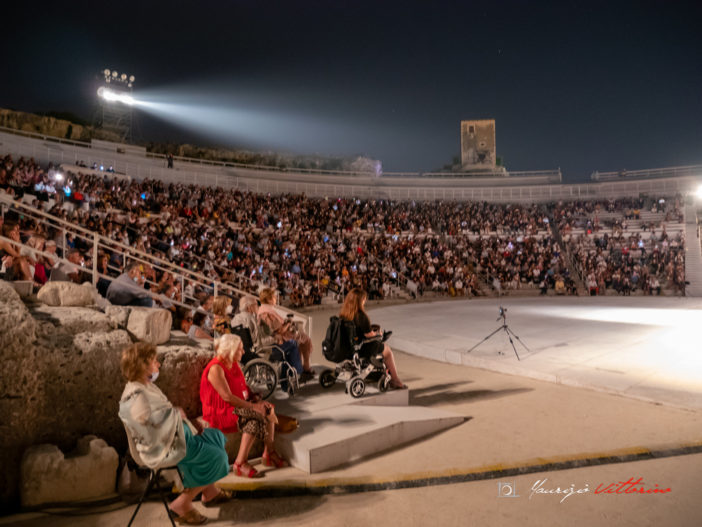 OFC, directed by Filippo Arlia – Principal Director of the Festival -, a formation that boasts collaborations with some of the most famous musicians in the world, such as Michel Camilo, Ramin Bahrami, Sergej Krylov, Ilya Grubert, Sergei Nakariakov, Yuri Shiskin. As well as with famous artists such as Dimitra Theodossiou, Piero Giuliacci, Alberto Gazale, José Carreras.

The 2021 Festival ended, in a packed theater and among several standing ovations, with the suggestive “Franco Battiato Tribute” concert dedicated to maestro Franco Battiato, who passed away on May 18 at the age of 76. The tribute performed in the Greek-Roman Theater of Catania, the last stage where the Sicilian singer-songwriter performed, revived the poetic and profoundly spiritual compositions of the Etna singer among the millenary “black” rocks of the Etna Odeon, where on September 17 in 2017 he greeted the public for the last time with his work “Archaic Mass”.

A novel success that affirms a Sicily full of strength and vitality, where the spread of art, culture, music and beauty are combined with the enhancement of the exceptional and amazing archaeological sites of incomparable beauty that this land possesses and offers to tourists from all over the world; a further triumph for the Sicilian Lyric Choir, a model reality in the national and international cultural and musical panorama which is confirmed as one of the most dynamic, versatile and prolific concert organizations in the wonderful Land of the Gods.

You can travel the world, or come and visit it, in Sicily! – Lyric Festival of the Stone Theaters