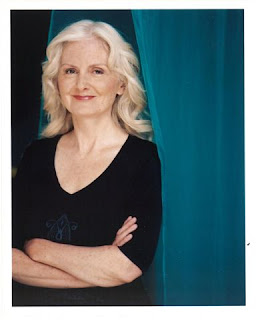 Pianist Christina Petrowska Quilico
Virtuoso pianist Christina Petrowska Quilico, one of Canada’s leading interpreters of contemporary music, performs music by a number of Canadian composers, and celebrates the music of Ann Southam on the fifth anniversary of the composer’s death.  Recitals will take place in Toronto and New York in October and November.  The Southam anniversary will also be marked by the Centrediscs re-release of two of Petrowska Quilico’s acclaimed recordings as a boxed set.
JEANEANE DOWIS MEMORIAL CONCERT – Wednesday, October 28 finds Petrowska Quilico in New York City, as one of a roster of pianists performing in memory of their great teacher Jeaneane Dowis (1932-2013), who was assistant to the legendary Rosina Lhévinne at the Juilliard School.  Petrowska Quilico, a student of Lhévinne, had also studied with Dowis at Juilliard as well as privately and at theAspen Music Festival.
The free concert takes place Wednesday, 7 p.m. at the Bruno Walter Auditorium, New York Public Library for the Performing Arts, Lincoln Center.  Petrowska Quilico will perform what she calls her “party piece”, Ann Southam’s Glass Houses No. 5.  October 28 would have been Dowis’ 83rd birthday.
NEW TWIST ON THE CLASSICS: CONTEMPORARY CANADIAN WORKS –Thursday, November 12, 7:30 p.m. at the Tribute Communities Recital Hall (Accolade East Building, York University) – Petrowska Quilico, professor of piano at York University, gives a concert featuring a twist on the classics, with works by Ann Southam, Steven Gellman, Patrick Cardy and John Rea.  Rea dedicated movements of his Variations transformelles sur les“Kinderszenen” de Robert Schumann to fellow composers, past and present.  Tickets, $15; students and seniors $10, are available from the box office, 416.736.5888 orhttp://facilities.ampd.yorku.ca/home/contact-us/boxoffice.
YORK UNIVERSITY FACULTY SPOTLIGHT SERIES – Thursday, November 26th at 12:30 p.m. at the Tribute Communities Recital Hall (Accolade East, York University) – Petrowska Quilico commemorates the fifth anniversary of Ann Southam’s death by performing Southam’s Stitches in Time, Altitude Lake, Where and excerpts from Rivers and Glass Houses.  Admission is free.
Both of the York University recitals are being recorded for CDs, thanks to a grant from the Ontario Arts Council.
CENTREDISCS BOXED SET: ANN SOUTHAM’S GLASS HOUSES – Centrediscs, the recording label of the Canadian Music Centre, will release a boxed set of Christina Petrowska Quilico’s highly lauded CDs, Glass Houses Revisited (2011) and Glass Houses Volume 2 (2014) this November to commemorate the fifth anniversary of Southam’s death. Glass Houses Revisited, which Petrowska Quilico had edited and revised with Ann Southam’s blessing not long before the composer’s death, has become one of Centrediscs’ all-time best sellers.  Both the Globe and Mail and Toronto Star accorded it four stars out of four, and it was named one of “30 best Canadian classical recordings ever” by CBC Music.
Shortly before her passing, the composer praised Petrowska Quilico’s editing and performances for the Glass Houses Revisited recording, exclaiming, “I’m still blown away by the way you play Glass Houses. They’re your pieces, for sure!!!”
To date, Petrowska Quilico has recorded three major cycles by Southam for Centrediscs (including Rivers and Pond Life), for a total of six CDs on that label, in addition to Southam pieces she has recorded on four compilation discs.
More information about Ann Southam is available at www.musiccentre.ca/node/37211.
CHRISTINA PETROWSKA QUILICO (www.petrowskaquilico.com)
One of Canada’s foremost pianists and a multiple Juno nominee, Christina Petrowska Quilico has appeared in solo recitals, chamber settings and with orchestras on four continents. Widely recognized as an innovative and adventurous artist, she is a longtime champion of contemporary and Canadian music, but is equally at home in the traditional classical repertoire. CBC Music chose her as one of the 20 Can’t-Miss Classical Pianists of 2014, placing her in a shared spotlight with some of the world’s most celebrated pianists, and in 2015 named her one of 25 Greatest Canadian Pianists.  Her 37 recordings span three centuries of music, and have garnered accolades from critics and audiences alike.
The video Christina Petrowska Quilico: Music for the Eyes and Ears serves as an introduction to the Ann Southam performances – www.youtube.com/watch?v=pahD3XZn8LU&feature=em-share_video_user