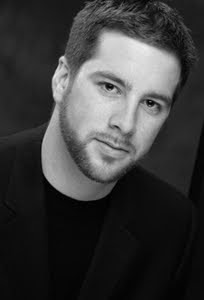 Just received the following press release from the Met – Newfoundland baritone Peter Barrett is making his Met debut this evening as Dr. Malatesta opposite a stellar cast of Anna Netrebko Norina and Matthew Polenzani as Ernesto. This is great news for Peter and for Canadian opera. He was a member of the COC Ensemble, and even at that early stage of his career, he had all the ingredients of a major singer – gorgeous voice, solid training, stage presence, musicality, and the drive and ability to excel. We say Bravo to Peter, and “Toi toi toi” for this evening!

Peter Barrett will make his Met debut singing the role of Dr. Malatesta in this evening’s performance of Don Pasquale, replacing Mariusz Kwiecien, who is ill.
Barrett, a Canadian baritone and prize winner at the Montreal International Competition, has appeared with the Canadian Opera in Toronto, Vancouver Opera, and the Wexford Festival in Ireland.
Don Pasquale, conducted by James Levine, also stars Anna Netrebko as Norina, Matthew Polenzani as Ernesto, and John Del Carlo in the title role.