You are at:Home»Scena Arts»Dance»Crystal Pite, Dance as a Mother Tongue

Still not familiar with the work of Crystal Pite, the prodigious Canadian choreographer who won the 2018 Grand Prix de la Danse de Montréal? Revisor, a highly anticipated new production by her Kidd Pivot company will soon give you the opportunity to discover the coherence and evocative power of her universe.

It was in Victoria, B.C., that young Pite performed her first entrechats. Formerly a member of British Columbia Ballet and William Forsythe’s Frankfurt Ballet, the Canadian has become a star of contemporary dance, accumulating prizes and recognitions. Successively named associate choreographer of the Nederlands Dans Theater, associate dance artist of the National Arts Center of Canada, and associate artist at Sadler’s Wells in London, she has written more than 40 works for such prestigious companies as the Nederlands Dans Theater (and, in the same vein, the Ballet Cullberg of Sweden), the Frankfurt Ballet, the Cedar Lake Contemporary Ballet in Manhattan and, closer to home, the British Columbia Ballet, the National Ballet of Canada, Robert Lepage, Louise Lecavalier/Mad Gladiator – not to mention Les Ballets Jazz de Montréal, where she was choreographer-in-residence from 2001 to 2004. In 2002, Pite founded Kidd Pivot, a multidisciplinary company that integrates movement, original music, text and visual arts. “I see the Kidd Pivot company as an artistic haven,” she says, “and a long-term opportunity to foster and evolve privileged exchanges to work with artists I want to move forward with.” 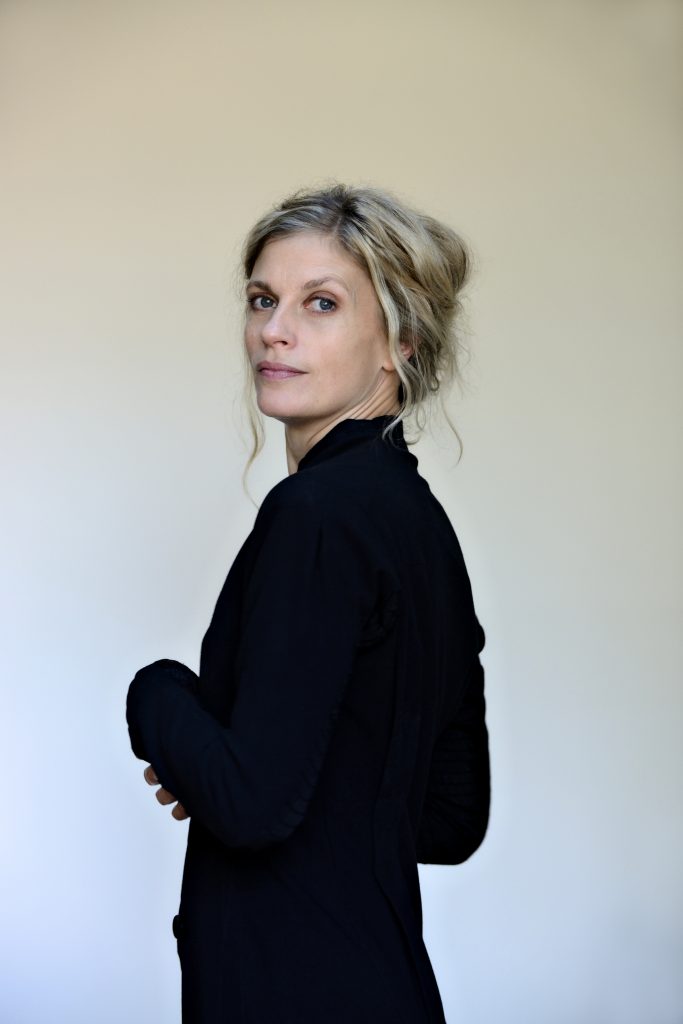 Kidd Pivot is a matter of balance in Pite’s life. The company allows the choreographer to meet and think about themes that challenge her personally, away from the gigantism of some of her projects. Last May the choreographer directed 54 dancers of the prestigious ballet of the Paris Opera on the stage of the Palais Garnier, in the dazzling The Seasons’ Canon, a work that had already triumphed the previous season. Using the bodies of the 36 dancers of the Royal Ballet at London’s Covent Garden, Pite has also created Flight Pattern, a work that examines the immense refugee crisis and has just won the 2018 Laurence Olivier Award (the equivalent in England of the Molières), a prize awarded by the Society of London Theatre.

Pite also won this award in 2017 with Betroffenheit, a dazzling show on post-traumatic shock presented by Danse Danse. Co-authored by Canadian actor and playwright Jonathon Young, this also won Le Grand Montreal Dance Award 2018 (see box). “Jonathon Young and I both write, but we do not use the same language,” she says. “He uses words, while dancing is my first language. But I like the hybrid forms that result from our encounter.” The complementarity has worked perfectly. Now, after The Statement (2015) and Betroffenheit, they are adapting Revizor (1836), the classic comedy of the great Russian author Nikolai Gogol.

Something that touches us all

Why Revisor? “This fable about corruption is very political and remains terribly current,” Hite says. “Are the ruling classes around the world more than ever suspected of seeing only their own interests? The notion of change is central to this work; we also wanted to work on the themes of corruption and disappointment. Jonathon had the idea to do it as irony, using this satire on the bad conscience and human mediocrity, where the guilty redeem their sins with good deeds.”

The Canadian nevertheless preserves the light tone of the work. The plot begins with a misunderstanding: a letter announces to the governor of a small town that the inspector general has arrived with secret instructions. Paranoia and bad faith spread like wildfire among the authorities. This gives a young, penniless traveler the opportunity to pose as the dreaded revizor, ridiculing the rogue officials.

“I love the story and wanted to record the text to broadcast it as a narration during the show,” says Pite, who choreographed the movement in relation to – and reaction to – the text. “How to put it? It’s like we’re doing lip-sync, as we did for some Betroffenheit scenes. It’s fabulous to realize how much text can exist through the body of the dancers. The text is the key to the sound environment and that of the show.”

It must be said that this is not the first encounter of the choreographer with narrative. She has already worked with the language of Shakespeare in The Tempest Replica (2012), succeeding in expressing the complex relationship of Prospero with the story that she created. “Dance is a moving language because everyone intuitively understands movement,” the choreographer explains. “The gesture not only tells the story, but also gives the point of view of the protagonist.” And since the text provides the story and the words, gesture has the freedom to convey the emotions of the plot. “Every spectator knows and feels in his body what has left and what is left. It is something curiously metaphysical and social, which is beyond words and reaches us all.

“Revisor is a show full of meaning and truth,” Pite continued. “The relationship between the body and language is made significant by the physical place from which this authenticity emanates. Revisor has a literal side, concrete, anchored in the narration; and a more abstract side, carried by the virtuosity of the performers. The tensions between these two poles support the whole show.

“After all these years, I still do not know if I’m working ‘in theatre,’ as the Dutch say. But I like playing with props and scenery. They give a palpable reality to the worlds that I imagine and also allow me to bring the public into an environment that it recognizes, which is crucial for the accessibility of contemporary dance.”

Two years after diving into the creative process with her favorite collaborators, the choreographer enjoys the vagaries of creation. After few weeks of a honeymoon comes a long time of tenacious and devious doubt, which questions every decision and puts everything in question. Revisor is still in the works. Hite takes care to name her long-time collaborators Jay Gower Taylor (set design), Tom Visser (lighting) and Nancy Bryant (costumes). Hite says: “My choreography is my response to the world we live in and I have the chance to work with a happy and talented technical team and beautiful performers.”

Developed with support from the National Arts Centre’s National Creation Fund, co-produced by Sadler’s Wells (London), Théâtre de la Ville (Paris), University of North Carolina at Chapel Hill, The CanDance Network Creation Fund and Danse Danse (Montreal), Revisor is one of 200 projects funded under the Canada Council for the Arts New Chapter program. The premiere will take place in February at the DanceHouse in Vancouver before heading to the NAC in Ottawa, Toronto’s Canadian Stage and Place des Arts in Montreal. www.dansedanse.ca