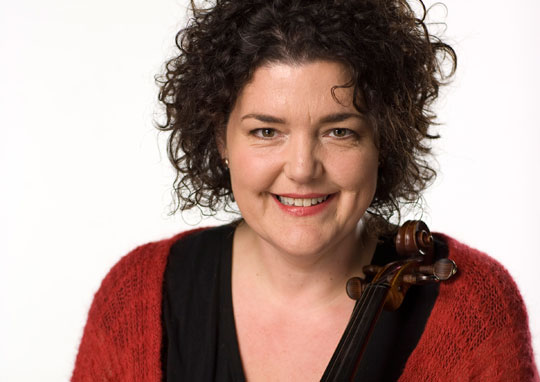 Wherever she goes, Julie Triquet has the desire to meet others and to share that which animates her every day: music. A look at a journey that has been both classic and extraordinary by the woman who became concertmaster with I Musici de Montréal in 2012.

A native of Québec City, Julie Triquet began studying violin at the age of 3 with teacher Claude Létourneau. “My mother had seen an interview with him on television, and she had become sort of convinced.” Triquet fell in love with the violin from the moment she started playing. She subsequently pursued her studies at the Conservatoire de musique de Québec before being admitted to the legendary Curtis Institute in Philadelphia with David Cerone and Aaron Rosand, two of the instrument’s great masters.

With multiple awards from the Canada Council for the Arts and grand prizewinner at the OSM Competition in 1982, Triquet had an undeniable talent, as well as the necessary discipline to achieve her highest ambitions. “At 13 years old, I knew that I would become a professional violinist. I had already been playing this instrument for ten years. I believe that life chooses for us a little. My studies were always focused on the violin, so it was quite natural for me to follow this path,” she explains.

Throughout her career, Triquet has stood out as a major figure in the field of chamber music. She was first violinist of the Quatuor Arthur-Leblanc, and between 1993 and 1998, she was the assistant concertmaster of the Violons du Roy. Now, as concertmaster of I Musici, her role involves being the link between the conductor and the musicians. “I need to lead by example and I have to be there for the musicians.”

Julie Triquet has unconditional love for music and for her violin. She is partial to J. S. Bach. She admits that she becomes attached to the pieces that she works on. “I invest a lot of myself when I learn a new piece. For example, I like to learn all about the context of its creation.”

What interests Julie Triquet, besides music? “I would love to do humanitarian work in developing countries.” A generous woman who beautifies our lives with music. 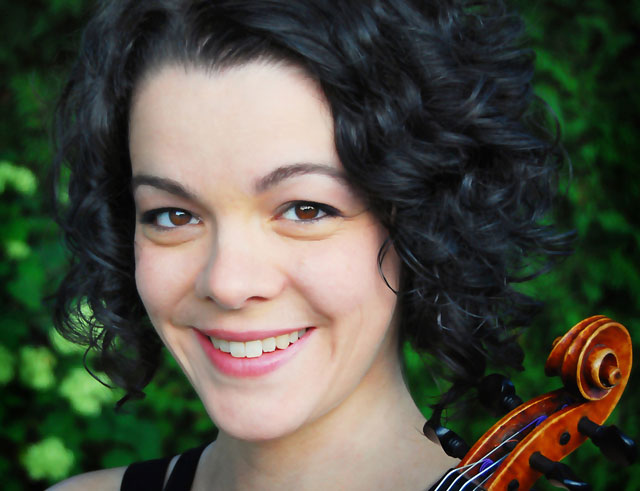 Cousineau. The name is familiar to more than a few music lovers. The daughter of eminent violinist, composer, and founder of the Petits Violons school Jean Cousineau, Yukari has become a key figure in the Québec music scene. We sat down to meet with this leading violinist.

Yukari Cousineau says that from the start, music was in her DNA. “I’m like Obélix – I fell into it when I was little,” she laughs. This precocious immersion is the source of many precious memories for the musician. One of her earliest experiences with the art was through the Claude Jutra film Mon oncle Antoine, for which her father composed the soundtrack. “I have this vivid memory of sitting on his lap and listening to him talk about the film and the recording sessions.”

Then, at five, she first touched a bow to the strings of a violin. Since then, it’s been a companion that follows her closely. The years at Petits Violons were beautiful ones. “I preferred being with the orchestra on weekends rather than skiing with my friends.” Then, in her early twenties, Cousineau was torn by doubts; she wandered into philosophy and literature. “I had always played violin and I had never asked myself about my future. Also, I was always open to other things.” Two years of hesitation passed, which she describes as having been necessary and revealing. However, the call of the violin was always there. “One morning, I was practicing and I didn’t notice time passing. I had missed my class. That was the moment that I decided to enroll in music at university.”

She finished her studies at the Department of Music at UQÀM with Martin Foster, who would become a mentor and especially a friend. At the end of her studies, Cousineau received the best grade on a final exam ever awarded in the history of the department, all instruments included.

In January 2010, Cousineau was named concertmaster of the Orchestre Métropolitain, where she has been a member since 1998. She occupied the post of assistant violin until 2003, and associate principal viola from 2003 to 2009. It’s a role that she has taken on with rigour and discipline, but also with a lot of humanity.

“Being concertmaster is a great challenge on many levels. You need to have a substantial reading of the conductor and unparalleled concentration. It’s also necessary to find the spark that will inspire other musicians to follow you. It’s a bit like being a second conductor after the maestro.”

Whether it’s as a soloist, chamber musician, or orchestral musician, Yukari Cousineau has a continual desire to transmit her passionate love of music. She believes deeply that music is a formidable means of communication and expression. Yukari Cousineau is an inspiring woman and an exceptional musician.