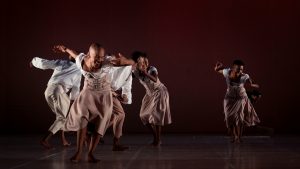 This year, the Danse Danse program features big international names. Hailing from South Africa, Dada Masilo returns to Montreal with Giselle from Sept. 25 to 29, following the success of her fresh interpretation of Swan Lake in 2016. This year’s series includes seasoned Canadian creators such as Tentacle Tribe and RUBBERBANDance. A few light-hearted diversions enliven this this solid and traditional program: The Sylvain Lafortune and Esther Rousseau-Morin duo will present L’un L’autre, which extols the complicity and the complexity of “we,” at the Cinquième Salle of Place des Arts from Oct.16 to 20.  www.dansedanse.ca

At Usine C, the dance program will be mix local and international artists, including a double reprise of the choreographic creations So Blue (2013) and Battleground (2016) by the great Louise Lecavalier on Oct. 9,10,12 and 13, respectively, as well as the mesmerizing presence of Flemish artist Lisbeth Gruwez in the incarnation of the musical soul of Bob Dylan on Nov. 7 and 8. Just before the holidays, Compagnie Marie Chouinard will renew two pieces from their repertoire in a double bill of Henri Michaux: Mouvements, a piece inspired by the writings and drawings of the French poet and painter; and 24 Preludes by Chopin, a celebration of the composer’s oeuvre. This is an all-too-rare occasion to see these internationally acclaimed virtuoso dancers in Montreal and outside of Place des Arts. As an even-number year, 2018 also marks the autumnal return of the Biennale Actoral in its third Montreal edition, from Oct. 23 to Nov. 3. In the spotlight are contemporary Quebec works by Dave St-Pierre, who will present his newest multi-layered collaborative production, Fléau; and European works by Miet Warlop and Michele Rizzo from Belgium and Théo Mercier and Malika Djardi from France. The complete program will be announced on Sept. 6.  www.usine-c.com

The coming season at La Chapelle is overflowing with new endeavours, with musical forays motivated by Les Salons Acoustiques, a taste of the circus, many fresh faces and, ever at the forefront, local collaborations with Actoral Montréal of Usine C, the artists of Daniel Léveillé Danse, and Danse-Cité, among others. The La Chapelle dance program includes works that are short and sweet: Hidden Paradise by Alix Dufresne and Marc Béland staged on the literary backdrop of Alain Deneault (Oct. 29 to Nov. 6), the return of bang bang by Manuel Roque, first presented at the 2017 FTA (Nov. 15 to 17), and Normal Desires by circus artist Emile Pineault (Nov. 21 to Dec. 1), an acclaimed production featured in this summer’s OFFTA. L’Homme de Hus, another show to look out for, marks artist Camille Boitel’s return to Montreal after the captivating success of L’immédiat in 2016, with a solo that brought him to the forefront in 2003 (in partnership with TOHU). The skilled and inventive motions of the circus maestro, as he combats the silencing oppression of the material world with his poetry, will no doubt draw in and enchant audiences that are receptive to the beauty and technique of movement. www.lachapelle.org

From autumn’s customary New Waves (Sept. 6 to 9) to the EDCMTL student performances held just before the holidays (Dec. 5 to 8 and 12 to 15), directed by a new and exciting team of choreographers this year – Anne Thériault, Dany Desjardins or the Basque Country’s Iker Arrue – Tangente continues its committed work in the name of creativity in dance. Their double- or triple-bill model generates surprising combinations. For instance, We can disappear you by Thierry Huard, a quintet featuring a captivating cast (Angie Cheng, Karina Iraola, Silvia Sanchez, Andrew Turner and Simon Vermeulen, with music by composer Lucas Paris) will share the evenings of Oct. 18 to 21 with the video installation Capture Practice by Arkadi Zaides, an artist hailing from Israel. This installation is a new development of his research into the B’Tselem video archives which follows the solo work Archive that was presented at the FTA in 2015. www.tangentedanse.ca

This year, Agora de la danse presents choreographic experiences that project dance to the fringes of other domains: modern technologies, therapeutic practices and immersive participation. Video projections will take over the façade of the Wilder Building in September and October – the first being an echo of the digital project Eve 2050 by Van Grimde Corps Secrets in collaboration with DAVAI; and the second being Rebo(u)nd, the digital half of Ground, a work imagined by Caroline Laurin-Beaucage with Hub Studio. A parallel to these projections, the Catalonian choreographer Roger Bernat will offer Montreal audiences his own version of the legendary Le sacre du printemps (The Rite of Spring), here conceived as a physical chorus of spectators wearing headphones (four shows from Sept. 12 to 15). Local female artists including Catherine Gaudet, Line Nault, Lucie Grégoire and Karine Ledoyen will take the lead until December with several performances. www.agoradanse.com 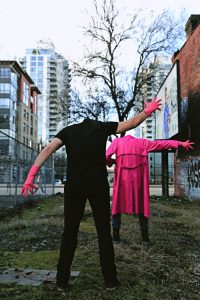 Montréal, arts interculturels (MAI), a collective focussing on eclecticism and multidisciplinary creation, presents a program abounding with world artists based in Canada and Montreal. We’ll have to wait until late November before dance takes the spotlight. Celebrating 30 years, the Nyata Nyata dance company is a school and performing arts centre unique in the Montreal landscape that merges African dance techniques and contemporary movement. The solo show Wamunzo by choreographer and artistic director Zab Maboungou will be performed on Nov. 23 and 24 beyond their own walls at the D.B. Clarke Theatre at Concordia University. Distinctively thrilling and eccentric, The Biting School will visit Vancouver two weeks later (Dec. 7 and 8) with Cain & Abel, which relates the story of brothers Aryo and Arash Khakpour and explores the roots of fraternal enmity.  www.m-a-i.qc.ca