Since his arrival in Montreal in 2004, Pierre-Yves Martel has carved himself a nice little niche in the city’s music scene. With a double bass and a viola di gamba in tow, this son of the Nation’s capital has become an integral part of Constantinople, a world-music group established by the Tabassian Brothers that fuses Persian music with those of other cultures. Parallel to that, Martel has found his way within the creative music scene, collaborating both locally with the musique actuelle crowd and forging links with likeminded experimentalists abroad (see listening hints below).

As a leader, he first instigated Quartetski a decade ago, an unusually named group that puts new spins on works of the classical repertoire. After its debut with Visions fugitives by Prokofiev (the band’s name alluding to the composer’s Slavic origins), the ensemble has cast a wide net since, from Satie to Stravinsky for the moderns, to Purcell and Hume for the baroque, and now Bartók in its most recent effort.

On April 4, Martel and cohorts will take to the stage of the splendid sounding Gesù theatre to reprise 29 of the miniatures contained in the Hungarian master’s renown solo piano opus Mikrokosmos. Just a year ago, this project was issued on the Ambiances Magnétiques label.

“I wanted to put on this concert as a way of marking the band’s first decade,” Martel says during a phoner, albeit with one caveat: “I thought at first of dividing the evening between my first and latest project, to loop the loop so to speak, but that seemed too obvious to me. Instead, I turned to another famous Prokofiev work, Peter and the Wolf, but retained the story rather than the music, which then allowed me to compose all original music instead, and a first for the group, too.”

Preceding this premiere will be another one appended to the Bartók pieces played in the opening half of the program. As Martel explains: “In 2013, we revisited The Rite of Spring, to coincide with its premiere a century ago, but after dealing with such a substantial work, I wanted to change gears completely, and Bartók fit that bill perfectly. But I will tack on a work of my own, I call it Makrokosmos, conceived in sharp contrast to the short pieces because it will last longer and be quite minimalist in its materials.”

For the Fall, Quartetski will surface again, this time with its jazziest project: the music of Duke Ellington! For the occasion, Martin Tétreault will bolster the group, devilishly spinning Ellingtonia on his turntables. Please stay tuned. 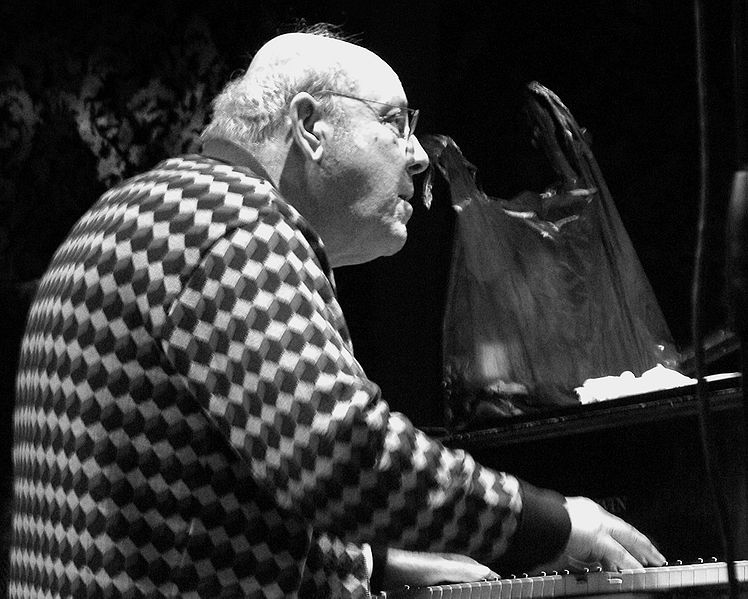 Few professional musicians would ever admit publicly that they were not that good. The recently departed Dutch pianist Misha Mengelberg however once claimed in an interview that he was rotten as a player. Yet this apparent impediment did not prevent him to pursue a lengthy career spanning more than five decades, nor did it rob him of any recognition for his ­accomplishments, both at home and abroad.

As a founding father of a genre, labelled as European free improvised music, this musician never came close to the playing standards achieved by today’s keyboard whizzes. Yet, few of these have found such a singular voice in their playing and concept as the modestly gifted musical iconoclast Mengelberg. Born in Kiev of musical parents – his father a conductor, his mother a harpist – he seemed destined to a classical path, at least until the family’s return to Holland just before the outbreak of the war. In the fifties, he discovered jazz, turned on by Thelonious Monk, the only musicians to have impressed him, as he states in a 2011 documentary shot in London during his final live performances abroad.

The ensuing decade, the Fabulous Sixties, was also formative: for one, he was was tweaked by the provos, a homegrown movement of social agitators, while also finding added inspiration in the avant-garde, especially in the multi-disciplinary Fluxus collective and free jazz. In 1967, he took a decisive move by teaming up with drummer Han Bennink and the rebellious multi-reedman Willem Breuker to institute a foundation for improvised music (the BIM) and a record label (ICP, short for Instant Composers Pool), both publicly funded.

Mengelberg would take over the reigns in full after a fallout with the saxman and head a loose collective of constantly varying personnel (the ICP Orchestra) until the mid-1980s, at which time it would crystallize into a more stable group of about ten players.

This group was precisely the one that toured extensively, including four well-attended Montreal performances at La Sala Rossa between 2001 and 2013, the last minus its leader in the throws of Alzheimer’s Disease. Since then the group has found a worthy successor in the person of Guus Janssen, an equally quirky, yet more expansive keyboardist.

Anti-authoritarian by nature, Mengelberg never held his troops tight on a leash, letting them go astray and confident they would all safely fall on their feet. A man of strong convictions, he claimed to never have been a great Ellington fan, in spite having covered his tunes, and openly disdained Mingus, and Bach as well “with two or three exceptions in one of his masses.”

Beyond a body of original compositions that often betray a skewed sense of humour, Misha Mengelberg has bequeathed more of a way of playing music, a kind of spirit that enables his charges to keep the group alive and with the times rather than becoming a ghost band stuck in a time warp. ICP forever!

There are some who stand out from the crowd, and others who stand out further from them. Éric Satie was one of those. A tad eccentric, he expressed himself in unique ways, both in sounds and words, his unusual titles betraying an unconventional sense of humour. Enigmatic, he seemed to have concealed his private life behind a worldly like demeanour; his residence in the Paris suburb of Arcueil, for instance, was off limits to all but his cleaning lady.

As for his music, it stood apart from those of his contemporaries. One story has it that he called his first piece written during his student days Opus 62, his teachers not amused by his mischievous stroke. Resolutely anti-Germanic – no sauerkraut please, he would say – his music shared nothing with the extended forms and highly chromatic harmonies favoured by others. Instead, his compositions, written almost exclusively for piano, were miniature-like, covering no more than a handful of pages, and modal in nature, often built around a single scale rather than sets of chords. Harmonically static, his music seems ascetic in tone, yet the slowly unfurling melodies gently tweak the ear in a very sensual way.

Such qualities bespeak double bassist Jean-Félix Mailloux. Active on the Montreal scene for more than a decade, this string player made music his calling from an early age. “At 13, he recalls during a recent chat, I first discovered Satie in school in our music program, and it clicked: I felt I belonged there. I was drawn to that harmonic world. I’ve read about him over the years, listened to recordings, like those of Aldo Ciccolini, for years the only exponent of his music.”

Around 2004, the bassist put together a group that he would eventually name Cordâme. Inspired by John Zorn’s Masada String Trio, the budding bandleader eventually broadened the concept while retaining flavours of Eastern musics in the mix, as heard in recordings produced for the local imprint, Malasertes Musique.

His current project, simply called Satie variations, was inaugurated in 2016 to mark the composer’s 150th anniversary of his birth. Premiered at the Montréal en Lumière Winter festival, the show was staged soon thereafter during the Rideau event, a province-wide showcase for arts presenters. Performing there turned out to be the real clincher for Mailloux and cohorts. “That one showcase enabled me to get about fifty gigs in all corners of Quebec, he enthuses, and an invitation to play at several member venues of Montreal’s Maisons de la culture circuit.”

Now in its final stretch, his year of shows winds down in April with eight dates and a ninth for early May. The repertoire includes the famous Gymnopédies and Gnossiennes, but some lesser known items as well (e.g. Air à faire fuir); what’s more, Mailloux has slipped in a few of his tunes, some being complete overhauls of Satie’s that bear little resemblance to the originals. Lovers of this composer and of stringed instruments will definitely get their money’s worth with this one.