You are at:Home»Classical Music»Radu Lupu, the Piano Wizard (1945 – 2022)
Advertisement / Publicité 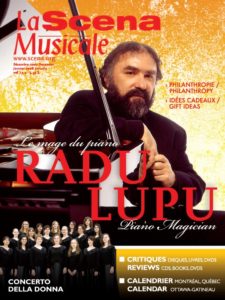 Romanian pianist Radu Lupu passed away on April 17, 2022. We pay tribute to him by reprinting a cover profile written by the late Lucie Renaud, published in the December 2007 issue of La Scena Musicale.

Unclassifiable, incomparable, unforgettable, Radu Lupu has been thrilling audiences around the world for over 40 years with music making that is anchored at one and the same time in the depths of the instrument and in the soul of the composer, with an exceptional musical sensitivity, an unsettling yet discretely presented technical facility, a rarefied inwardness and a sure gift for painting sonic landscapes. His qualities as a pianist and the aura of the secret artist he gives off put him in a class of his own. “He has the celestial pianissimos of a Richter, the resounding fortissimos of a Gilels, the mysterious and magical chords of a Cherkassky,” a London critic once enthused.

But despite being one of the giants of the piano, for more than 30 years, Lupu has refused all free publicity while systematically declining interviews, considering, perhaps correctly, that his words could reveal nothing more than what he transmits through his fingertips a few evenings a year to adoring audiences. When you attend a Lupu recital you find yourself almost on tiptoe, lest you should somehow interfere with the transmission of a relatively restricted number of masterpieces in the repertoire. “The audiences come to him, he doesn’t go out looking for them,” confirms Louise Forand-Samson. “And he makes no concessions to them.” Forand-Samson is artistic director of the Club musical de Québec, and she has persuaded her friend of long standing to touch down once again in Quebec City, on January 28. (The Schubert and Debussy program will be repeated two days later in Montreal for the Pro Musica Society benefit concert.) 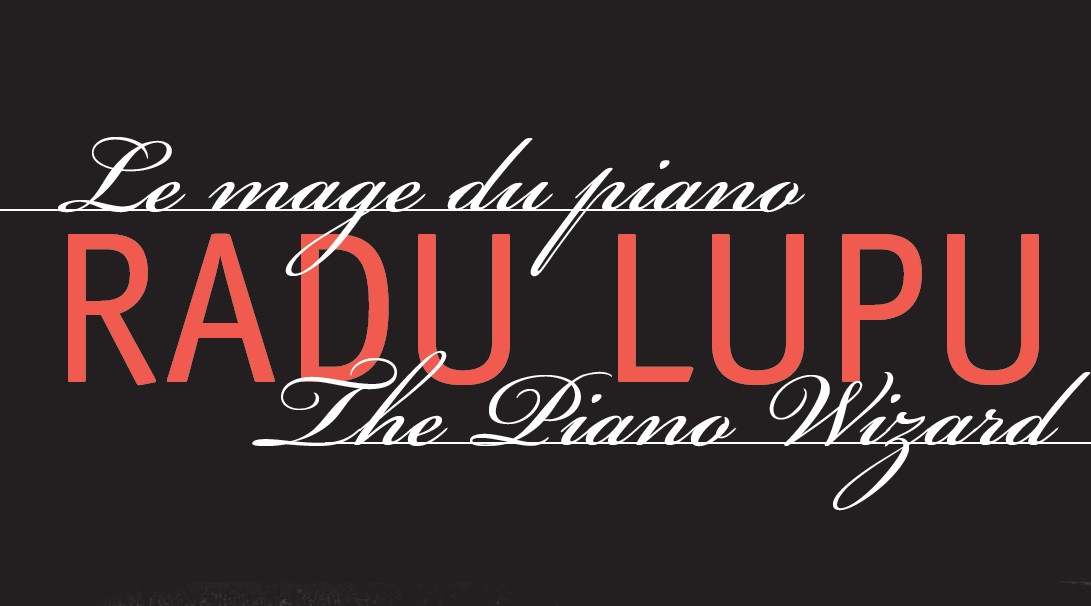 Virtuosity is never a solution in itself for Lupu, and if his playing is brilliant, the brilliance is sustained in a way that has nothing to do with flashy theatrics. “He is only interested in the music, not in imposing himself or any theory on it. He gives you the music exactly as it is,” his friend Sir Colin Davis explained in 2002, a few hours before a concert with Lupu and the London Symphony Orchestra at London’s Barbican Hall. By dint of recitals that are praised to the skies, mythic recordings (nothing new has appeared on disc for almost ten years now) and one perfectly chiselled musical phrase after another he has become above all “the pianists’ pianist,” one who is revered, is the object of limitless admiration, and both inspires and destabilizes. On a BBC radio program, Mitsuko Uchida described him as the most remarkable musician she had ever encountered, while Daniel Barenboim (who was on the podium when the pianist first performed with the Cleveland Orchestra, in 1972, and with whom he made a recording of piano four hands in 1998) evoked his exceptional auditory imagination and his ability to create orchestral colours.

Under his fingers, Schubert seduces through the elegance with which he is sung, with reserve but with conviction. The redoubtable Harold C. Schoenberg, author of The Great Pianists, explains that Lupu “knows how to shape a melody without exaggeration, and only the elect have this kind of easy, inevitable flow.” The pianist sculpts the deftly measured phrases of a Mozart concerto with a tenderness that is almost spellbinding. Edward W. Said, music critic for The Nation, after a performance of the Concerto in C minor, K. 491, described him as being “certainly the most fastidious and self-effacing of contemporary pianists, a performer whose pianissimos, rhythmic intelligence and, yes, scales are incredible, but whose strong musical personality is expressed, like Orpheus’s, by understatement and almost stoical reflectiveness.” He can be a self-effacing poet in his Beethoven but equally well play a hero. Adrian Jack of London’s Independent describes how “to Beethoven, Schubert and Brahms, he brings a depth and seriousness, a sense of infinity, that makes other pianists – even some fine ones – seem shallow and inexperienced by comparison.” When he tackles the late opus numbers of Brahms, he opens the doors to the hereafter and draws on an almost supernatural light in himself and in the listener as well. Alex Ross, music critic for The New Yorker, speaks of his interpretation of the Intermezzi Op. 117 as one of “the most beautiful piano records ever made.”

Radu Lupu, was born on November 30, 1945, in Galati, Romania. He started piano studies at the age of six with Lia Busuioseanu (whose students included Lupu’s compatriot Dinu Lipatti), and six years later made a recital debut in a program consisting entirely of his own compositions. He continued his studies at the Bucharest Conservatory with Florica Muzicescu and Cella Delavrance before earning a scholarship for advanced training at the Moscow Conservatory under the renowned Heinrich Neuhaus – teacher also of Richter and Gilels – and then his son, Stanislav Neuhaus. Lupu could not help but be affected by certain pedagogical principles, shared by Neuhaus in his Art of Piano Playing. In effect, for Neuhaus it is essential to “possess a sort of music internally,” but also “the esthetic image” of the work if one is to be in a position to integrate its meaning, content and poetry. The ear rules: it hears, arranges, trains, guides. In focusing on that esthetic image, the pianist will seize the essence of the work, technique becoming a means rather than an end. His motto, “A cool head and a heart afire,” could certainly apply to Lupu’s playing, with its continuous sense of ardour contained. 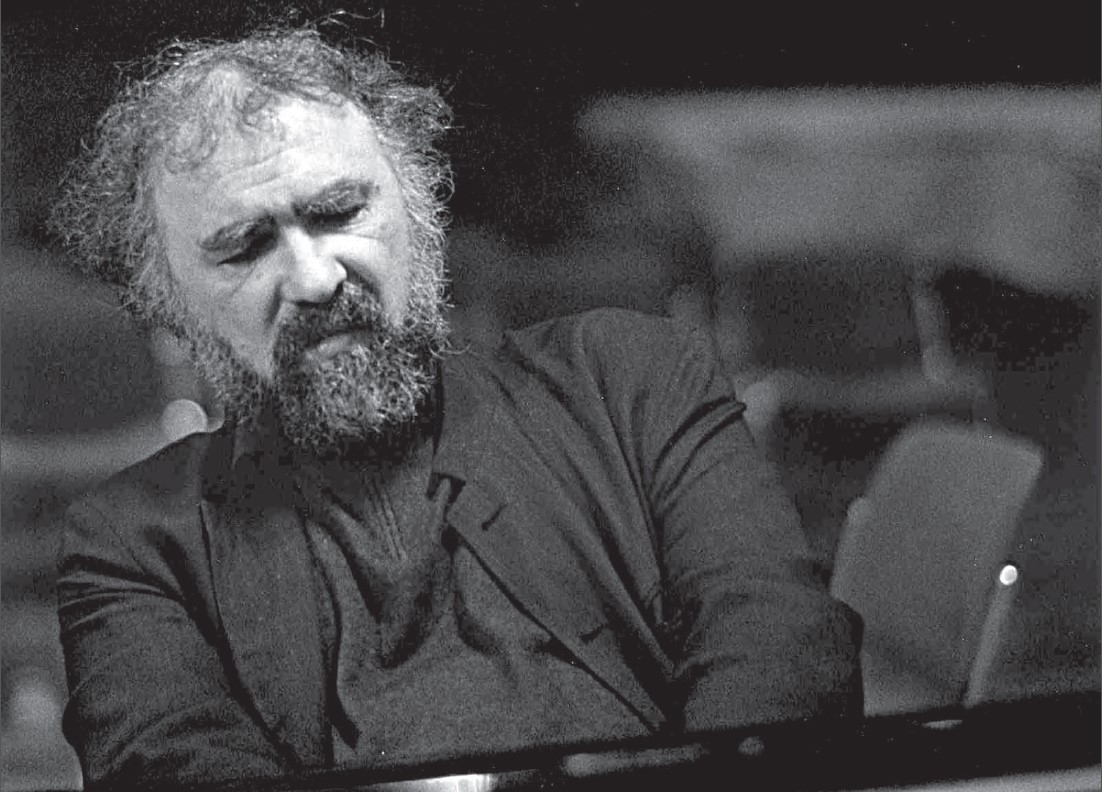 Now in his sixties, the pianist resembles a timid poet of vaguely anarchistic bent more than he does an explosive virtuoso. Nevertheless, in times past he was able to convince the juries at three important competitions of his exceptional gifts at the piano. In 1966 he won the Van Cliburn Competition with a dazzling interpretation of Prokofiev’s fiery Second Concerto. “I just did not expect it at all,” he confided to the New York Times. “Contests are very nerve-wracking. I really do not like competition at all.” Three years later he was a back-to-back winner at the George Enescu International Competition and at the Leeds before doing an about-face and devoting himself to the Austro-German repertoire, from Mozart to Brahms. “I would have liked to make a career out of playing nothing but slow movements,” he revealed to Louise Forand-Samson one day. And in fact it is often there, in the most intimate strata of sound, that Lupu, the master of half tones, climbs to the summit of sensitivity and transports the listener to a state of spirituality.

Behind the refusal to mix with journalists, the apparent sternness at the piano and the slightly scruffy impression – Lupu never looks his audience in the eye before settling into his improbable straight-backed chair – the Romanian pianist is nevertheless far from being a solitary recluse. He lives in a suburb of Lausanne with his wife, Delia, a violinist in the city’s chamber orchestra. Louise Forand-Samson speaks of him as an immensely cultured polyglot, at ease with painting and history, who loves reading, movies and bridge. Whether he comes to Québec or their paths cross in Europe, they always get in a few hands, all concentration and analysis. When he’s on the road, the pianist spends his solitary evenings in hotels playing on-line on his laptop. If not always a ready conversationalist, he can nonetheless catch fire in an instant if the subject grabs him, and carry on an impassioned dialogue. A generous man, he has committed himself on numerous occasions to causes close to his heart, including the plight of Romanian children. His humour is especially caustic, and he’s been known to indulge in the madcap. Forand-Samson mentions a dress rehearsal at the Pianissimo fortissimo event, organized in the mid-1970s, when Lupu appeared on stage riding a hand truck.

Over the years she has developed a certain closeness with the musician. Yet she confesses, “His walls aren’t thick, but few people have the key.” She tells what happened when asked for her opinion of a recital he’d just given. Deciding discretion was the better part of valour, she thought an appropriate reply was, “It had good things in it.” He dismissed her answer with a wave of the hand. “I don’t want to hear about good things,” he rumbled. “Tell me about the bad ones.” When she admitted to feeling that he’d taken the third movement of Bach’s Italian Concerto too fast, a heated discussion broke out in which Lupu asserted that he played the work “exactly the way Bach intended.” Seeing that she wouldn’t have the last word, the artistic director yielded. A few days later, the telephone roused her from sleep at two in the morning. It was Lupu, in San Francisco, announcing sardonically, “I didn’t take it so fast this evening – I hope you’re happy!”

Poet, sorcerer, diviner, Radu Lupu is certainly one of a kind. Who else can reveal so eloquently the burning embers under a seemingly peaceful surface, the fault line behind the solidity of a musical edifice, or make the piano storm one instant and make it sigh the next? To solve the musical enigma one would be tempted to quote the pianist’s renowned compatriot Virgil Gheorghiu: “Poetry, like prayer, is a ladder to heaven.” Rare are the musicians capable of such beautiful silences.