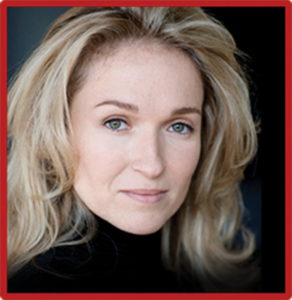 Acadian soprano Chantal Dionne has a wide repertoire ranging from opera to mélodie to oratorio. On the opera stage she has been heard as the Fourth Maidservant in Strauss’s Elektra with the Opéra de Montréal as well as a Flower Maiden in Wagner’s Parsifal under the direction of Yannick Nézet-Séguin at the Festival de Lanaudière. Roles she has sung abroad include Micaëla in Carmen (France), Pamina in Die Zauberflöte (Vienna), of Donna Anna in Don Giovanni (Italy) and Marguerite in Faust (United States). A laureate of the Concours Musical International de Montréal, Chantal also won a triple triumph in Italy at the 56th Gian Battista Viotti International Competition: first prize, the public prize and the prize for the best foreign contestant. As a concert singer she has performed in Mozart’s Requiem and Coronation Mass, Mendelssohn’s Elijah and Beethoven’s Ninth Symphony and Missa Solemnis. Her debut recital disc, Romances, with pianist Louise-Andrée Baril, was an international success.

Baritone Marc-Antoine d’Aragon has an international career that led him to perform in the opera houses of Verona, Quebec, Ottawa and Seattle among others. He is recognized in the roles of Schaunard, Papageno, Mercutio and Dancairo, for performing French songs with his group Bohème and is often a guest soloist for recitals and symphonic concerts. He has distinguished himself in several competitions: the OSM Competition, Verona, Marmande, Classical Idol Competition, Spazio Musica, Liederkranz, MET National Council Auditions, Opera Lyra Ottawa, Czech & Slovak Competition and Jeunes Ambassadeurs Lyriques du Canada. Executive director of Choeur de la montagne, d’Aragon is the founder of the new platform Artist.Center and Tourneson Studios in Montreal. He also works as a teacher and conference speaker and has published the recipe book Des crêpes à l’opéra. 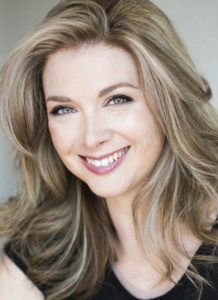 Raphaëlle Paquette has a solid training in classical singing from the faculty of music of the Université de Montréal, in piano (DEC) from the École de musique Vincent-d’Indy, in theatre with the actress Sylvie-Catherine Beaudoin and in classical dance at Les Grands Ballets Canadiens.

She is the recipient of numerous awards in Canada, including the Jacqueline Desmarais scholarship and the Fondation des Jeunesses Musicales du Canada scholarship, the Concours de musiques françaises du Canada, the Jeunes Ambassadeurs lyriques and the first Canadian prize in the Altamura/Caruso International Voice Competition.

Since 2015, she has presented her solo show “R” in several venues in Quebec, where she combines her passions: voice, dance and humour, ranging from opera to musical comedy, from French chanson to great American musical classics. In the same year she created the Duo Raphaëlle et Francis, which explores a colourful and virtuoso repertoire for voice and guitar. With more than 300 shows to their credit, in residences, CHSLDs, mental health institutes and hospitals, private concerts and numerous festivals across Quebec, the duo released their first album, C’est Magnifique!, in the summer of 2020.

“For me, the Singing Valentines, in this period of sacrifice when it is difficult to share affection and tenderness, create a means of offering a moment of comfort, of joy from the heart, of laughter and dreaming, to the people you love. “