You are at:Home»Classical Music»Vocal»Opera»Opera in the Park: Opera Everywhere, For Everyone
Advertisement / Publicité 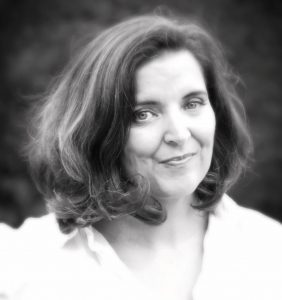 Opera in the Park: what better way to decolonize and democratize opera than to present it outdoors, for free, in a bustling local park? All you need is inspiration!

Opera in the Park is an initiative of Productions Alma Viva, a nonprofit organization dedicated to promoting vocal music. Founder and artistic director Nadia Neiazy is gearing up to present a fourth consecutive edition of this event featuring an adaptation of a work from the operatic repertoire in Notre-Dame-de-Grace Park in NDG.

After years of talk of the imminent death of opera and prompted by concerns of audiences obstinately refusing to fill halls, vocal music seems to be experiencing a new and unexpected boom. A fresh and bold breath of air seems to be filling the opera world. Established companies and opera halls have apparently succeeding in freeing themselves from the restrictive parameters associated with the formality and respect that was so long believed to be due to this deeply traditional art form, and are looking for new ways of approaching the genre, and thus (re-)conquer audiences. Cultural mediation activities are bursting forth from every corner, and interactive and participatory projects are now part of the programming of almost all opera houses – perhaps, however, continuing to exclude potential audiences who still regard these halls as sacred temples dedicated to tradition, relying on their prestige to guarantee steady ticket sales.

More and more, smaller opera companies base themselves around the principles of putting on forgotten operas, unearthing little-known works, or simply getting intimate with audiences by putting on small shows in unusual spaces.

Productions Alma Viva is part of this movement: founded in 2009 and sustained by its two founders’ passion for vocal art, the organization has a mandate to reach a greater number of people through original and interactive productions linking vocal music and spoken theatre. Many projects and productions later, an idea emerged: if we really want to reach a new audience, people unaccustomed to living arts, it is necessary to go beyond the walls of the theatre and meet audiences on their home territory. It is no longer enough to make efforts to attract audiences to music; we must bring the music to them.

Ainsi font toutes at Opera in the Park 2016

The Charm of the Park

The inspiration for Opera in the Park came thanks to a love affair with a special place: Notre-Dame-De-Grâce Park, especially its abandoned kiddie pool. Well-used by the local residents as a meeting place for everything from skateboarding to tango dancing, the space seemed to be just the place to produce an opera. The idea for Opera in the Park was born.

After many exchanges with dubious parties about the feasibility of such a project, Opera in the Park teamed up with the direction of an established festival anchored in the same community: NDG Arts Week set the stage in 2014 for the first production of Opera in the Park, Henry Purcell’s Dido & Aeneas.

Since then, Opera in the Park has been an integral part of NDG Arts Week and has become one of the most popular events of the festival over the past years. Entire families armed with lawn chairs and picnics — almost 1,000 people — came to last year’s production of Ainsi font toutes, a French adaptation of Mozart’s Cosi fan tutte.

For summer 2017, the project’s artistic director returns to her first love, Baroque music, with Pergolesi’s La Serva Padrona. An intimate, charming, and small-scale work, it seems to especially lend itself to an in situ performance and will be part of the NDG Arts Week programming on the evening of August 23.

Despite the success of Opera in the Park and the project’s potential future, its creators have plenty more ideas in store. A mobile opera that takes over a public space using only rudimentary décor, lighting, and costumes, could emerge and take to the street for a festive and intimate encounter with audiences. Stay tuned next year!