New edition of the CIOC… at last! 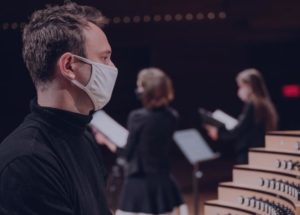 The Canadian International Organ Competition is making a comeback after more than four years. Scheduled for last year, the event, which takes place every three years in October, had to be postponed because of the pandemic. After 2008, 2011, 2014 and 2017, this is therefore the fifth edition of the CIOC and the first with Jean-Willy Kunz as artistic director.

More than a competition, this is a real festival that extends throughout the month. There will be concerts by some members of the jury from Oct. 13, the day before the first semi-final round, and even after the final on Oct. 22 at the Maison symphonique. First up is Martin Baker, followed by William Porter (Oct. 16), Dong-ill Shin (Oct. 17), Helga Schauerte Maubouet (Oct. 20), Rachel Laurin (Oct. 23) and Bernard Foccroulle (Oct 24). Also in the lineup, on Oct. 24, is a gala concert in honor of the late patron Noël Spinelli, co-founder of CIOC in 2006 with Grew.

CIOC activities do not end there. The Festival des couleurs de l’orgue français has teamed up with the CIOC as a partner and will put on four other concerts, every Sunday of the month at 3 p.m. at the Grand Séminaire de Montréal. Thus Joel Peters, Yulia Draginda, Sylvain Caron and Yves-G. Préfontaine are added to the list of performers that the public will be able to hear. In total, a score of events will be presented under the auspices of the CIOC. Justin Bernard
www.ciocm.org

Concerts are coming on strong at Bourgie Hall in its 10th season: a recital on Oct. 17 with the gambist Mélisande Corriveau and the harpsichordist Eric Milnes, a “signature concert” on Oct. 26 with the cellists Jean-Guihen Queyras and Stéphane Tétreault as well as an evening of musical mélange with the Cameroonian singer Gino Sitson, who combines jazz, gospel, blues and traditional African polyphony.
After a forced pandemic break, the cycle of Bach’s complete sacred cantatas continues. Year 7 of this series begins on Oct. 31 with the ensemble Les Idées heureuses led by Geneviève Soly at the organ. Another baroque program takes the form of a lecture-recital by Luc Beauséjour on harpsichord and organ on Nov. 5.

In the final analysis, whether with small or large groups, the Bourgie Hall audience will have something to hear this fall. Take note of a concert by the musicians of Orchestre symphonique de Montréal, on Oct. 29, entitled A Multitude of Quartet Colours, followed by a performance by the Kremerata Baltica ensemble on Nov. 3 in repertoire ranging from Bach to Piazzolla  JB
www.mbam.qc.ca/salle-bourgie

After a year and a half of pandemic, the Montreal Chamber Music Festival can smile again. Three concerts will be presented in October and November. First, on Oct. 18, Les Jeunes Virtuoses de Montréal join a quartet made up of first violin Andrew Wan, violist Barry Shiffmann, cellist Denis Brott, also founder and artistic director of the festival, as well as bassist Eric Chappell, to offer a free concert at Bourgie Hall (registration required). On the program are works by Beethoven and Schubert arranged for string orchestra by Gustav Mahler. On Oct. 19, also at Bourgie Hall, Quebec soprano Karina Gauvin welcomes her friends for a festive evening. Jeanne Ireland, mezzo-soprano, Joseph Kaiser, tenor, and Dominique Côté, bass, will join her in the first book of Brahms’s Liebeslieder-Walzer. Michael McMahon and Olivier Godin, on the piano, will also play Schubert’s four-hands Theme and Variations in B Flat Major. Clarinetist Jean-François Normand performs the third movement, “L’abîme des oiseaux ,” from Messiaen’s Quatuor pour la fin du temps.

On Nov. 8 it will be the turn of Pinchas Zuckerman on violin, Amanda Forsyth on cello and the Jerusalem Quartet to perform string sextets by Dvořák and Brahms. Also on the program is the Adagio from Bruckner’s String Quintet with Pinchas Zuckerman as violist. JB
www.festivalmontreal.org 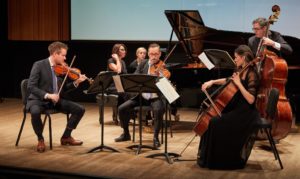 As part of its 41st annual gala, the Allegra ensemble will present concerts on Oct. 20 and Nov. 4. This group takes the stage of Redpath Hall (McGill University) sometimes as a duo, sometimes as a trio, sometimes as a quartet. Among the performers: pianist Dorothy Fieldman Fraiberg, clarinetist Simon Aldrich, violinist Alexander Lozowski, violists Pierre Tourville and Jean René as well as cellist Sheila Hannigan. Programming encompasses a wide variety of composers. On Oct. 20, Jennifer Higdon’s Nocturne for Clarinet and Piano will be heard alongside works by Grieg, Schubert and Tajcevic. On Nov. 4, the music of Beethoven, Bryars, Waxman and (once again) Grieg will be in the spotlight. JB
www.allegrachambermusic.com

On Oct. 23 at 7:30 p.m., at the Rialto Theatre, the Jerusalem Baroque Orchestra and Ensemble Caprice join forces for the first time. The event is made possible thanks in part to the participation of the Montreal Baroque Festival. Performers include the Ensemble Vocal Arts-Québec and Israeli soprano Daniela Skorka. On the program: Charpentier’s Te Deum; Telemann’s Deus: Judicium tuum; and Three Songs, a premiere by composer Jaap Nico Hamburger. Tickets are available at Eventbrite: www.eventbrite.com JB

To open its 2021-2022 season, the Opéra de Québec has chosen L’Elisir d’amore, a comic opera by Donizetti which, in its way, echoes the times in which we live: love, misinformation and the search for miracle cures in a rapidly changing world in search of meaning. This new production directed by Alain Gauthier includes sets and costumes by an all-Quebec team: Ariane Sauvé for the sets, Émily Wahlman for the costumes, Élène Pearson for the makeup, Jeanne Huguenin for the properties and Serge Gingras for the lighting. The cast includes soprano Catherine Saint-Arnaud (Adina), tenor Julien Dran (Nemorino), baritone Hugo Laporte (Belcore), bass Julien Véronèse (Dulcamara) and soprano Lucie St-Martin (Giannetta). With the participation of the Orchestre symphonique de Québec and the chorus of the Opéra de Québec under the direction of Jean-Michel Malouf. Oct. 23, 26, 28, 30, at 7:30 p.m., at the Grand Théâtre de Québec. JB
www.operadequebec.com

ONJ… with a bang 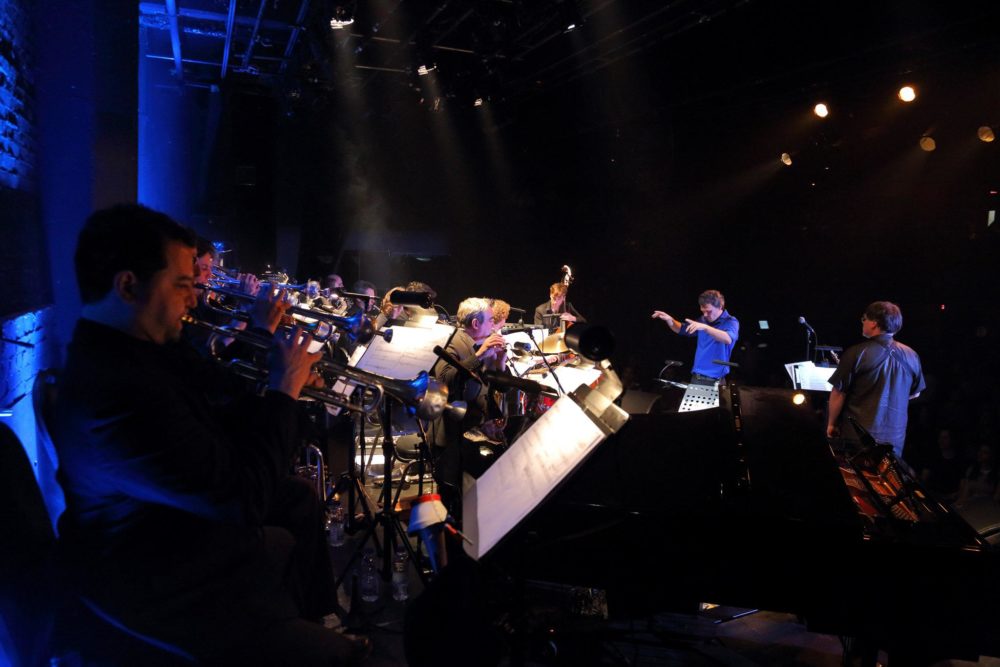 Following its tribute concert to Oliver Nelson last month, the Orchestre national de jazz de Montréal is back with a bang in performances in four cultural centres in as many evenings (Oct. 26 to 29). The band will cover Mystic Mind Suite by its composer-in -residence, trombonist Jean-Nicolas Trottier, a work that can be downloaded from his website (www.onj.ca). Three guest soloists join a cast of 16: Yannick Rieu (tenor and soprano saxes), Sylvain Provost (guitar) and Rafael Zaldivar (piano).
On the strength of its first virtual experience last winter, the Jazz en Rafale festival is doing it again this fall with an edition of seven events, presented this time to an audience at Studio Piccolo, but also offered online as a live transmission or archived until Jan. 3. Under the theme of Cheffe de jazz, this series features groups led by women. After an inaugural performance on Oct. 3 with singer Mireille Boily, the event continues with two quintets, those of saxophonists Annie Dominique (Oct. 20) and Élisabeth Provencher (Nov. 6). The following four concerts take place between Nov. 20 and Dec. 18. We will return to the subject again in the next issue of this magazine. Marc Chénard
www.jazzenrafale.ca