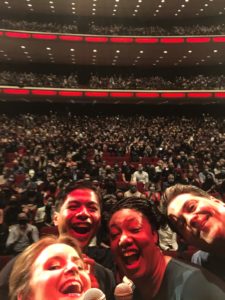 The “mixtape” concert featured the artists-in-residence Atelier lyrique along with its two homegrown and former members: mezzo-soprano Catherine Daniel (Atelier 2008-2010) and tenor Éric Laporte. The singers were accompanied by the Orchestre Métropolitain under the baton of Jacques Lacombe.

The concept of the show was an effective twist on the typical operatic gala concert. The singers Catherine Daniel, Éric Laporte, Mishael Eusebio and  Vanessa Croom also hosted the evening. They made a great effort to be relatable and to appeal to younger audiences, taking even a selfie before starting the concert. Another change  was that no programs were offered. Instead the public was encouraged to browse it on their smartphones.

Here are our comments for the hottest tracks of the evenings:

The overture from La forza del destino by Verdi gave a strong start to the concert. The Orchestre Métropolitain executed the verismo classic in a simple and precise way. It would have been great to also hear some of the vocal highlights that this opera has to offer.

Ironically enough, although not shown in the concert program the trio “Zitti, Zitti, piano, piano” by Gioachino Rossini was one of the highlights of the night. The staging, musicality and acting were on point.  Baritone Geoffrey Schellenberg showcased some great high notes, leaving us wondering if he should use his passage at the Atelier as an opportunity to adventure into the full lyric tenor repertoire. 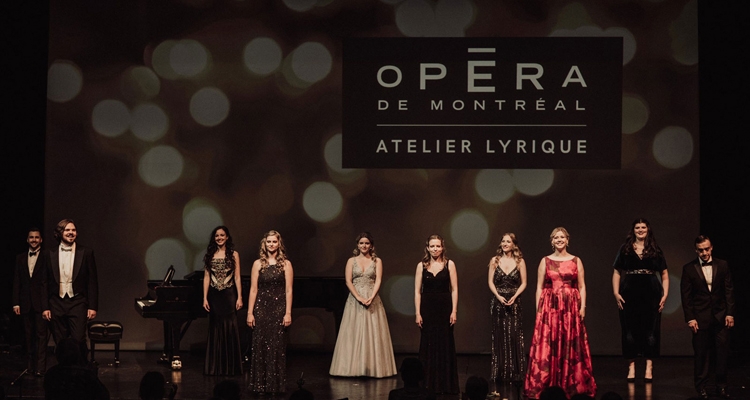 Daniel interpreted a fully hearted rendition of the aria “Voi, lo sapete, O Mamma” from the Cavalleria Rusticana by Mascagni.  She displayed a sensual timbre and a legato comparable to honey. We wish to hear her more often in future productions of Opéra de Montréal.

The aria “Mein Herr Marquis” was a natural fit for Vanessa Croome . The energetic soprano showed great charisma, unforced acting and a voice that flows like a river. She also eloquently presented the concert, watch out Marc Hérvieux!

The concert ended with the romantic duet from the opera Samson et Dalila “Mon coeur s’ouvre à ta voix.” It was a magical ending to an entertaining soirée. Lacombe struck gold with some of the sweet sounds he managed to caress out of the orchestra. Daniels and Laporte’s voices blended in perfect harmony.

We didn’t have enough seasoned singers in the mix: adding a veteran bass, soprano and mezzo-soprano would have given the public a good point of reference to contrast with the young singers from the Atelier. 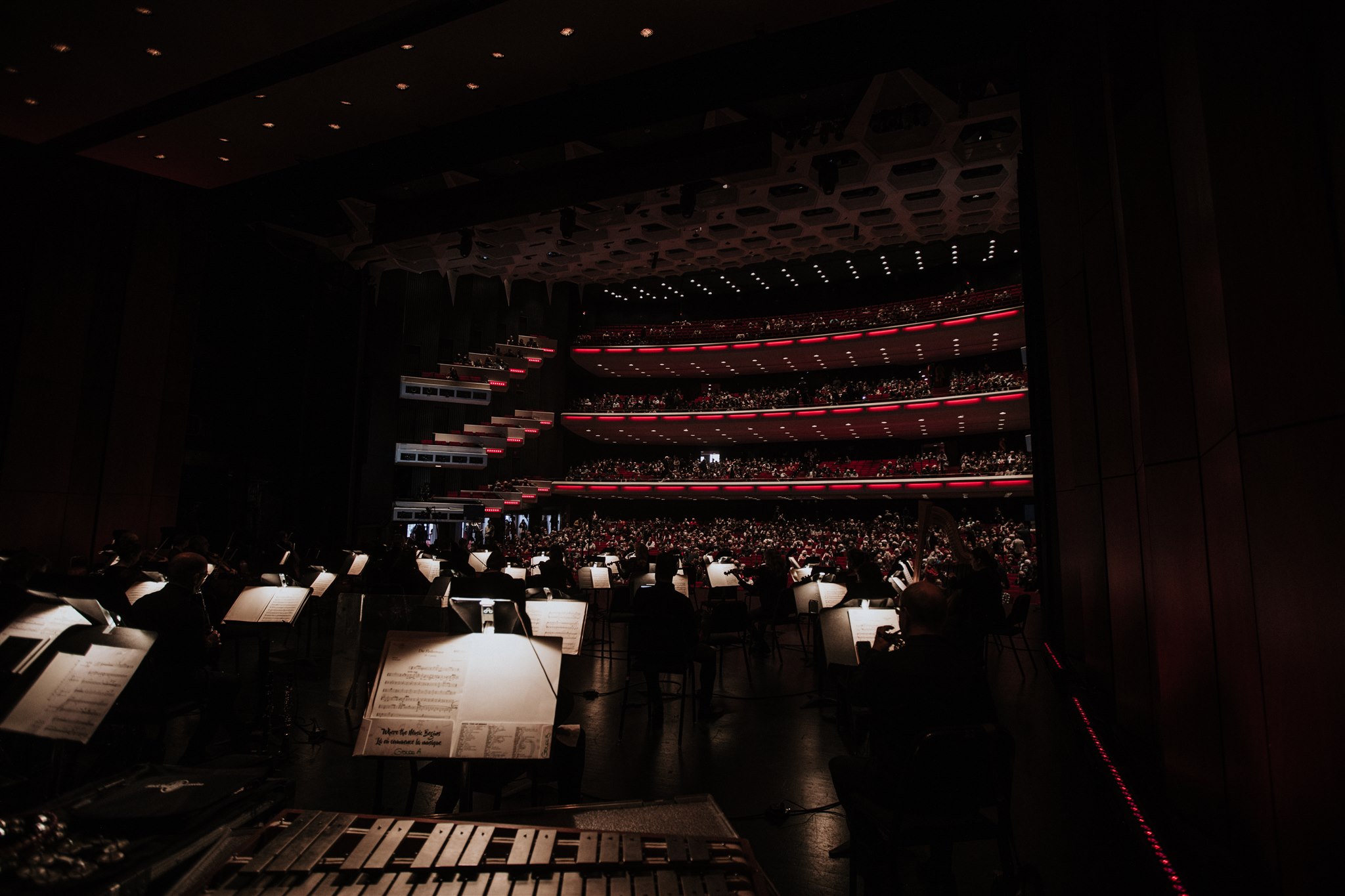 Placing the Orchestra behind the singers wasn’t a great choice. Even with great effort by Lacombe to make the orchestra play softly, in many passages we couldn’t hear the singers.

Laporte’s choice of repertoire was a bit confusing. We would have preferred if he sang lyrical repertoire. There are great arias from Verdi and Puccini that would be more appropriate for his voice type.

The French diction from Daniel was almost unintelligible.

Not having printed programs made it it difficult to identify the performers and the name of the pieces. Not everyone, (particularly the typical opera fan who is 50 and older) has a smartphone, nor is comfortable with surfing the internet on it. Furthermore, the online option was incomplete, citing only the name of the pieces and the composers, and leaving the performers out.