You are at:Home»Classical Music»Contemporary»Nouvel Ensemble Moderne: Back on stage for the Azrieli Prize Gala

The Nouvel Ensemble Moderne (NEM) and its artistic director Lorraine Vaillancourt will open its new season on Oct. 22 with a gala concert presented by the Azrieli Foundation. On tap that evening are three works by the latest recipients of the biennial Azrieli Music Prizes.

At the outbreak of the pandemic last spring, the NEM was forced to push back several of its events to 2021 while developing online activities to bridge the gap until a return to normalcy. Vaillancourt is more than eager to return to the stage, having sorely missed her musicians for such a long period. True to form, she will plunge head-first into a rich musical tradition nourished by so many modern-day composers, with a keen interest in works penned by rising talents. 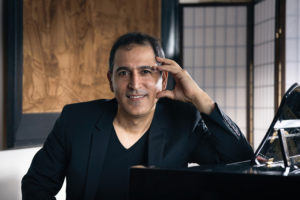 The evening will be unusual in two ways: first, the program, comprising three premieres and a work by the late Pierre Mercure (Dissidence), re-orchestrated by Jonathan Munro; second, the performance itself, set in Bourgie Hall, but with no audience. The Azrieli Prize winners are Montreal’s Keiko Devaux, Yotam Haber of the United States and Yitzhak Yedid of Australia; the Mercure piece, for its part, is a cycle of three songs scored for voice and 14 instruments. This evening is all the more special for the living composers, all of whom are collaborating with the ensemble for the first time.

“I’ve been aware of Devaux for a while,” Vaillancourt admits. “She studied at Université de Montréal, where I am, and was its composer in residence until recently. She even wrote music for us, but I am only getting around to it now. I am also delighted to acquaint myself with the two other awardees, and their scores are just coming in (i.e. in the two weeks leading up to the late-August interview).” 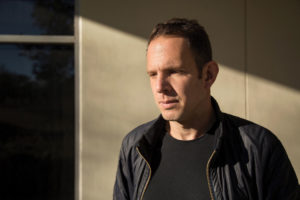 Yotam Haber is artistic advisor of the Mata Festival in New York City, an event co-founded by Phillip Glass to which the NEM is no stranger, having played there before, and one that regularly features resident Jewish composers. Yitzhak Yedid, who lives in Perth, draws as much sustenance from his own culture as his colleague Haber, albeit a little differently. Together they incorporate fragments of Jewish liturgical prayers within a resolutely contemporary music language.

“I have spent quite a few years now exploring my past, with an intent of casting my knowledge in a modern musical framework,” explains Haber. “The scheme of my work is threefold: first, to lift verses written by contemporary Jewish poets; second, to have them sung by a mezzo-soprano and third, to wed them – or contrast them as the case may be – to traditional cantillation and liturgical texts (recited almost exclusively by men), all documented on recordings captured by Leo Levi.”

Yedid, in contrast, has set his sights on the music of the Sepharads, with special emphasis on the microtonal nature of their melodies. Kashosh Kadosh and Cursed is hinged on his pursuit of integrating liturgical materials within a very dense harmonic syntax.

“These are important works,” Vaillancourt states, “substantial in musical and verbal content as well as extended in form, each running over 20 minutes. I am glad the Azrieli Foundation chose us to interpret these scores. As for rehearsals, I will first meet my musicians on the morning of Sept. 21 to work on the Yedid piece, our first get-together in six months.”

In the same breath, the NEM conductor vividly remembers two eye-opening encounters with this musical tradition. “In days gone by, when we staged music biennials, we devoted one to the Middle East and another to peace. The NEM played several works of Jewish composers on those occasions. Around that time, I joined a cultural mission that visited Tel Aviv. I found myself in the company of other musicians as well as visual artists and theatre people, and we met up with a few of their composers. We returned the favour and welcomed some in our midst. Whether we’re aware of it or not, these magnificent liturgical chants of Jewish cantors were impressed on us at one time or another, to the point of being ingrained in our collective imagination.”

Whatever the composer’s roots may be or what inspires the muse, the crux of the matter has to be the musical content of his or her works and how these address the creative spirit. “When I listen to a composer, I rarely ask myself where he or she is from, and less so from what faith,” says Vaillancourt. “Some obviously draw much more on their own cultural and religious precepts than others, and that points to a heightened interest in their life histories, so not forgetting about where they came from is important, yet being open enough to find inspiration in whatever the world has to offer them. Every composer has to measure himself or herself against to this challenge, and that explains why I started that young composers’ Forum so many years ago.”

On the issue of identity, Vaillancourt offers the following observations: “At the inception of the Forum, in 1991, things were such that young composers were still homebound and confined to their surroundings. Nowadays, you have a whole new breed, born in one place, growing up in patchwork families, moving away to study and off to somewhere else to make it in the world.

“So what then is their identity? There is so much more in circulation now, both people and ideas, and we are all enriched by that, even if it asks a lot from us when we seek to integrate all these strands in a meaningful way. How all of this impacts on the individual is a matter of great interest.”

Devaux’s work exemplifies the multiple influences garnered from her many travels across the globe. Such encounters contribute to a cultural crossbreeding, passed on in an important way, according to Vaillancourt, who goes on to provide more background on that composer.

“Keiko is a native of Western Canada, and one of her songs, Arras, refers to a tune she heard when growing up in Alberta. In Europe, she got to know Salvatore Sciarrino quite well, a person who I believe she admires very much. To me, it is not solely a question of roots, but of everything else you learn about in life, like getting acquainted with all European music up to Bartok and Schoenberg. All young composers have to be part of an ongoing movement of discovery, a thrust if you will, and that’s what really counts in the final analysis.”

Originally slated for the fall, the opera L’Orangeraie by Zad Moultaka (on a libretto by Larry Tremblay) is among the NEM events rescheduled for next year. At this writing, both the overture and some selected scenes are the object of an alternate stage production to be released in October as a promotional video teaser. In the month following, the NEM will resume its live activities with a concert at the Abbey in Oka, with two works on its program, one by André Hamel, the other by Sandeep Bhagwati.

For further information on NEM’s concert and online activities: http://www.lenem.ca

The Oct. 22 performance will be broadcast live online on medici.tv and the Azrieli Foundation Facebook page.