You are at:Home»Education»Learning About Music Online: New Developments

Access to information is now more extensive and easier than ever. In fact, our very understanding of knowledge has been redefined by the number of channels at our disposal and the speed at which they work. Traditional media outlets (newspapers, television and radio) are no longer the sole providers of information; they have to compete with social networks, blogs and online portals. Yet this increased accessibility is fraught with danger, the most sensitive issue in our democracies being the spread of fake news. Conversely, the opportunities to expand the scope of knowledge worldwide have never been so ample.

One way to make a case for this is to look at some of the new technological means devised for music education. There are so many digital platforms available out there to learn about music history, theory and composition, websites, apps, smartphones, tablets, virtual-reality headsets and so on. 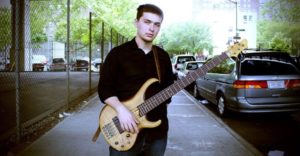 There are hoards of music nerds sharing their insights on YouTube. Adam Neely, for one, is a young jazz bassist and composer who gets several hundred thousand hits on his channel. In his very compact videos, he responds to subscriber queries about himself, his own experiences and larger issues in music. Two other very popular YouTubers among English speakers are David Bruce (his subscribers exceed 90K) and Jacob Collier, whose postings mainly deal with harmonic analysis. PV Nova and Avner clearly lead the pack among French-speaking YouTubers, their subscribers numbering 610K and 520K respectively. While PV Nova provides solid commentary and analysis of contemporary pop, Avner puts together biopics on Bach, Mozart and Beethoven, with him playing the protagonists’ parts.

Apps for Every Occasion, or Just About

Developers seem driven to outdo each other in their never-ending quest to market new mobile apps. There are many areas to explore for a user who wants to shore up his or her musical knowledge, like learning of music history. Classical Music: Master’s Collection enables access to over 100 musical tracks with added YouTube links for each and a further Wikipedia link to the composer’s entry. Music lovers thus have the chance to stream the music they like online while learning more about a given work and its creator.

Next are applications that allow the listener to get acquainted with instruments and the general deployment of the music in the course of an orchestral performance. The aural experience is complemented by visual aids that spot all themes and other elements that relate to the roles played by each section. Also of use for the listener is the scrolling of the score on screen during the performance. Of the apps devised for this purpose, LiveNote was created for the Philadelphia Orchestra, while The Orchestra was the brainchild of conductor Esa-Pekka Salonen and the Philharmonia Orchestra. Beethoven’s 9th Symphony, finally, is just that: an app that unlocks the secrets contained in that masterwork.

In a somewhat more entertaining vein, there are apps aimed at stimulating musical awareness among neophytes and young people, some enabling beginners to get a better feel for rhythm and improve their reading skills.

Epic Orchestra is a game app that verifies how well a listener can stay in step with the music. A number of classical pieces of varying levels of difficulty come with it. We tested two: Rachmaninoff’s Prelude in G minor and Satie’s Gymnopédie No. 1. A number of arrows pointing either right or left descend from the top of the screen as the music unfolds, and the goal is to swipe in the proper direction just before they disappear. Each correct swipe adds to a point total, and the higher the score the closer the user gets to be in perfect synch with the rendition.

Flashnote Derby, for its part, is an app devised for young children and modeled on a horse race. The name of the game is to answer a series of questions; correct responses make the horse speed up while incorrect ones, or hesitations before giving an answer, slow it down.

Two complementary apps, downloadable from musictheory.net, enable users of all ages to get a handle on the sometimes complex terminology of musical analysis. One of these, called Tempo, is a comprehensive index of terms defined in simple words. The other, Tenuto, is a companion workbook of exercises and questionnaires that verify knowledge acquisition.

Learning an instrument, like piano or guitar, can now be done through apps. Some are so good, they could give teachers a good run for their money. Students can elect to study at a rate of their choosing by following a series of progressively challenging lessons. Simply Piano and Yousician are two good examples of this, both of them prominently advertised on YouTube these days. Lastly, Rocksmith is worth a mention, though it is more of a game for guitar heads to fool around with than a didactic tool.