I’m there to serve an idea, serve the music, not so much to transmit my own views or personal concerns […] You have to ask yourself: What does this story say now, how can I give it a contemporary resonance? That’s the real task of a director, making the music and meaning resonate.

The main event of this summer’s ninth edition of the Festival d’opéra de Québec is an eagerly-awaited staging of The Flying Dutchman by Richard Wagner. Under the musical direction of Jacques Lacombe, a cast led by baritone Gregory Dahl will present the mythical story in a production directed by François Girard. It will be the first time the Quebec-born director will stage an opera in his home province. We interviewed this artist, whose career spans music and film.

This is not the first time Girard has entered the world of Wagner. Back in 2004 he directed Siegfried, the third segment of the Ring, at the Canadian Opera Company in Toronto. In 2012 at Opéra de Lyon and in 2013 at New York’s Metropolitan Opera, Girard and his design team presented a new production of Parsifal, Wagner’s last opera. In 2018 the Met revived this staging, giving longevity to Girard’s work as director.

Production of Siegfried at the Canadian Opera Company (2004)

The last few weeks have seen Girard working on his third Wagnerian project. For The Flying Dutchman he has gone back to the origins of Wagnerian style that underlay the Ring cycle, Tristan und Isolde and Parsifal. He explains: “It’s all present in The Flying Dutchman, but in an embryonic state. Wagner is still at the intuitive stage: musical, dramatic, spiritual intuitions of which he is probably only half aware. These ideas came to maturity 40 or 50 years later. In Parsifal, his systems of composition reached transcendence.”

Production of Parsifal, with German bass René Pape at the center, at the Metropolitan Opera (2018)

The Flying Dutchman according to Girard

How do you move from staging Parsifal to staging The Flying Dutchman? Is there a common element, or some shared characteristics? “Essentially, the story of The Flying Dutchman is the story of a girl obsessed by a painting, a portrait, to the point of annihilation.” To illustrate this idea, Girard chose to open the opera with a huge portrait of the Dutchman. It will give the audience a point of entry into the mystical world of the piece.

Girard explains his vision: “Like Parsifal, the theme of redemption has a strong presence. There is also a spiritual quest, and I tried to recreate a certain spirituality in my Flying Dutchman. And I have some questions. Who is this Dutchman? Is he from the past or the future? Some words in the libretto make me think he’s caught between two worlds. Is he travelling the seas or the cosmos? To represent the Dutchman and his ship I and my team have chosen a very cosmic dimension. So the exchange of the treasure doesn’t use gold. We wanted a value vastly superior to that, something spiritual to raise it to the maximum.” 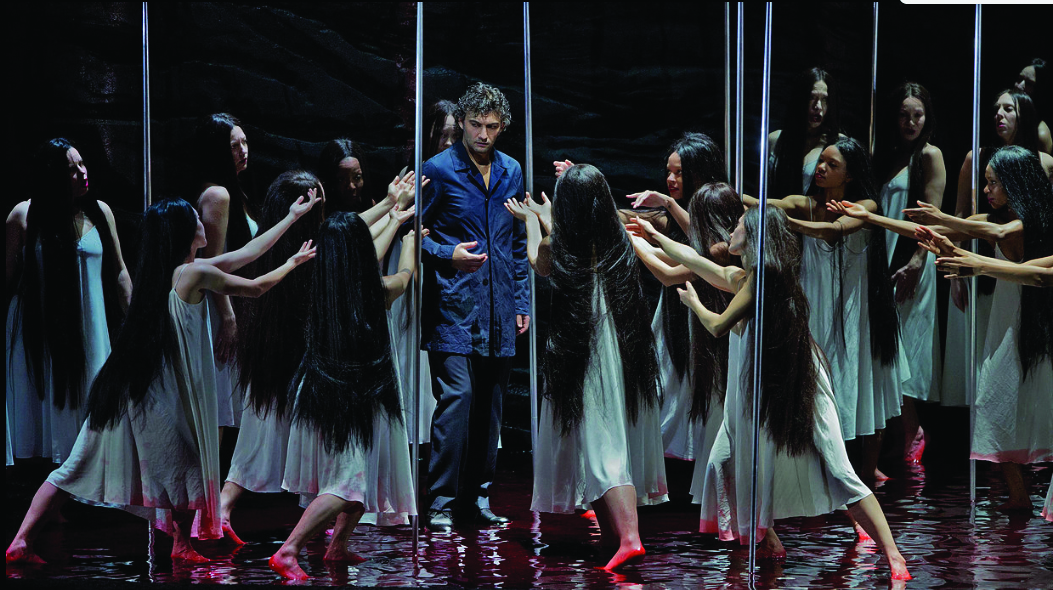 Production of Parsifal, with German tenor Jonas Kaufmann, at the Metropolitan Opera (2018)

This new Flying Dutchman is above all a project destined for the Metropolitan Opera. However, as Girard explains, the Met doesn’t have room for a whole team of designers on stage. And the Met stages operas at a terrifying rate. “We have the advantage of being able to premiere somewhere else, as we did with Parsifal in Lyon. The first version will be performed in Quebec City, and after that it will be added to the Met’s repertoire. There’s even a plan to put on our production at the Amsterdam opera – so the Dutchman will go home at last!”

At present, Girard is travelling between New York and Quebec City, accompanied by his team and the writer Serge Lamothe, with whom he works closely. They were in New York in May, putting up the set and making sure everything was working to plan. “Opera de Québec and its artistic director Grégoire Legendre have been wonderful,” says Girard. “They allowed us to experiment with different methods of staging, which took up a lot of time, obviously. We were able to work on it and bring it all together, whereas at the Met, you normally only have one or two rehearsals before the performance.”

Seamlessly moving from opera to film and music

For Girard, working on an opera is the continuation of an all-encompassing artistic creativity. For example, he directed Thirty-Two Short Films about Glenn Gould (1993), The Red Violin (1998) and, more recently, Hochelaga, terre des âmes (2017). “It’s all basically the same thing. Today [the interview was on May 13 – ed.]I spent the day working with the choreographer Carolyn Choa and my assistant Élaine Normandeau. I was with designers last week. The work of staging, of design, of the text – you get all that with film-making, though obviously here music plays a much larger role. But the way I work is basically the same: find a subject, work with a creative team and forge an experience.”

Whether he’s directing opera or making films, Girard employs a similar approach. While getting ready to fine-tune The Flying Dutchman, he’s already working on his next feature film. Music is at the heart of many of his films, proof that the dialogue between the arts continues.

“For a while I resisted that,” he says. “After Thirty-Two Short Films about Glenn Gould, people offered me music films and I said no. And then I got the chance to do The Red Violin and I just thought, ‘OK, go for it’ and I wrote the film. Sometimes enthusiasm takes over. Music is a language I understand. It’s so powerful and universal, there are no barriers. Even when I’m devising a film, I think more as a musician than as a writer.”

Now for a talk about his career in cinema, especially the famous Red Violin. This won several awards, including the Oscar for best film music, eight Genies and nine Jutra awards (1999), including best Quebec film of the year and best direction. What does Girard remember about this movie, 20 years after it was released? “I’m still working with the same people involved on that film. We found it very moving to work on the Cultural Revolution. Shooting was very intense and I think that was one of the most memorable experiences of my career.”

It’s hard for him – and for any director – to predict the success of a movie. And even if success isn’t forthcoming, the movie, once shot, remains. “There’s something ephemeral about opera: a production is born, is sometimes reproduced, but afterwards it’s gone. That’s still a shock for me. The shock of the ephemerality of live theatre is even stronger for a film-maker. Once you’ve made a movie, it’s there for all time.” The Red Violin is quite a different case: over a thousand concerts of the music composed by John Corigliano and a third release coming soon. Certainly, Girard wouldn’t have predicted this. “It’s a movie that doesn’t want to die. Whatever happens, it bounces back.”

François Girard regards film as a time-machine. This idea was explored not only in The Red Violin, but also in Hochelaga. “As soon as your subject matter outspans a human lifetime, you’re talking about the way beings communicate who haven’t lived at the same time. What are the links that connect us to our forebears? What remains of our ancestors, the great musicians who died 500 years ago? Does something of them linger in me, in all of us? That’s what fascinates me.” 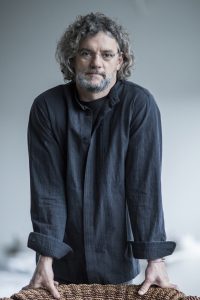 Girard is attentive to history and the women and men who preceded us. This interest leads him to examine the historic links between opera and cinema. “In the 19th century, the great, popular, large-scale entertainment, peppered with special effects, was opera. With entertainers like Chaplin and later the talkies, cinema took over this function. So you can say that cinema was born of opera. The music that helps provide dramatic tension in a film has been passed down from opera. Similarly, today’s film composers are part of a direct line from the old opera composers.”

… And back to directing

Today, examples abound of the give-and-take between opera and film: opera music in film, films based on operas, libretti based on screenplays, video screenings in the theatre. “When I first began working for the stage, the last thing I wanted was a projector or a camera. I wanted to do everything you couldn’t do in film. I saw that theatre people used video a lot. By contrast, film people coming into theatre were more likely not to use it. In the end, though, I decided to incorporate video in my productions.”

But Girard believes the vital thing lies elsewhere. What matters is respect for the work and full comprehension of the text. This particularly applies to the operas of Wagner. “I’m there to serve an idea, serve the music, not so much to transmit my own views or personal concerns. I really think that once you’ve freely chosen to take on a project, you should commit yourself to the work. To tell you the truth, I react badly to what I call kidnappings, where the sense is misrepresented, when people take an opera, for example, to bend it to the director’s vision. Of course, you can’t replicate the stagings of 150 years ago, but you have to ask yourself: What does this story say now, how can I give it a contemporary resonance? That’s the real task of a director, making the music and meaning resonate.”

The Festival d’opéra de Québec runs from July 24 to Aug. 4. The Flying Dutchman by Richard Wagner, directed by François Girard, is presented on July 28 and 30 and Aug. 1 and 3. www.festivaloperaquebec.com