You are at:Home»La Scena Online»Interviews»Catherine Major: from chanson québécoise to opera arias

Albertine, en cinq temps is getting a makeover. For the first time, this play by Michel Tremblay, premiered in 1984, will be adapted as an opera. A few arias have already been composed by singer-songwriter Catherine Major. These will be featured in a pair of concerts. 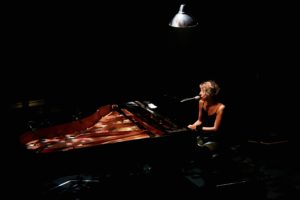 For Nathalie Deschamps, the artistic director of Productions du 10 avril, the choice of Major was obvious. “Michel Tremblay’s words express the heart of who we are, in our Quebec roots,” Deschamps explains. “I wanted to find a woman who shares those roots, who composes music that can be hummed easily and that would also appeal to a different audience. Catherine Major has a background in classical music and has gone back and forth among several styles. This mix of genres, the fact that she can move from one to the other, as well as the verbal musicality that she achieves in her texts, all this led me to call on her.”

The singer-songwriter is delighted that the text remains in joual. “There is something well-rounded in joual, something open, less square; much more than the French of France and even the French that I sing in my songs. This leaves plenty of room for the freedom to compose.” 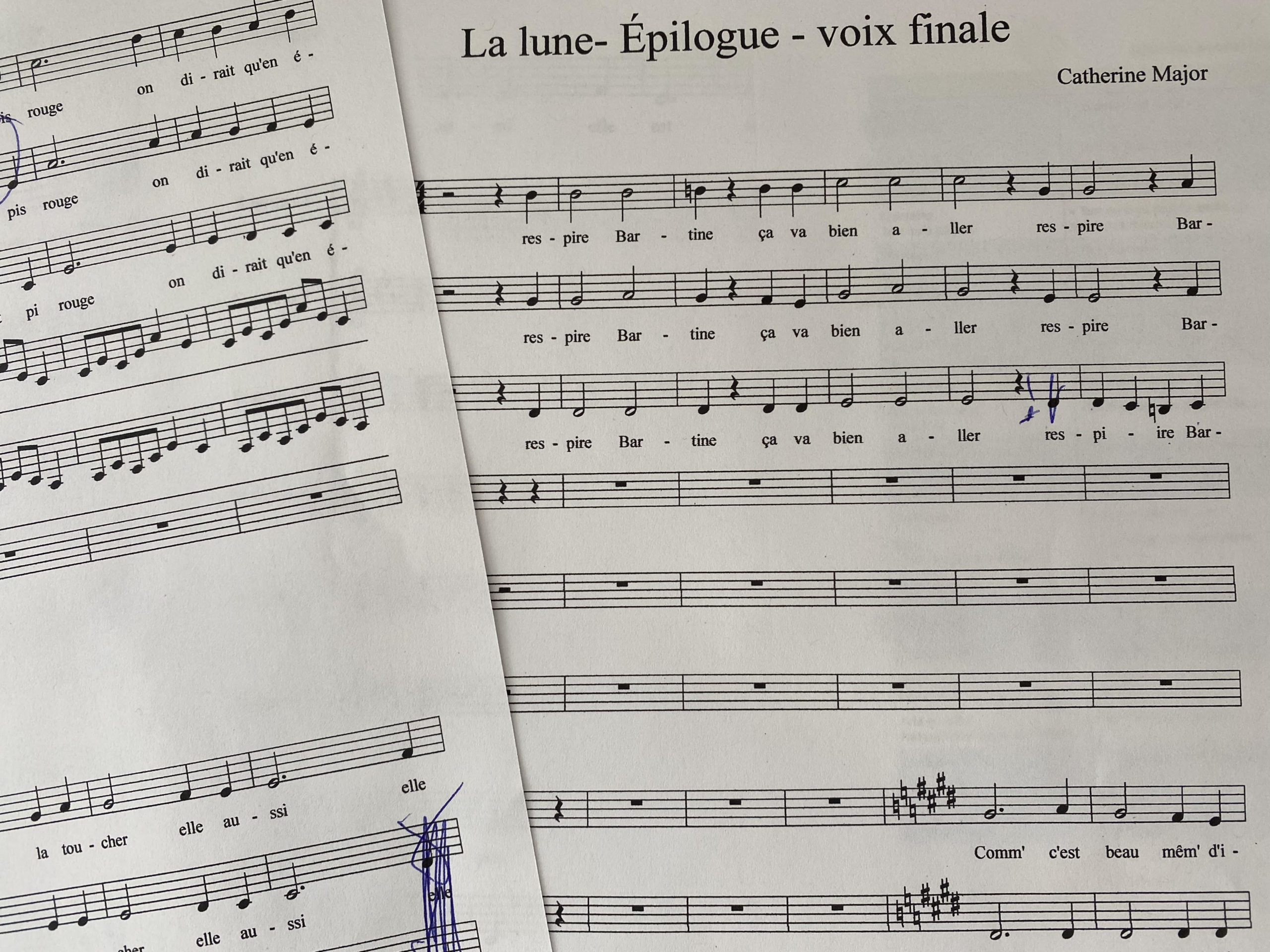 Excerpt of the score

Catherine Major played classical piano from the age of 4 through the end of her bachelor’s degree at university, where she also focused on jazz, composition and the “creation” approach, as she puts it. “I studied the literature and musical analysis, which means that now I really write music, I don’t just play it.” Classical music continues to be part of her life. Some of her songs, like Valser en mi bémol (2008) or Claustrophobe (2020), are marked by this influence. In concert, Major does not hesitate to interpolate a Chopin Ballade or a movement from a concerto by Ravel into a program of her own repertoire, as she did with the l’Orchestre symphonique de Québec in 2013.

This musician with five pop albums to her credit also talks about her journey as a woman: “I have never felt personally intimidated when it comes to my thinking or my feminine style of expression. I’m lucky, you might say. On the other hand, I am aware that women have been fighting for their place for too long and there is still a lot of work to be done, especially in other milieux. I have four children and together with my boyfriend we make a team. But giving birth and raising children is still a big burden. Albertine’s story also reflects this reality. Finally, I find it very beautiful that all the work on the piece is being done by women, from composition to scenography, including the musicians. The message is very powerful.”

Music by Catherine Major on a libretto by the Collectif de la Lune Rouge.

To follow Catherine Major, including the fall tour dedicated to her fifth and latest album, visit www.catherinemajor.com