You are at:Home»Classical Music»Backstage at Carnegie Hall: Opera by Tim Brady

Tim Brady is very single-minded. For six years, he has nurtured his opera about the history of the electric guitar, as personified by its pioneer, Charlie Christian (1916-1942). As a guitarist and ­composer himself, Brady knew quite well that this story would open the door to those who transcend individuals and borders. The life of Charlie Christian effectively aligns not only with the history of the ­electric guitar, but with that of jazz, Black musicians, and the Black community as a whole in its struggles against segregation and racism. Instead of limiting himself to one time period or place, Brady chose to gather all these stories, inject a part of his personal history, and offer a positive vision of the relationships between people of ­diverse races and cultures. 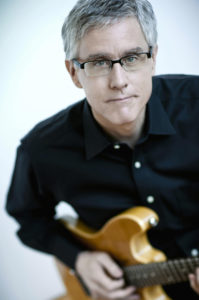 The composer gladly presents himself as an ally to the Black community. He takes after his father in this respect, as he explains: “Since we’ve been in production, I’ve had time to reflect on my roots that have led to this opera. They go back almost 60 years. When I was very young, my father told me many times that he worked with Rufus Rockhead, owner of the Rockhead’s Paradise club. Active since the 1930s, this club was very important to the history of jazz music in Montreal, and equally so to the city’s Black community. By some strange coincidence, my father worked with Rockhead in the 1940s. It was quite rare for a young white man to work in the Black jazz community, but that was his reality.” Later, in the 1970s, Brady remembers going to Rufus ­Rockhead’s jazz bar. “There were two Montreal jazz guitarists—cousins Nelson and Ivan Symonds—who played there almost every night. As a young guitarist, I went to see those legends on multiple occasions, so I have a real connection to this project.”

Sensitive to Black people’s causes in the United States and in Canada, Brady had it in mind to write an opera on the issue of racism. The origins of his favourite instrument already gave him all the story beats. “We know that Charlie Christian is the first big electric guitar soloist, confirmed by many ­documents—records, photos, films, etc. For me, as an electric guitarist, this is absolutely where it all starts. In the 1930s, there were white big bands (with Benny Goodman, Glenn Miller) and Black big bands (with Fletcher Henderson, Duke Ellington, Count Basie), but there were no mixed groups. In 1938, Benny Goodman had the idea to create a jazz group with white and Black people. It was revolutionary.”

Inspired by this historical fact, Brady wanted to recreate the ­conditions for a collaboration that would bring together people from different communities and thus achieve what he calls a multiracial project. “As a white composer, I said that if I wanted to make an opera about racism and a Black guitarist, I absolutely had to include Black artists. For cultural reasons and to ensure credibility, but also to deepen my understanding of the subjects, I contacted the Black ­Theatre Workship (BTW), the oldest Black theatre company in Canada, and asked if they could help me find a Black librettist or director. This Montreal company supported me a lot for four to five years; they helped me find Audrey Dwyer and Cherissa Richards, as well as ­costume and set designer Nalo Soyini Bruce.”

Brady and Dwyer’s creation, titled Backstage at Carnegie Hall, is a big source of ­satisfaction. The composer and librettist have redoubled their ambition to create an opera that transcends both eras and borders. They only hope the values of the internal dialogue that have been built into this opera over the last five years will be heard by the public. “I remember having been ­enchanted by the booklet ­because it captured something extraordinary. It described characters with such clarity and with many linguistic variations. I am overjoyed to have a booklet so well written,” Brady says. 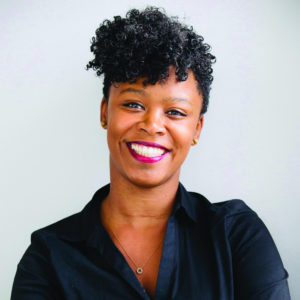 The action starts with Charlie Christian and Benny Goodman’s famous Carnegie Hall concerts in 1938 and 1939. Behind the scenes, the main character (played by Ruben Brutus, on the cover) meets a woman with supernatural powers who helps him travel through time: whether to the past in the years 1920 and even 1902 to meet Orville Gibson, founder of the Michigan Gibson Guitar Co., or to the future (to 2014 Toronto). This is how opera singer ­Marian Anderson, a feminist and anti-racist icon, makes an appearance in the opera, as with the previously mentioned Rufus Rockhead, who appears in 1930s Montreal. “All sorts of historical figures cross Charlie ­Christian’s path and offer new experiences or perspectives on racism,” Brady explains. “Opera as a musical genre has nothing to do with ­reality. The characters on stage sing about their emotions, their ­impulses. From that moment on, anything is possible. This is partially the point of opera, thanks to the spatio-temporal journey: to get away from our current reality so we can look at it differently.” 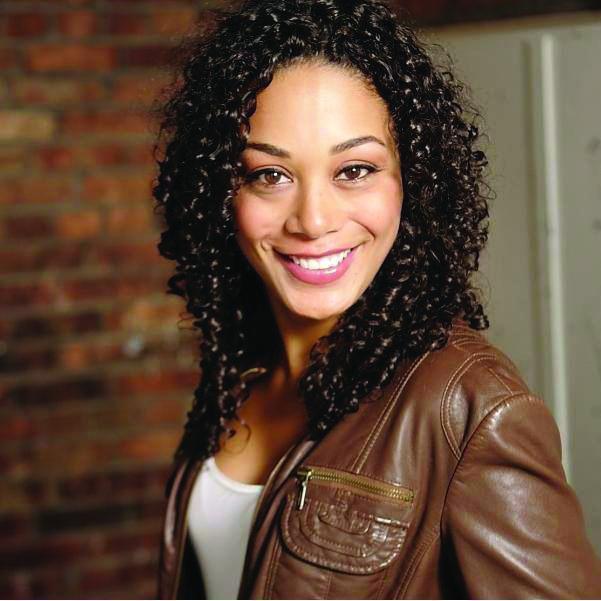 Faced with the budgetary constraints associated with the creation of an opera, Brady and Bradyworks production have opted for simple but evocative stage direction and decoration, without video projections. To make this happen they have turned to Cherissa Richards—stage ­director for only five years, actor for 20—who was recommended to them by a colleague at the École national de théâtre. “My mentor ­always told me to do opera when I had the chance, and Tim Brady gave me that chance,” Richards says. “It’s extremely stimulating to work with conductor (Véronique Lussier), the producer, the musicians, the artists… We collaborate with all the different show composers. In opera, we end up creating tableaux vivants on stage. There is no ­choreography or movement throughout the space on the same level as theatre. The music must always come first.”

The other big question was knowing how to set the stage for a story with such an ambitious project that explores several decades while ­remaining within the budgetary limits. “We have to make an impression, generate an aura around each of the different eras. It’s possible to do this with audio, lighting, and movement, but above all it’s a question of focusing more on the story and less on sleight of hand when ­travelling from one period to another.”

Richards was immediately challenged by the subject of the opera. “In our era, I find it beautiful to write stories about Black people who have never been heard of. We don’t know enough about Charlie ­Christian, and in today’s world with the growth of the Black Lives ­Matter movement, I am excited to tell these stories. Now that the world of arts is becoming more open and inclusive, we are seeing more of these stories, something that would have been impossible just 20 years ago. And what a way to do it, within the context of the opera, about a jazz guitarist! What an ingenious spirit, that Tim! We never thought these two musical genres would come together like this. As for Audrey, she is a very talented playwright and a leader in the theatre community.”

Charlie Christian’s era could certainly have served as an inspiration for Brady. The composer’s style is broadly labelled jazz, but in reality it’s very infrequently called swing, a fashionable style in the guitarist’s circles, characterized by a strong dancing allure. “There’s only a brief reference to swing at the end of the opera’s first scene, but it’s not my music. It’s essential to create art that belongs to us. I decided I would go full Tim Brady with an electric guitar and a distortion pedal. The music is very rhythmic and mainly modal. If we listen to John Coltrane, for example, his music is very modal with lots of notes in chromatic passages. The jazz from 1955-95, the hard bop, bop, free-form jazz and fusion are styles of jazz that have influenced me the most.”

For Brady, Backstage at Carnegie Hall remains first and foremost a drama set to music. “There are slow, fast, dreamlike, strong, and conflicting movements like in free-form jazz. I also ­integrate two- to three-minute mini-arias during which the singer takes ­centre stage. It is necessary to link these moments to the rest of the action and not to make the audience feel that there is a break, as in traditional operas. When the characters interact, I try to use rhythm and syncopations that reflect spoken language so the singers do not always start on the first beat of a ­measure. If we want to ­explore the emotional or psychological dimension of the characters, we must let them express themselves in advance.”

The BTW and the Toronto company Tapestry Theatre helped Brady in searching for singers. “The first workshop was held in Toronto, where there’s the greatest pool of Black opera singers. We found ­several, but we also found Sino-Canadian Alicia Ault to play the Time Traveller (another aspect of our multiracial production). We held a second workshop in Montreal at the Centaur Theatre. The size of the hall was ideal for five singers and four musicians on the same stage. It sounded really good for music sung with light amplification.” The first première will take place in this theatre on Sept. 23, followed by another performance on Sept. 24. “It will be performed in English at the heart of Centaur’s English community, but English/French ­subtitles will be equally available. I have high hopes that, thanks to this decision, francophone viewers will feel welcome.

Backstage at Carnegie Hall. Music by Tim Brady with librettist Audrey Dwyer and stage director Cherissa Richards. Ruben Brutus (Charlie Christian), Alicia Ault (Time Traveller), Fredericka Petit-Homme (Marian Anderson), Clayton Kennedy (Benny Goodman, Orville Gibson), Justin Welsh (Rufus Rockhead, Clarence Christian). Véronique Lussier, conductor. Presented at Centaur Theatre, Montreal on Sept. 23-24. Please note that this opera is the first in a series of a four-opera cycle about social ­issues like racism and the control of information. The second opera, Information, will be set in Montreal in October 1970; it is confirmed to be in production for April 2024.