This Week in Toronto (Sept. 30 – Oct. 6)
– Joseph So
With the arrival of autumn, the Toronto classical music scene is brimming with delectable offerings. The Russian conductor Valery Gergiev, currently at the Met conducting Eugene Onegin, will be in town on Sunday Oct. 6 at 2 pm, conducting the Mariinsky Orchestra in an all-Stravinsky program of The Firebird, Rite of Spring, and Petrouchka. Any visit by Gergieve and the Mariinsky is an occasion. This event is bound to sell out. http://roythomson.com/eventdetail/mariinskyorchestra 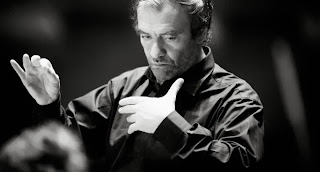 Conductor Valery Gergiev
The long awaited opera season is finally upon us, with the Canadian Opera Company offering the ever-popular La boheme, paired with Britten’s Peter Grimes, on the occasion of the latter composer’s centenary.  The Puccini warhorse is a co-production with Houston Grand Opera, and it is a traditional take on this piece, a rarity in the current Regieoper aesthetic. Audiences will remember the venerable Skalicki production that had served the COC for something like a quarter century, still serviceable but really ungainly, requiring three intermissions.  So it’s wonderful to have this new production with its swift scene changes.   There will be a total of 12 performances, double cast – and in the case of Rodolfo – triple cast!  The two originally announced Rodolfo withdrew and now we have three excellent tenor replacements in Dimitri Pittas (Duke in Rigoletto last season), Michael Fabiano (Rodolfo for Opera Lyra Ottawa last season), and Eric Margiore. Mimi is shared by Italian Grazia Doronzio and Canadian Joyce El-Khoury, the latter in her company debut. El-Khoury will also sing eight performances of Musetta, the other four will be sung by former Ensemble Studio member Simone Osborne. Baritones Joshua Hopkins and Phillip Addis share Marcello, and American bass Christian Van Horn is Colline. Celebrated Italian maestro Carlo Rizzi makes his COC debut. I am familiar with almost all the voices and there’s not a weak link in the cast.  Two performances this week (Oct. 3 and 6 at the Four Seasons Centre) http://coc.ca/Home.aspx

Soprano Joyce El-Khoury and conductor Carlo Rizzi during rehearsal of COC La boheme
The Britten piece stars the great Canadian heldentenor Ben Heppner in one of his signature roles. Heppner wowed audience and critics last season when he brought his justly famous Tristan to the COC, singing with heart-felt sincerity and firm tone. We can expect another memorable experience with his Grimes, a role he has sung in many of the most important opera houses in the world. Former COC Ensemble Studio soprano Ileana Montalbetti is Ellen Orford. American baritone Alan Held, another frequent guest, is Balstrode. Canadian tenor Roger Honeywell sings Bob Boles and baritone Peter Barrett is Ned Keene. COC Music Director Johannes Debus conducts his first Grimes. The opera opens on Oct. 5. 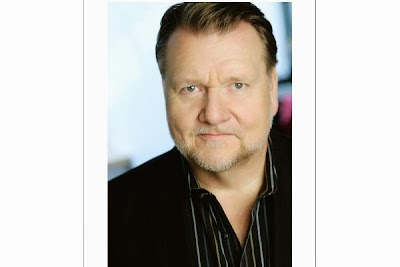 Tenor Ben Heppner sings Peter Grimes
Music Toronto, the venerable chamber music presenter, opens its season with a return visit of the Jerusalem Quartet. This chamber group was introduced to Toronto audiences two years ago and it’s good to have them back in a recital of works by Mozart, Shostakovich and Dvorak. Thursday October 3 8 pm at the Jane Mallett Theatre. http://music-toronto.com/

Jerusalem Quartet performs with Music Toronto
The Royal Conservatory Orchestra under the baton of Julian Kuerti (for those who don’t know, he is the son of Canadian pianist Anton Kuerti) will be performing Tchaikovsky’s violin concerto with soloist Luri Lee, a Rebanks Fellow of the Glenn Gould School. Also on the program is Dance of the Seven Veils from Richard Strauss’ Salome, and Stravinsky’s Rite of Spring. http://www.rcmusic.ca/ 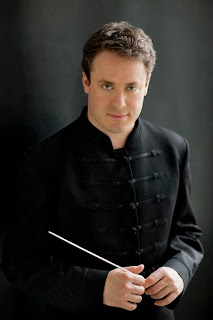 VOICEBOX, formerly known simply as Opera in Concert, is presenting Mozart’s The Stressed Out Impresario, more conventionally known as Der Schauspieldirektor, or more simply as The Impresario. It’s a short one-act comic opera with spoken dialogue, in English in this performance. It’s an amusing piece about a theatre manager driven to distraction by dueling prima donnas. On this occasion, the theatre manager is OIC’s very own Guillermo Silva-Marin.  The two divas are Leigh Ann Allen and Vania Chan. http://www.operainconcert.com/index.htm
Tafelmusik Baroque Orchestra is presenting Baroque Austria, in its newly renovated Trinity St. Paul Centre, now known as the Jeanne Lamon Hall. Violinist Manfredo Kraemer leads the Tafelmusik forces in an interesting program of music by Fux, Biber, Schmelzer, Rittler and Muffat. Five performances (Oct. 3, 4, 5, at 8 pm, and Oct. 6 at 3:30 pm, plus a single performance at the George Weston Recital Hall in North York on Tuesday Oct. 8 8 pm). http://www.tafelmusik.org/