You are at:Home»Classical Music»Orchestral»This Week in Toronto (Sept. 20 – 26)
Advertisement / Publicité 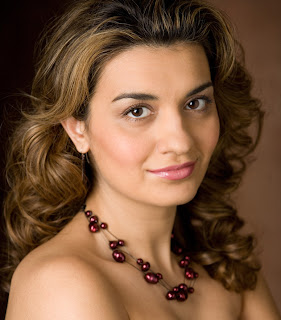 While it is sad that the memorably sizzling summer is all but a distant memory, Torontonians can console themselves with the start of an equally hot fall music season. Several major music presenters start their season this week, chief among them the Toronto Symphony Orchestra on Thursday September 23 8 pm at Roy Thomson Hall with Mahler’s Symphony No. 2, “Resurrection”. Soloists are soprano Isabel Bayrakdarian and mezzo Susan Platts, two of the brightest lights in the Canadian musical firmament. Supporting them is the Toronto Mendelssohn Choir. TSO Music Director Peter Oundjian is on the podium. This concert is repeated on Saturday September 25 at 8 pm. For information and tickets, go to http://www.tso.ca/Concerts-And-Tickets/Events/2010-2011-Season/Opening-Night-Mahler-Resurrection-Symphony.aspx
Canada’s premiere baroque band Tafelmusik opens its season on Wednesday September 22 7 pm with Lyrical Baroque, a mixed program of works by Handel, Vivaldi, Telemann, Fasch and Conti, under the direction of its leader Jeanne Lamon. Soloists are soprano Shannon Mercer in arias from Il pastor fido, and Eric Hoeprich playing the chalumeau, described on the Tafelmusik website as “an early clarinet”. The concert takes place at its usual venue, Trinity St. Paul’s Centre on 427 Bloor Street West. The concert is repeated on Thursday, Friday, Saturday all at 8 pm, with the last performance on Sunday at 3:30 pm. For details and tickets, go to http://www.tafelmusik.org/concerts/concert_LyricalBaroque.htm
While the Canadian Opera Company‘s mainstage show Aida isn’t due to open until October 2, its free concert series at the Richard Bradshaw Amphitheatre kicks off on Tuesday noon with Meet the Young Artists showcasing new and returning members of the COC Ensemble. The new singers this year include Ambur Braid, Jacqueline Woodley, Rihab Chaieb and Christopher Enns. I’ve heard all four of them – Enns in a recital at Heliconian Hall some months ago, and the three women at the COC President’s Council Season Opening Event two weeks ago. All of them have lovely voices and are valuable additions to the Ensemble. Returning are Simone Osborne, Neil Craighead, Wallis Giunta, Adrian Kramer, Michael Uloth and Ileana Montalbetti. The noon hour concerts are free and extremely popular, so be sure to line up 45 minutes in advance to ensure a seat. Go to http://coc.ca/PerformancesAndTickets/FreeConcertSeries/September2010.aspx to download a pdf file of the program.
The Tapestry New Opera Works under the direction of its long-time leader Wayne Strongman opens Opera Briefs: a program of Opera Scenes by John Harris, Stephen Andrew Taylor and Gareth Williams. It takes place on Thursday Sept. 23 at 8 pm at the Ernest Balmer Studio, 55 Mills Street in the Distillary District. Soloists are Tapestry regulars Carla Huhtanen, Keith Klassen and Peter McGillivray. Joining them is mezzo Kimberly Barber in her Tapestry debut. This show is repeated on September 24 at 8 pm and on September 25 at 4 pm. For more information, go to http://www.tapestrynewopera.com/