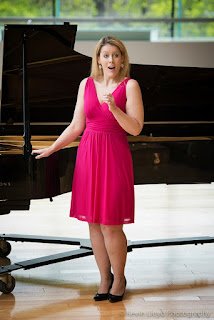 Soprano Karine Boucher, Co-MC of Centre Stage 2015 (Photo: Kevin Lloyd)
The big news for voice fans this week is the 2015 Centre Stage, also known as the Canadian Opera Company Ensemble Competition. Every year at around this time, aspiring young singers across Canada, pre-selected through an auditioning process, are invited to compete for a spot in next year’s COC Ensemble Studio. As the premiere young artist program in Canada, it has nurtured many singers who have since gone on to significant careers at home and abroad.  This year, there are eight singers chosen to appear on Centre Stage on Tuesday, November 3rd at the Four Seasons Centre. They are sopranos Samantha Pickett and Eliza Johnson, mezzos Emily D’Angelo, Lauren Eberwein, Marjorie Maltais and Pascale Spinney, as well as baritones Zachary Read and Bruno Roy.  The Co-masters of  Ceremonies this year are soprano Karine Boucher and tenor Charles Sy, both current members of the COC Ensemble and winners of previous Centre Stage competitions. COC Music Director Johannes Debus leads the COC Orchestra on the mainstage, the third year of this new format. Previously, the competition was in the Richard Bradshaw Amphitheatre. First, Second and Third prizes worth $5,000, $3,000 and $1,500 are awarded in addition to an Audience Choice Award worth $1,500. Select finalists are also invited to join the Ensemble for next season, to be announced at a later date.  This is a great event for young artists, and it doubles as a fundraising event for the COC.  Tickets to the event including a pre-competition reception in the lobby is $100. For those with deep pockets, a post-competition dinner on the stage of the FSC is a cool $1,500 a plate. Call 416-363-8231 if you are interested!  For more information on the candidates, click on http://coccentrestage.ca/finalists/ 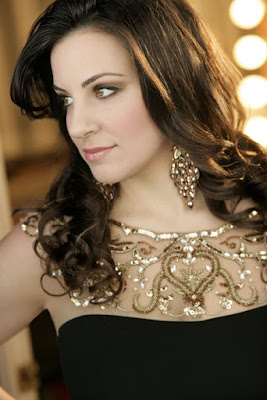 Meanwhile, this is the tail end of the COC fall season, with the last two performances of La traviata (Nov. 4 and 6) and three of Pyramus and Thisbe on Nov. 5 and 7 at the Four Seasons Centre. For the first time in memory, the COC is doing two performances of an opera on the same day, Nov. 7. This is possible because Pyramus and Thisbe, even when combined with the two Monteverdi fragments, lasts just one hour and fifteen minutes. The singing is superb, with mezzo Krisztina Szabo, baritone Phillip Addis and tenor Owen McCausland.  Johannes Debus is at the helm. I attended opening night of La traviata, with husband and wife team of Ekaterina Siurina and Charles Castronovo wowing the audience as the star-crossed lovers. The authentic Verdi baritone of Quinn Kelsey sounded great as Germont. I also saw the superb opening performance of the all-Canadian cast on Oct. 16, with soprano Joyce El-Khoury an outstanding Violetta, tenor Andrew Haji in his role debut a beautifully sung Alfredo, and baritone James Westman a warm and heart-felt Germont, all under the baton of Marco Guidarini. Either cast you won’t be disappointed. http://www.coc.ca/ 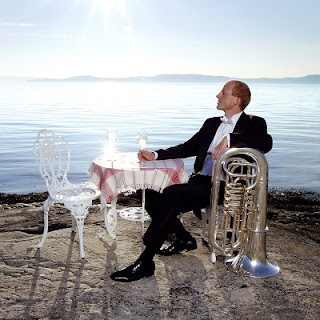 The Toronto Symphony Orchestra has unusual programming this week, presenting Big Bold Brass, a concert that puts the Brass Section front and center. Society sometimes makes fun of brass instruments for sure – “brassy” is an adjective we use to describe loud people, particularly women. Tuba is a much maligned instrument, especially the Wagner tuba. Well, not at this concert! Norwegian tuba player Oystein Baadsvik is the soloist, in a program that ranges from Ride of the Valkyries from Wagner’s Die Walkure to John Williams’ Superman March.  Sameer Patel, one of the few South Asian American conductor in the business, is at the helm. This is a shorter “pops concert” show designed to attract the younger crowd. Performances on Nov. 7 at 2 and 4 pm.  http://tso.ca/en-ca/concerts-and-tickets/2015-2016-Season/EventDetails/Big-Bold-Brass.aspx 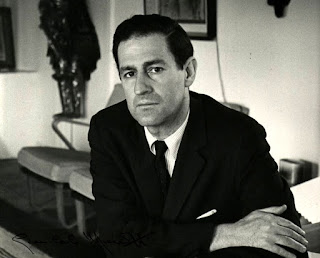 American composer Gian Carlo Menotti
The University of Toronto Faculty of Music’s opera program is presenting American composer Gian Carlo Menotti’s ever-popular The Medium/The Telephone.  One hardly ever sees this on the main stages at opera houses, but it’s regularly performed in conservatories, probably because of its manageable length and the vocal writing so ideally suited to young voices. Sandra Horst conducts the voice students of U of T. Michael Patrick Albano directs The Telephone and Anna Theodosakis The Medium. All performances at the MacMillan Theatre, Edward Johnson Building at 7:30 pm on Nov. 5, 6, 7,  and 2 pm on the 8th. 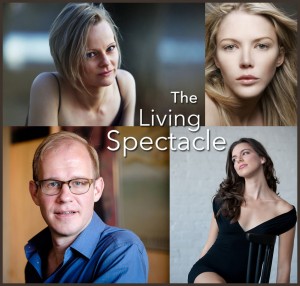 Canadian Art Song Project’s The Living Spectacle
The Canadian Art Song Project, founded by tenor Lawrence Wiliford and pianist Steven Philcox in 2011, is presenting The Living Spectacle, their first concert of the season on Saturday, November 7 at 7:30 pm. The venue is the Extension Room, 30 Eastern Avenue near King Street East and Cherry Street in downtown Toronto. This concert features two Canadian song cycles. The first is Sewing the Earthworm by Brian Harmon, which I heard memorably sung with great dramatic intensity by soprano Carla Huhtanen at the Richard Bradshaw Amphitheatre, Four Seasons Centre two years ago. The second cycle is The Living Spectacle by Erik Ross, together with songs by Richard Strauss and American composer Libby Larsen, performed by Ambur Braid and Carla Huhtanen, with dancer/choreographer Jennifer Nichols and pianist Steven Philcox.  The mandate of CASP is to “reinvigorate and rediscover the art song recital focusing on Canadian repertoire, while highlighting other art songs that may not be as well known to Canadian audiences.”  http://www.canadianartsongproject.ca/concert- 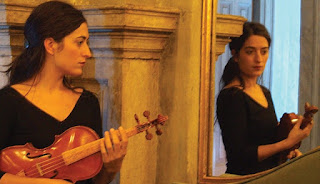 Tafelmusik Baroque Orchestra presents Baroque Masters, with guest director and violinist Elisa Citterio, who is making her Tafelmusik debut, on Nov. 5, 6, 7, 8 in their usual venue of Trinity St. Paul Centre.. On the program are works by Corelli, Locatelli, Vivaldi, and Fasch, plus Bach’s Violin Concerto with Maestra Citterio as soloist. http://www.tafelmusik.org/concert-calendar/concert/baroque-masters