Even with the 2015 fall opera season consigned to history, there are still a few interesting concerts for the die hard voice fans. Met-Auditions winner and former COC Ensemble Studio soprano Simone Osborne is the soprano soloist in Mahler’s Fourth Symphony with the Toronto Symphony Orchestra. This is part of the TSO’s Decades Project that explores the ten years from 1900 to 1909 where European arts and culture underwent revolutionary changes.  This is a really exciting project which was brought home to me when I visited the Art Gallery of Ontario this week. The AGO and TSO have teamed up to explore stylistic parallels in music and the visual arts in that time period. (There’s also a new initiative to bring music back to the AGO – see further down on this column.) Osborne is also singing two great crowd-pleasing arias – “Song to the Moon” from Rusalka and “Depuis le jour” from Louise. Rounding out the program is the exciting Dance of the Seven Veils from Strauss’s Salome. At the helm is guest conductor Michael Sanderling, who is the son of  the great then East German conductor Kurt Sanderling, whom I had the great good fortune to hear several times back in the 1970’s. This concert is not to be missed.  Two performances, on Nov. 12 and 14, 8 pm at Roy Thomson Hall.   http://tso.ca/en-ca/concerts-and-tickets/2015-2016-Season/EventDetails/Mahler-Symphony-4.aspx 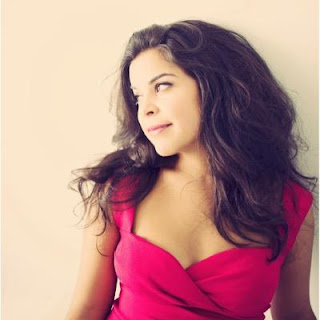 Soprano Simone Osborne (Photo: Bo Huang)
You’ve got to hand it to Music Toronto – this organization has brought numerous pianists to Toronto for their debuts. This time its Swedish-born, UK-trained pianist Peter Jablonski, who will be making his Canadian debut with this recital. He’s playing a very wide-ranging program of Szymanowski, Chopin, Scriabin, Grieg, Rachmaninoff and Copland/Bernstein. Tuesday November 10 8 pm at the usual venue of Jane Mallett Theatre, St. Lawrence Centre. http://music-toronto.com/piano/Jablonski.htm 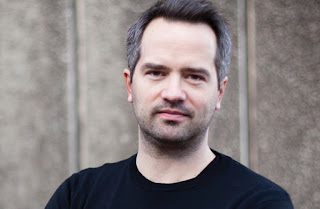 Swedish pianist Peter Jablonski
This week also marks the return of conductor/composer Rob Kapilow and his ever popular concept show of  What Makes it Great? to the TSO. This time it’s the analysis of a truly great 20th Century masterpiece, the Rachmaninoff Piano concerto No. 2. The soloist is young Canadian pianist Alexander Seredenko.  Performance on Friday the 13th (!) 7:30 pm at Roy Thomson Hall. http://tso.ca/en-ca/concerts-and-tickets/2015-2016-Season/EventDetails/What-Makes-It-Great-Rachmaninoff-Piano-Concerto-2.aspx 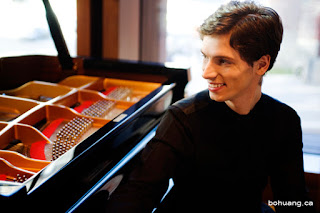 Go to the TSO webpage to hear an audio clip of Maestro Kapilow giving us his thoughts on the Rachmaninoff No. 2. You can also see him in action, with this Youtube clip, from the Banff Centre a few years ago. Eric Friesen introduces Rob Kapilow and his lecture. https://www.youtube.com/watch?v=8XVFCPlEj3k 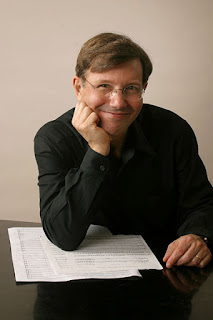 Conductor/composer Rob Kapilow
The TSO concludes a busy week with a concert by the Toronto Symphony Youth Orchestra under conductor Shalom Bard at the George Weston Recital Hall in North York on Sunday Nov. 15 at 3 pm. The centerpiece is Brahms Symphony No. 1, the Waltz and Polonaise from Tchaikovsky’s Eugene Onegin, and a modern piece by Canadian composer John Estacio, Frenergy. 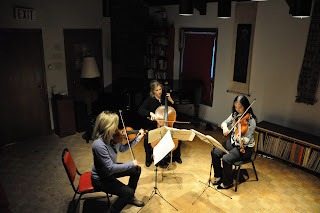 Trio Arkel at rehearsal (Photo: www.marieberard.ca )
The Trio Arkel was founded by COC concertmaster Marie Berard, together with violist Teng Li and cellist Winona Zelenka. This chamber group will be giving two concerts in Toronto this week. The first is on Monday Nov. 9  7 pm at Heliconian Hall in Yorkville. On the program are works by Beethoven, Haydn as well as Canadian composer Michael Oesterle’s Warhol Dervish, this last piece unfamiliar to me. A check on Google tells me it’s a new piece as of this year. You can get a taste in this sound clip –   https://soundcloud.com/michaeloesterle/warhol-dervish-ii-toronto-2015/sets   You can find out more information on Trio Arkel from Marie Berard’s website  http://marieberard.ca/trio-arkel/  The second concert is a free noon hour recital at the Richard Bradshaw Amphitheatre, Four Seasons Centre, on Tuesday Nov. 10 with the same program minus the Haydn. http://www.coc.ca/PerformancesAndTickets/FreeConcertSeries/November.aspx 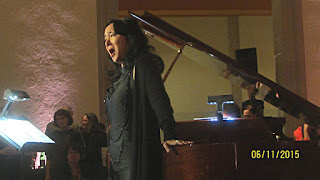 Mezzo soprano Marion Newman at the AGO (Photo: Joseph So)
As mentioned at the top of this week’s column, the Art Gallery of Ontario is inaugurating AGO Friday Nights this month.  This new initiative brings together music and the visual arts, given the natural synergy between the two art forms. In fact, AGO has had a long history of music within its confines.  I recall attending short pieces performed by Opera Atelier, way back in the early 1980’s. It’s wonderful to see the AGO embracing music once again.  The Decades Project involves a collaboration with the Toronto Symphony Orchestra, with their musicians performing pieces at the AGO. The current exhibit from the Tate in London, JMW Turner: Painting Set Free is coupled with performances by Tapestry Opera, featuring works evocative of the visual themes and elements in many of Turner’s works – the sea, the storm, the light and darkness. Canadian pianist/composer Adam Sherkin plays the works of Adams, Berio, Liszt, Beethoven, as well as two of his own compositions. Mezzo Marion Newman sings an eclectic program of songs and arias from Purcell’s “When I am Laid in Earth” Dido and Aeneas to Bizet’s “Habanera” from Carmen to Elgar’s Sea Pictures to Sherkin’s Shade and Darkness and Light and Colour, inspired by Turner’s paintings.  I attended the opening Friday on November 6th. The Walker Court was filled to overflowing, with plenty of people standing or sitting on the steps. The event was an unqualified success. There will be three more performances of this program in subsequent Fridays in November. Future Friday programming will follow so stay tuned!   http://www.ago.net/fridaynights 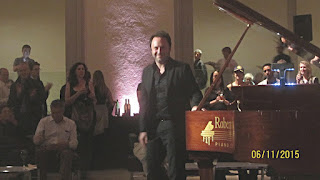