You are at:Home»Classical Music»Orchestral»This Week in Toronto (Nov. 8 – 14)
Advertisement / Publicité 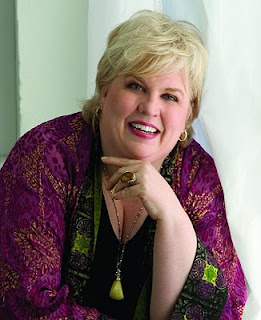 With the Canadian Opera Company and Opera Atelier having wrapped up their fall season, there are fewer vocal events on offer this week. However, a major piece of news is the return of American soprano Christine Brewer to Toronto, as soloist in the Toronto Symphony Orchestra‘s Glagolitic Mass. This work, sometimes called the Slavonic Mass, is one of the glories of the 20th century oratorio repertoire and has earned its rightful place in the standard repertoire. It requires massive forces – four soloists, a double chorus, organ, and a large orchestra. It is the opening show of the TSO’s two-week Slavic Celebration. Brewer is one of my very favourite singers. I’ve heard her many times, as Ariadne, Ellen Orford, Aegyptische Helena, Alceste, a concert Isolde, and most recently as Lady Billows – her soprano is a magnificent instrument and any chance to hear this phenomenal singer is not to be missed! Other soloists include Canadian tenor John Mac Master, mezzo Nancy Maultsby, and baritone Tyler Duncan. Peter Oundjian leads the TS forces. Opening night is Wednesday Nov. 10 8 pm at Roy Thomson Hall, and the concert is repeated on Thursday. The second TSO program on Saturday Nov. 13 and Sunday Nov. 14 is Stravinsky’s Firebird Suite, together with Glinka’s Overture to Ruslan and Lyudmila. Also on the program are two concertos, Lutolawski’s Cello Concerto with cellist Colin Carr, and Dvorak’s Piano Concerto in G Minor with pianist Natasha Paremski. For information and tickets, go to http://www.tso.ca/Home.aspx
Another very interesting event is the first Toronto International Piano Competition that has been going on all the past week. The event is sponsored by the Chinese Cultural Centre. The finals will take place at Koerner Hall, 7:30 pm this Monday. It is the concerto round, with orchestra conducted by Kerry Stratton. The semi-finals was last Saturday, so the three finalists have already been chosen, although not yet announced on the website. If you are interested in attending the finals at Koerner Hall, go to their website to see if there are still tickets available. The renowned jury panel includes Arie Vardi (Yundi Li’s teacher), Yong Hi Moon, Marietta Orlov, and Marc Durand, among others. The jury chair is Yoheved Kaplinsky, the head of piano department at the Juilliard. Vardi, Kaplinsky and Moon gave masterclasses last week. This finals is well worth attending. For more information, go to http://www.cccpianocompetitions.org/international.html and/orhttp://performance.rcmusic.ca/viewallconcerts
UPDATE: I have just heard from the Competition publicist Linda Litwack. The three finalists have been chosen: Vakhtang Kodanashvili, 32, originally of the Republic of Georgia, now living in South Bend, IN (Tchaikovsky: Concerto No. 1 in B flat minor) Jiayan Sun, 20, of China, currently studying in New York (Prokofiev: Concerto No. 2 in G minor) Kirill Zvegintsov, 27, of Ukraine, currently living in Bern, Switzerland (Ravel: Concerto in G) Each will perform a piano concerto with the Toronto Concert Orchestra and conductor Kerry Stratton, Monday, November 8, 7:30 p.m. at the Royal Conservatory’s Koerner Hall, 273 Bloor St. W. Tickets, $25-35, are available from (416) 408-0208 or www.rcmusic.ca. At the conclusion, the distinguished jury will name the winners, who will be presented $28,000 U.S. in prizes. The first-prize winner receives $15,000 U.S. along with orchestral and solo concert engagements. Second prize is $8,000 U.S., and third, $5,000 U.S. The event will also stream in live video at www.cccpianocompetitions.org/international.html. More info may be found on the website. This is going to be an exciting event Monday evening and it is well worth attending!
Tafelmusik is presenting a program of Handel, Rameau, and Charpentier this week at their usual venue, Trinity St. Paul’s Centre. Soloists are soprano Johannette Zomer, mezzo Vicki St. Pierre, tenor Lawrence Wiliford, and baritone Peter Harvey. Ivars Taurins conducts. Concerts are on Thursday Nov. 11, repeated on Friday, Saturday and Sunday. For information and tickets, go to http://www.tafelmusik.org/concerts/concert_HandelDixitDominus.htm
On the opera scene, there’s the Toronto Operetta Theatre presenting A Gala Offenbachienne, starring soprano Leslie Ann Bradley, tenor James McLennan, and baritone James Levesque. It takes place at the Jane Mallett Theatre in the St. Lawrence Centre at 2 pm on Sunday Nov. 14. Go to http://www.torontooperetta.com/ for more information.
Finally, a most intriguing event! Urbanvessel presents Voice-Box, a new opera by Juliet Palmer with libretto by Anne Chatterton. According to their own website at http://urbanvessel.wordpress.com/, the work is “a genre-crossing, interactive performance that blows the lid off gender and power dynamics with cheekiness, raw talent and real fighting. Voice-Box brings together the sweet science of boxing and the power of the singing voice, defying assumption about female aggression.” The show takes place at Harbourfront Centre and runs Nov. 10 to 14.
This is of course not specific to Toronto, but the Met Live in HD continues with Don Pasquale starring the Russian soprano sensation Anna Netrebko as Norina. Ernesto is Matthew Polenzani, and Dr. Malatesta is Mariusz Kwiecien. The conductor is supposed to be James Levine, but a friend attended the performance on November 10. James Levine took ill after act 2 and was replaced for act 3. He has been in frail health in recent years, and it remains to be seen if he will conduct the HD transmission on Saturday Nov. 13.