You are at:Home»Classical Music»Vocal»Opera»This Week in Toronto (May 5 – 11)
Advertisement / Publicité 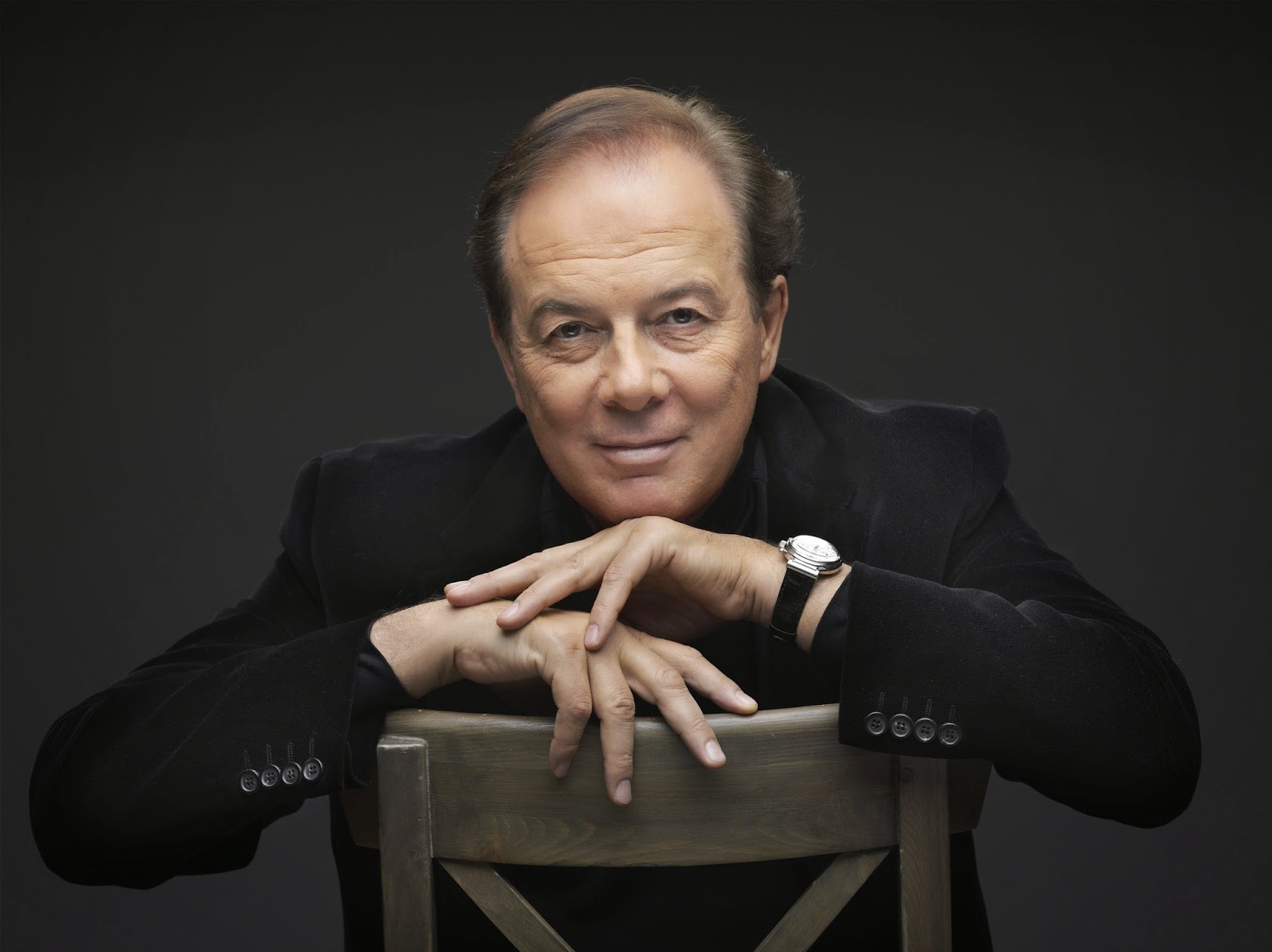 Bass Ferruccio Furlanetto (Photo copyright: Igor Saharov)
The big news this week is the opening of Massenet’s Don Quichotte, the third of three Canadian Opera Company‘s productions this spring. With Hercules and Roberto Devereux, the COC is batting an amazing 1.000 musically and artistically. It’s a good bet that the Massenet will be equally strong. For one thing, it boasts a superb cast led by Italian Ferruccio Furlanetto, one of a handful of great basses of our time in one of his signature roles. Georgian mezzo-soprano Anita Rachvelishvili, who made her COC debut as Carmen two seasons ago, returns as Dulcinee.  Sancho Panza is Hawaiian baritone Quinn Kelsey, last heard as a sensational Rigoletto two seasons ago. COC Music Director Johannes Debus is adding the Massenet opera to his ever-expanding repertoire.  Two performances this week, Friday May 9 :30 pm and Sunday May 11 2 pm at the Four Seasons Centre.  In the meantime, you can still catch Roberto Devereux on Saturday May 10 at 4:30 pm.  http://coc.ca/Home.aspx 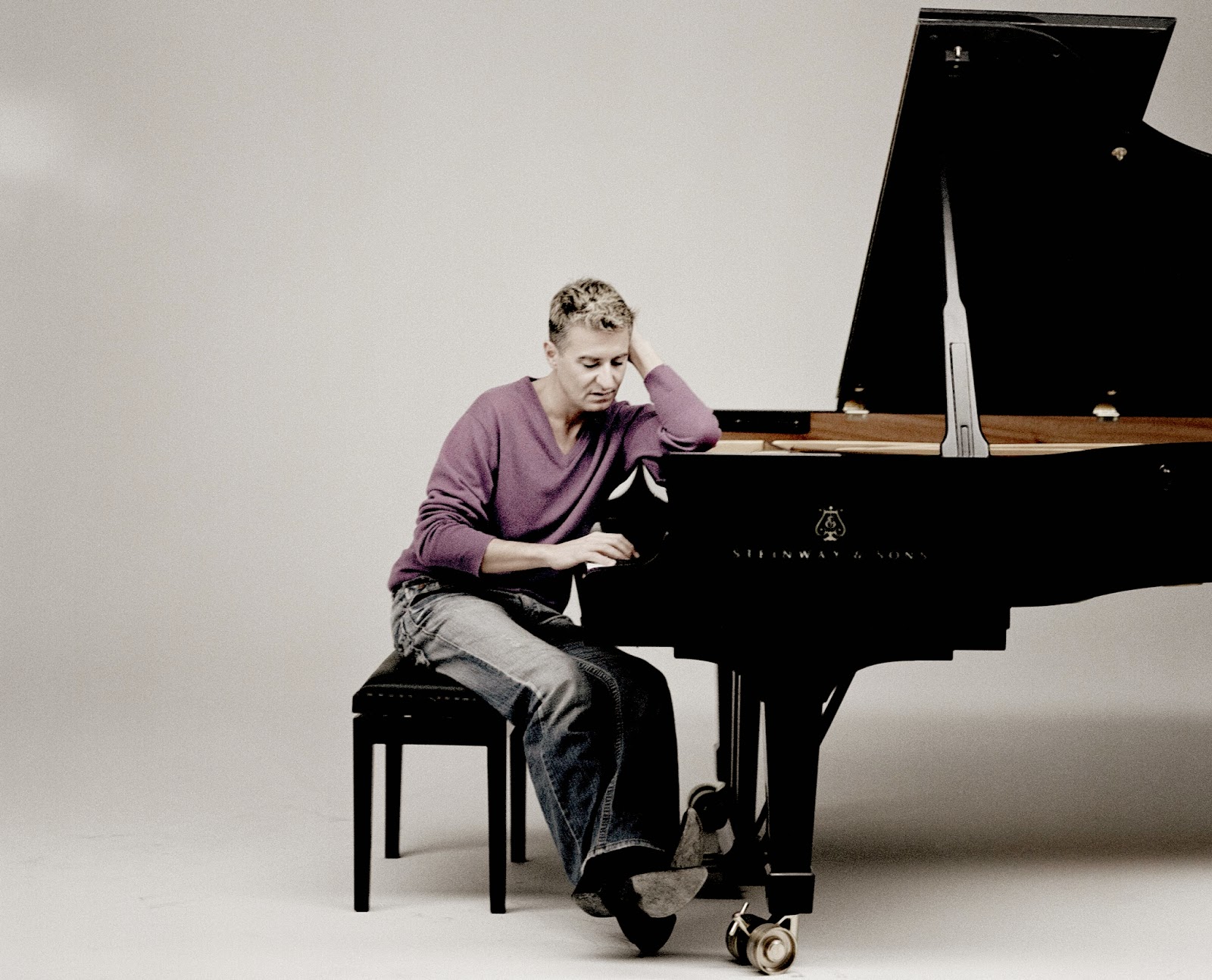 Jean Yves Thibaudet (Photo courtesy of IMG Artists)
The wonderfully talented and extraordinarily colourful – his socks as well as his musicianship! –  pianist Jean Yves Thibaudet is in town this week as soloist with the Toronto Symphony Orchestra to play an unfamiliar work, James MacMillan’s Piano Concerto No. 3 “Mysteries of Light” composed specifically for Thibaudet. These performances mark its Canadian premiere.  The concert opens with the frothy overture from Rossini’s comic opera La scala di seta, and concludes with the ever-popular Tchaikovsky Symphony No. 6 “Pathetique” conducted by TSO music director Peter Oundjian. Performances on Wednesday May 7 and Thursday May 8, 8 pm at Roy Thomson Hall. On Saturday May 10 and Sunday May 11, the MacMillan concerto is replaced by Shostakovich Piano Concerto No. 1. The May 10 concert at RTH is truncated, so no Rossini overture. The May 11 is at the intimate and acoustically wonderful George Weston Hall in North York. http://tso.ca/en-ca/Home.aspx 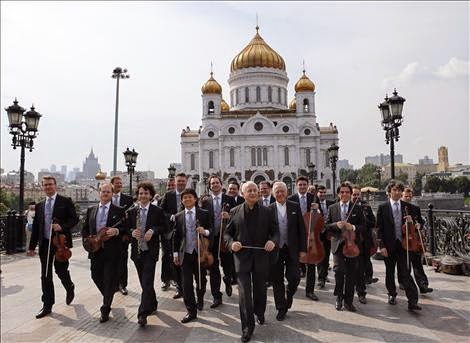 Moscow Virtuosi and conductor Vladimir Spivakov (Photo: Show One Productions)
Russian conductor Vladimir Spivakov is leading the Moscow Virtuosi Chamber Orchestra in its 35th anniversary tour, under the auspices of Svetlana Dvoretsky’s Show One Productions. This ensemble is special in that it is made up of some of the best players in various orchestras in Russia. They will perform works of Mozart, Tchaikovsky, Shostakovich and Piazzolla on Friday May 9 8 pm at Roy Thomson Hall. I was unable to find additional details of the program.  There is a post-performance reception in the lobby of RTH featuring “Canadian-Italian Daniela Nardi’s jazz-world project Espresso Manifesto”. http://www.roythomson.com/eventdetail/mvco Mezzo soprano Allyson McHardy (Photo: Bo Huang)
Canadian mezzo soprano Allyson McHardy, a former member of the COC Ensemble Studio, has made a notable career in the last few years in Canada and Europe, particularly France. From bel canto to contemporary works, she combines beauty of tone, musical intelligence and communicative power. I last heard her as a sympathetic Sister Helen Prejean in Opera de Montreal’s Dead Man Walking a year ago. She is back this spring with the COC, as Sara in Donizetti’s Roberto Devereux. This show has a stellar cast dominated by the incredible Sondra Radvanovsky, not to mention audience favourite Canadian baritone Russell Braun and fast-rising American tenor Leonardo Capalbo. But Allyson McHardy more than held her own. Now’s a chance to hear her in recital on Tuesday noon at the Richard Bradshaw Amphitheatre, in a program called Of Love and Longing, in which McHardy and collaborative pianist Liz Upchurch present Two Songs by Johannes Brahms (with violist Keith Hamm), and a song cycle, The Confession Stone, by Robert Fleming. The Fleming piece was made famous by the great Canadian contralto Maureen Forrester. Thanks to the wonders of Youtube, you can catch her performing this (audio only) – https://www.youtube.com/watch?v=T2gRu7lSfYc Incidentally, her performance was re-issued a few years ago on Gala Records, and I wrote a bio of Forrester that appeared in the liner notes of this release.  The noon hour concert concludes with the Canticles II by Benjamin Britten, sung by COC Ensemble Studio tenor Andrew Haji. Details of the program at http://files.coc.ca/pdfs/concert140506.pdf