You are at:Home»Classical Music»Vocal»Opera»This Week in Toronto (May 12 – 18)
Advertisement / Publicité


We are in the final two weeks of the Canadian Opera Company’s season.  It’s arguably the strongest spring presentation by the COC, ever.  For me, the jewel in the crown is Donizetti’s Roberto Devereux, thanks to the incredible vocalism of Canadian-American soprano Sondra Radvanovsky.  I saw the performance last Saturday and it was an unforgettable experience. The rest of the cast aren’t too shabby either, with baritone Russell Braun (Nottingham), mezzo Allyson McHardy (Sara), and the debut of tenor Ernesto Ramirez (Roberto). The audience went wild at the end, on their feet cheering. We have a new tenor for the three remaining performances – Spaniard Jose Bros, who is a very well known bel canto specialist with a career focused in Europe. He has sung the title role with none other than the great Edita Gruberova. Performances this week on Thursday May 15th 7:30 pm and Sunday May 18th 2 pm.  The third production, Massenet’s Don Quichotte starring the great Italian bass Ferruccio Furlanetto, opened last Friday. The beautiful production from Seattle Opera captures the inherent romanticism and whimsy of the piece, and Furlanetto was astounding in his embodiment of the role of the quixotic knight. The audience reaction was extremely warm, for a work that probably very few had previously seen. That tells you that when something is well done and respects the spirit of the work, it is appreciated. I have written a full review which you can access through this link – http://blog.scena.org/2014/05/don-quichotte-brilliant-end-to.html  Performances this week on Wednesday May 14 and Saturday May 17. http://coc.ca/Home.aspx 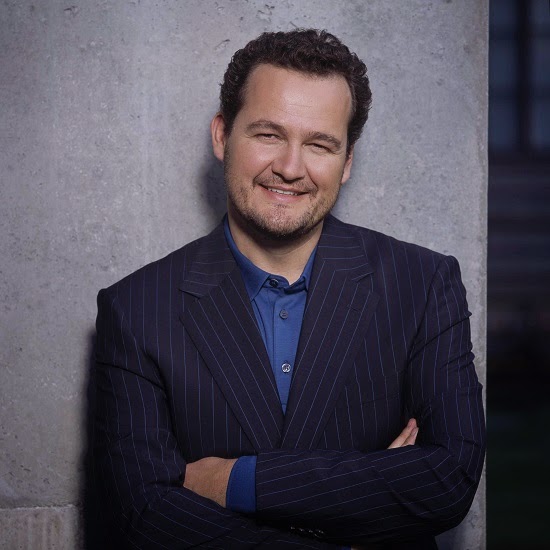 Baritone Russell Braun, one of Canada’s best known opera singers and a Canadian Opera Company audience favourite, is currently singing Duke of Nottingham in Roberto Devereux. and a fabulous Nottingham he is! He combines powerful vocalism with dramatic intensity – the confrontation scene with Sara (Allyson McHardy) is frightening.  His Count di Luna was equally scary, come to think of it!  On Tuesday May 13, we’ll get to experience another side of his art, in Journeys of the Soul, a noon hour recital at the Richard Bradshaw Amphitheatre. On the program are two deeply introspective works, Samuel Barber’s Dover Beach, based on text by English poet Matthew Arnold, and Gabriel Faure’s song cycle,  La bonne chanson, Op. 61.  Braun’s warm and beautiful baritone is ideal in these pieces. Joining him are members of the COC Orchestra (violinists Marie Berard and Dominique Laplante, violist Keith Hamm, cellist Paul Widner, bass Alan Molitz, and pianist – also Braun’s wife – Carolyn Maule. Be sure to show up an hour ahead to ensure a seat. Program details at  http://files.coc.ca/pdfs/concert140513.pdf
Also interesting is a chamber music concert of Handel and Albinoni, with soprano Sasha Djihanian and members of the COC Orchestra (violinists Liz Johnson and Paul Zevenhuizen, violist Keith Hamm and Brandon Chui, cellist Alastair Eng and harpsichordist Paul Jenkins). Djihanian is soon to graduate as a member of the COC Ensemble Studio. She will be featured in a Farewell recital next week, but for now, she is singing two arias from Handel’s Giulio Cesare – ‘Da tempeste’ and ‘Piangero’, plus ‘Moriro, ma vendicata.’ Incidentally, you can hear Djihanian singing ‘Da tempeste’ beautifully with excellent agility at the 2011 Cardiff Singer of the World where she represented Canada – https://www.youtube.com/watch?v=enNuRtbPmak  Performance at Thursday May 15 noon at the Richard Bradshaw Amphitheatre. 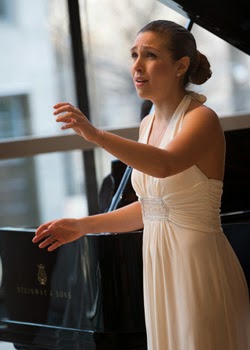 To mark the Victoria Day Weekend, the Toronto Symphony Orchestra is presenting a program of (mostly) British music, Purcell’s Dances from the Fairy Queen followed by Mendelssohn’s Scottish Symphony – never mind that Mendelssohn was actually German but visited Britain ten times in his life and had great successes there.  For a change of pace, there’s also Alberto Ginastera’s Harp Concerto, with TSO Principal Harp Heidi Van Hoesen Gorton as soloist. May 15 2 pm and May 17 8 pm at Roy Thomson Hall. The performance on Wednesday May 14 is part of the Afterworks Series, starting at 6:30 pm and no Harp Concerto. British conductor Michael Francis is the guest maestro.  http://tso.ca/en-ca/Home.aspx